STATE WORKERS FLOOD HOTLINE: Corrections officers, hospital staff and other Maryland public employees have flooded a state hotline with calls since the government admitted it has shortchanged many workers for overtime, night shifts and special assignments that involve extra pay, writes Josh Hicks for the Post.

JUVIE SENTENCE CHANGES: Maryland inmates who are serving parole-eligible life sentences for crimes they committed as juveniles may now be considered for minimum-security and pre-release facilities under a new state policy — which means they could be allowed to participate in work-release programs in the community, reports Alison Knezevich for the Sun. Public Safety Secretary Stephen T. Moyer this month reversed rules that for two decades barred any Maryland lifer from being placed in a facility that is below medium-security.

IN RX POT BUSINESS: The people lining up to profit from Maryland’s legal medical-marijuana market include former sheriffs and state lawmakers, wealthy business executives and well-connected political donors. Fenit Nirappil and Aaron Gregg of the Post write a series of stories on those who want in.

MARYLAND DRAGS ON RX POT: At its current rate, Maryland is on pace to be one of the slowest of all states to establish a medical-marijuana program in the nation — from passage of legislation to retail sales of the product, according to the Marijuana Policy Project, reports CJ Lovelace for the Hagerstown Herald Mail.

FRACKING FIGHT REVIVAL: Maryland regulators are paving the way for energy companies to begin fracking in the state once its moratorium on the controversial gas-extraction process ends in the fall of 2017, Josh Hicks of the Post reports. Meanwhile, state lawmakers opposed to the drilling method, technically called hydraulic fracturing, have begun making plans to permanently ban it during the next legislative session. 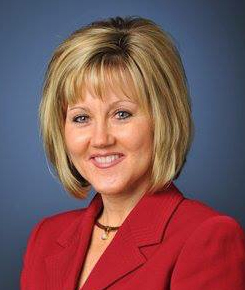 CRAIG LEAVES CABINET: David R. Craig, who finished second in the 2014 Republican primary for governor, is leaving the Cabinet of former rival Gov. Larry Hogan next month to head the Maryland World War I Centennial Commission, writes Michael Dresser in the Sun. Craig will be succeeded as secretary of planning by Wendi Peters, who now serves as his deputy. Craig, 67, became the only one of Hogan’s three rivals for the nomination to take a position in the new administration when Hogan became governor in January 2015.

FRANCHOT MAKES WAVES: In a Q&A for the Daily Record, Bryan Sears sits down with Comptroller Peter Franchot, who has served in that position for 10 years, building a reputation as a Takoma Park liberal turned fiscal conservative, an independent voice on the Board of Public Works and a more-than-occasional thorn in the side of governors, legislative leaders, county executives and school officials. Democrat Franchot has used the BPW as a bully pulpit, developed a “strategic partnership” with Republican Gov. Larry Hogan and become ostracized by many in his own party. He’s become a populist favorite in many parts of the state and also a target of fellow Democrats.

ON JUDGE WILLIAMS: If there is a bright spot in the widespread damage done to Baltimore and Maryland by the Freddie Gray conflagration and its aftermath, it is the sterling performance of Baltimore Circuit Court Judge Barry G. Williams, opines Barry Rascovar in a column for MarylandReporter.com. He ruled only on the basis of facts and the law. He didn’t let mob psychology or the passions of protesters seeking a scapegoat deter him from doing his duty as an officer of the court.

UNCHARTED TERRITORY: In a series for the Annapolis Capital, Christina Jedra reports on transgenderism and the military. Alexandra Marberry, 23, is one of at least 17 Naval Academy graduates who have come out as transgender, but she may be one of the first to serve her entire career openly. Over a year ago, her position as a naval officer and her identity as a trans woman could not co-exist. But since last July military separations related to trangenderism have been effectively halted as the department considers the policy implications of open trans service. Now, department officials said they plan to announce repeal of the ban Friday.

PG COUNCIL MAY GROW: The Prince George’s County Council is considering a charter amendment that would add two at-large seats to the panel, expanding the county legislature from nine to 11 members, reports Arelis Hernandez for the Post. The proposal is part of an ongoing government reform effort aimed at discouraging parochialism, supporters say, while also giving lawmakers in the region’s least-affluent county opportunities to provide broader representation.

ARUNDEL CONSIDERS HOUSING ILLEGALS: Amanda Yeager of the Annapolis Capital reports that Anne Arundel County spokesman Owen McEvoy confirmed on Friday that officials are mulling a request from the federal government to use the Ordnance Road Correctional Center in Glen Burnie as a place to house people found to be in the country illegally while they await deportation, asylum or other legal action.

LAWMAKERS TO CONSIDER AA ED BOARD: Local legislators say they will hold public meetings in the fall to explore switching Anne Arundel County to an elected or partly elected school board, Cindy Huang writes in the Annapolis Capital. This follows months of infighting — first in the General Assembly, then in court — over the composition of the panel that helps select school board candidates. Del. Pam Beidle, D-Linthicum, said the public meetings are not scheduled yet. 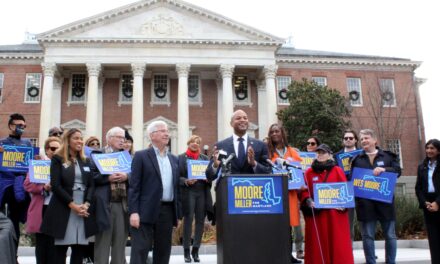