HOGAN SEEKS CUT IN INMATE WAIT FOR MENTAL HEALTH CARE: Gov. Larry Hogan (R) said Thursday that he plans to work “very closely” with the state Department of Health and Mental Hygiene to reduce the state wait list for mentally ill inmates of local jails to receive treatment in the state’s psychiatric hospitals, reports Ovetta Wiggins in the Post.

MORE STAFF SOUGHT AT FACILITIES: State workers and their union called on the Hogan administration Thursday to hire more staff and improve training at mental health care facilities, pointing to injuries employees have suffered as a result of assaults by patients, reports Michael Dresser in the Sun.

FENTANYL DEATHS RISE: Overdose deaths from the powerful synthetic opioid that killed rock legend Prince in April increased 83% in Maryland last year, according to the state’s Department of Health and Mental Hygiene. Josh Hicks of the Post reports that the latest data on Maryland overdose deaths, which the department released Thursday, showed 340 fentanyl-related fatalities in 2015, compared with 186 the previous year. 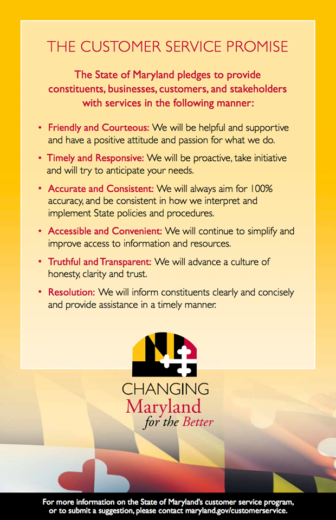 HOGAN EYES CUSTOMER SERVICE: Maryland taxpayers aren’t getting a good customer experience from government agencies, and Gov. Larry Hogan said he is setting out to change what he referred to as the culture of state government. Hogan said he is requiring every state agency, which covers about 60,000 state employees, to begin developing customer service plans to deal with inquiries made by phone, online and in person, writes Bryan Sears in the Daily Record.

REGENTS OK USM $5.3B BUDGET: A University System of Maryland Regents committee gave preliminary approval Thursday to a $5.3 billion operating budget for the coming fiscal year, as well as a new startup investment fund and a multi-use building near the University of Maryland, College Park that could house a variety of growing businesses, writes Daniel Leaderman in the Daily Record.

VOTING IRREGULARITIES A CITY PROBLEM: Baltimore City’s troubled primary election could be blamed on delayed training materials for Maryland’s new paper ballot system and repeated revisions to a training manual for election judges. But it doesn’t explain why major voting irregularities took place in only one of Maryland’s 24 voting jurisdictions, while the rest of the state experienced nominal problems, reports Glynis Kazanjian for MarylandReporter.com.

HOGAN STILL MUM ON TRUMP VOTE:  Republican Gov. Larry Hogan does not like being asked about Donald Trump, Erin Cox of the Sun is reporting. When pressed on positions, Hogan has walked away from a television camera, abandoned a podium, declared himself “speechless” and derided the very question of whether he’d campaign for his party’s presidential nominee as “stupid.” On Thursday, he declined to say whether he thought Trump was fit for the presidency, saying instead: “I have nothing to do with Donald Trump.”

POWER MERGER MEANS BUCKS FOR 2 COUNTIES: Millions of dollars are flowing into two Maryland counties as a result of the Pepco-Exelon merger. “Pepco and Exelon recently contributed $25 million to Prince George’s and Montgomery counties as part of our merger commitments,” Pepco President and CEO Dave Velazquez announced Thursday at a news conference in Silver Spring, Michelle Basch of WTOP-AM reports.

HAYDEN LIKELY TO LEAD LIBRARY OF CONGRESS: Carla Hayden appears likely to win confirmation to lead the Library of Congress after a Senate committee voted unanimously Thursday to advance her appointment and a key Republican lawmaker said he hoped the Baltimorean would receive a vote by the full Senate by next month, reports John Fritze in the Sun. Hayden, the 63-year-old CEO of the Enoch Pratt Free Library, was nominated by President Barack Obama to the post in February.

O’MALLEY BACKS CLINTON: Former Gov. Martin O’Malley on Thursday endorsed his party’s presumptive nominee for president, Hillary Clinton — four months after he dropped out of the race himself, John Fritze reports for the Sun. The endorsement, which O’Malley made through an email, came minutes after President Barack Obama offered his own endorsement of Clinton in a video. 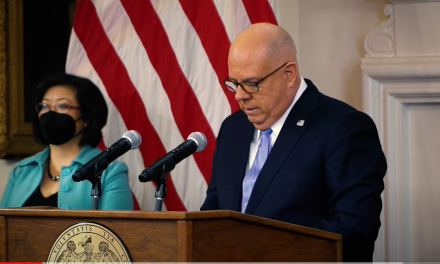