GAS TAX TO RISE IN JULY: Motorists in Maryland will have to dig a little deeper in July when the state’s gas tax goes up, reports Bryan Sears for the Daily Record. The excise tax on gasoline will increase by nine-tenths of a cent, mostly attributed to a sales and use tax created three years ago and, to a smaller degree, inflation. The new rate represents a 10-cent increase on gasoline since the 2013 law went into effect. For those people who have a “glass-half-full” viewpoint, it could have been worse.

CASINO TAKE RISES IN MAY: Maryland’s five casinos continued an upward climb in terms of revenue by bringing in $104.4 million in the month of May, the second consecutive record-breaking month, Joshua Gordon of the Baltimore Business Journal reports. The combined revenue rose 8.3% over May 2015, the Maryland Lottery and Gaming Agency announced Monday. 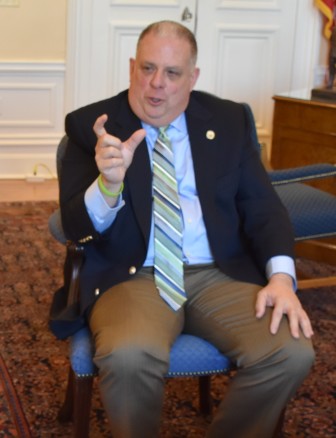 HOGAN’S VERY SELECTIVE VETOES: With the media’s typical focus on controversy and drama, a big story at the end of May was that Gov. Larry Hogan vetoed five bills for policy reasons, sometimes with harsh language, Len Lazarick writes in MarylandReporter.com. The really big news is how many bills Hogan signed (621) and the unusually large number (84) he allowed to become law without his signature. Some of those signed and unsigned bills had run into fierce opposition by Republican legislators. A few certainly violated Hogan’s own governing principles — especially his opposition to new mandated spending and increased business regulation.

FIGHTING ZIKA VIRUS: The most effective actions against the Zika virus are taken by people cleaning up their yards and neighborhoods, according to a state health official. Dr. Howard Haft, deputy secretary for public-health services for the Maryland Department of Health and Mental Hygiene, presented a 35-minute Zika update Monday in front of about 60 people at the Western Maryland Hospital Center in Hagerstown, Mike Lewis of the Hagerstown Herald Mail reports.

ADDRESSING OPIOID ADDICTION: Focusing on prevention and creating a better health care model to stop overprescribing opioids is key to fighting the “huge crisis” of heroin and opioid abuse that continues unabated nationwide, U.S. Sen. Ben Cardin said during a visit to Edgewood Monday. Bryna Zumer of the Aegis writes that Cardin, who was joined by U.S. Rep. Dutch Ruppersberger, held a roundtable discussion on the problem with more than 20 members of the Harford County Sheriff’s Office.

SZELIGA CRITICIZES TRUMP REMARKS: The Republican nominee for Senate being given up by Barbara Mikulski distanced herself Monday from controversial statements Donald Trump has made about a federal judge of Mexican descent, writes John Fritze for the Sun. Trump, the party’s presumptive presidential nominee, said last week that U.S. District Court Judge Gonzalo P. Curiel should have recused himself from a case filed against Trump by former students of Trump University. “Mr. Trump’s statement with regard to Judge Curiel is insulting to all Americans,” said Del. Kathy Szeliga.

MITCHELL ENDORSES SZELIGA: R. Clayton Mitchell Jr., a Democrat and former speaker of the Maryland House of Delegates, endorsed the Republican nominee for Maryland’s open Senate seat on Monday, saying he is angered by the increase in the national debt. The Kent County man, who stepped down from politics in 1993, said in a statement that he will support Republican state lawmaker Kathy Szeliga for the seat, rather than Democratic Rep. Chris Van Hollen, writes John Fritze in the Sun.

A CONVERSATION WITH CARDIN: Poised to become Maryland’s senior senator in the next Congress with the looming retirement of Sen. Barbara Mikulski, Sen. Ben Cardin is increasingly confident that he’ll also be serving in the majority come 2017, writes columnist Josh Kurtz for Center Maryland. “Definitely,” he said in a recent interview, ticking off the Democrats’ expanding list of pickup opportunities in the fall. Democrats need to flip four seats — five if they lose the White House — to be back in control of the Senate. Many nonpartisan analysts believe there is a good chance of that happening. Donald Trump is only part of the reason why.

HEARING SOUGHT ON ELECTION IRREGULARITIES: Members of the Baltimore City Council formally called Monday for an investigative hearing into the problems that occurred during April’s primary election, writes Luke Broadwater in the Sun. In a resolution, council members Mary Pat Clarke and Robert Curran said the hearing is a way for the council to “request the City and State to develop a plan of specific steps to ensure a fair and efficient Baltimore City General Election on November 8, 2016.”