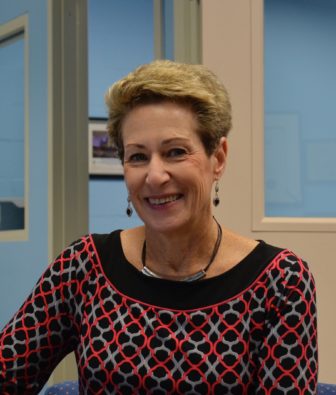 NEW SCHOOL SUPER NAMED: Karen B. Salmon, an administrator whose three decades in education have been spent almost entirely in small school systems, was named Maryland state superintendent Tuesday. Liz Bowie of the Sun reports that the state school board announced the appointment of Salmon, currently an interim Maryland deputy superintendent, at its monthly meeting. Salmon spent a decade as the superintendent in Talbot County on the Eastern Shore and several years in a small suburban system in New York.

STATE DIETARY WORKERS KEEP JOBS: Michael Dresser of the Sun writes that the Department of Health and Mental Hygiene confirmed that almost 70 state dietary services workers who were scheduled to be fired and replaced by private contractors will instead keep their jobs.

MAJOR CHANGES BEFORE STATE APPROVAL: Arelis Hernandez reports for the Post that the Maryland Health Care Commission member reviewing the project says that the long-awaited Prince George’s County regional hospital is too big and too expensive to win state regulatory approval without major changes.

GAMING INDUSTRY AWAITS NEW REGS: Game distributors and operators outside of Ocean City continue their anxious watch of a Maryland Lottery and Gaming Control Agency panel tasked with drafting regulations that will govern the machines that dispense prizes other than free plays. The delay, which stretches back to 2012, has some worried about the fate of the machines even as a new law governing the devices was signed into law last week by Gov. Larry Hogan, reports Bryan Sears for the Daily Record. It is set to take effect on June 1.

ALTERNATIVES AGAINST GERRYMANDERING: In an op-ed for the Sun, research professor Royce Hanson writes that the Supreme Court has been reluctant to find gerrymandering of legislative districts unconstitutional. A Maryland case now working its way through the courts makes a different argument: Partisan gerrymandering violates First Amendment rights of speech and association of members of the minority party. It may be hard to show that district configurations unconstitutionally burden such rights or to establish standards for drawing districts that can protect them.

HATS OFF TO HOGAN ON HIS 60th: Maryland Reporter noticed a while back that Larry Hogan — unlike most governors — seems willing to put on all sorts of hats and began collecting these “Hogan in hats” photos, largely from his Facebook page. Almost every event he participates in is documented there by the next day, often with dozens of photos — a much more aggressive use of social media than any previous governor. So, for Hogan’s 60th birthday, hats off, or on, to Gov. Hogan.

PART 4: PURPLE LINE PLAN KILLS BUSINESS: Delmar Nelson, the owner of Crest Opticians in Silver Spring, said he has seen fewer customers and more down time since Gov. Larry Hogan announced plans to move forward with the Purple Line project — a 16-mile light rail with 21 stops connecting Montgomery and Prince George’s counties. Between late winter and May, he said, business has gotten worse as more people have heard the shopping center his business is located in is doomed, CNS’s Brittany Britto writes in Part 4 of the series Purple Line Divided that appears in MarylandReporter.com.

FEW CONSEQUENCES FOR VIOLATION: As the old saying goes about government transparency (or the lack of it): “Sunlight is the best disinfectant.” But when the Baltimore Development Corporation meets Thursday following the ruling that it broke the law by ejecting reporters from three previous meetings, it is not likely that the press or public will get more than a slim extra ray of informational sunshine, writes Fern Shen for Baltimore Brew. That’s because the Maryland Open Meetings Act has only the mildest of consequences for offending agencies such as the BDC. Public shaming seems to be pretty much it.

EDWARDS SPEAKS OUT: Rep. Donna Edwards (D-Md.) has declined interview requests since losing a heated Senate primary to Rep. Chris Van Hollen (D-Md.) last month. But she made her views known Tuesday in a first-person essay published on Cosmopolitan magazine’s website, in which she described her 15-point loss as her hitting a “glass ceiling for black women with a concussion-worthy crash,” Fenit Nirappil of the Post reports.

AA SBNC MEMBERS CONSIDER NEXT STEPS: Amanda Yeager of the Annapolis Capital writes that Anne Arundel County School Board Nominating Commission members who challenged that body’s decision to interview candidates for two school board seats more than a year before they open up are considering next steps after a judge rejected their initial effort. The judge confirmed Monday that she denied an emergency request from the commission members to stop commission chairman Jamie Falcon from allowing the group to hold interviews and make recommendations on candidates vying for appointment to two Board of Education seats that open on July 1, 2017.