Tracking Your Phone: Laws starting to regulate simulator use

The final installment (Part Five) in the Capital News Service series “Tracking Your Phone” describes the changing legal landscape when it comes to StingRay and other cell phone tracker technology oversight. The series examined the use of cell phone simulators to track phones, a practice employed by local and state police but veiled in secrecy. 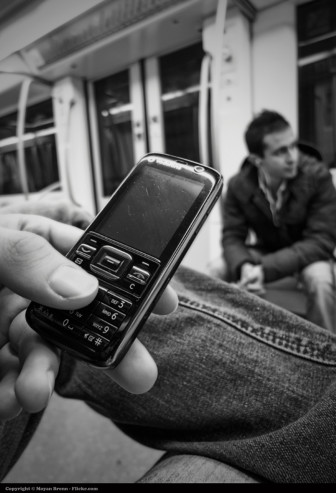 The Maryland legislature and courts are starting to tackle how cell phone simulators should be used by local law enforcement.

The law governing use of cell site location information in Maryland changed in October 2014 to raise the burden of proof and required a court order before law enforcement could conduct real-time tracking.

The only exceptions were in cases where a device’s owner had approved it or in cases of life or death.  Even then, police must now retroactively get a court order within 48 hours, the law states.

And a 74-page state Court of Special Appeals decision issued March 30 is being hailed as the first of its kind in the country by civil liberties experts.

Those aren’t the only efforts to regulate. Legislation introduced in February would have tightened the rules even further by requiring law enforcement agencies to tell the courts when they planned to use a cell site simulator. The bill also would have placed limits on data collection and required annual reporting by police agencies. It failed to make it out of committee.

The Court of Special Appeals decision issued March 30 upheld a ruling by a Baltimore City Circuit Court judge who said police violated Kerron Andrews’ Fourth Amendment rights when they used a StingRay upgrade called Hailstorm to locate him without a warrant in May 2014. Police deployed the Hailstorm to find Andrews, who is accused of attempted murder, after obtaining a pen register/trap and trace order. The orders, which require less than probable cause, have long allowed police to obtain lists of numbers called and received by a user from phone companies.

The court called the city police’s conduct in the case misleading and “unconstitutionally intrusive” and upheld the lower court’s order throwing out evidence gathered by the Hailstorm.

The three-judge panel also took aim at the non-disclosure agreements between law enforcement and the FBI.

FBI spokesman Christopher Allen said the non-disclosures aren’t meant to prevent all discussion about the devices. The FBI doesn’t tell local police how they can use their devices either, he said.

“The goal is to protect the tradecraft capabilities of the device … with the idea of preventing countermeasures,” Allen said.

But the court raised issues with them.

“A nondisclosure agreement that prevents law enforcement from providing details sufficient to assure the court that a novel method of conducting a search is a reasonable intrusion made in a proper manner and justified by the circumstances obstructs the court’s ability to make the necessary constitutional appraisal,” the justices said.

A spokesman for Maryland Attorney General Brian Frosh said earlier this year that the office was evaluating the ruling and considering its options.

Rocah, of the ACLU, said the court’s decision could mean a reopening of scores of cases across the state, not just in Baltimore. 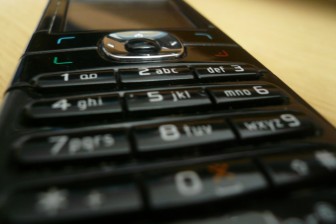 Even then, defense attorneys may face an insurmountable challenge. Given the hidden history of cell site simulator use in Maryland, it’s near impossible to know in how many cases police have used the devices, Rocah said. Defense attorneys have said withholding discovery before a trial has been an on-going concern. To add another challenge, the attorneys say police have obscured the use of simulators by using vague language in court documents, forcing them to read between the lines. In at least one case, a device was referred to as a “confidential source” in charging documents.

Text messages between two Montgomery County Police detectives made public defender Ron Gottlieb question if a cell site simulator was used to track Mauricio Morales-Caceres, who was convicted last week in a December 2014 homicide, according to Gottlieb.

Montgomery County Assistant State’s Attorney Douglas Wink acknowledged during a November hearing that a cell site was used in the case but said there was no additional documentation.

“It should be disclosed upfront in discovery under the rules,” Gottlieb said during the hearing. “I had to ask for that.”

Deon Batty wasn’t accused of terrorism. He faced burglary and robbery charges after police found him with the 77-year-old’s stolen cell phone when he stepped off a Baltimore bus holding a Valentine’s gift.

In court, Meckler moved to suppress the phone as evidence. It was a lark, she said.

“I never expected it to get anywhere,” Meckler said.

But during questioning, Baltimore City Circuit Court Judge Barry G. Williams threw the phone evidence out after Sgt. Scott Danielczyk refused to answer how it led police to stop Batty.

“It kind of goes into Homeland Security issues, your honor,” Danielczyk told the judge.

“OK, if it goes into Homeland Security issues, the phone doesn’t come in,” Williams said. Batty’s stop by police amounted to a warrantless search, he ruled.

A jury hung 11-1 in the case. Batty got a deal for time served and pled to a second-degree assault charge. He’s currently serving out the rest of a probation violation charge at Dorsey Run Correctional Facility in Jessup.

Meckler said she never determined from city police that they used StingRay to track Batty down. But a February 13, 2013 entry in a city log obtained by CNS confirms it.

“I have a right to know why my client is stopped,” Meckler said in a recent interview. “You can’t just come in here carte blanche, ‘Oh, it’s national security.’”