ANSWERS SOUGHT ON PURPLE LINE: Delegates from Montgomery and Prince George’s counties are seeking details about the lengthy agreement between the state and the private team of companies chosen to build the Purple Line, sending 11 questions to state Transportation Secretary Pete Rahn that range from how the 16-mile light rail project will operate with Metro to how fares are set, Andrew Metcalf writes for Bethesda Beat.

JUSTICE REFORM: The House of Delegates is on track to debate a major shift in the criminal justice system at the end of the week. Pamela Wood of the Sun reports that the House Judiciary Committee voted 17-3 on Wednesday to advance the Justice Reinvestment Act. A vote in the House Health and Government Operations Committee, which also is considering the bill, is expected today.

SICK LEAVE BILL ADVANCES: A bill that would require companies to offer sick leave to workers is advancing in the House of Delegates, writes Pamela Wood in the Sun. The House Economic Matters Committee voted 13-10 to approve a version of the bill Wednesday afternoon, and it’s scheduled for consideration by the full House starting today.

PUNY FILIBUSTER: The Republican minority — 14 senators out of 47 — was using the only weapon they had to slow the down the fast moving train called the Maryland Open Transportation Investment Decision Act of 2016: they talked. That mouthful of a bill was considered one of the prime power grabs by the Democratic legislature over the Republican governor, and a top priority to stop. Len Lazarick of MarylandReporter.com writes about the filibuster attempt.

PERJURY & PROTECTION: With enactment a foregone conclusion, the House Judiciary Committee heard testimony Wednesday on legislation that would repeal Maryland’s lifetime ban on convicted perjurers from testifying in court, Steve Lash reports in the Daily Record. Advocates for abused women told the committee that lifting the ban is essential for the prosecution of their abusers and to protect them from future assault when they have a perjury conviction on their record.

POT USE RE-CRIMINALIZATION: Legislation to re-criminalize using marijuana in public won approval in the House by a 102-36 vote, but if the bill survives the Senate, it will likely look a little different than when it arrived, writes Tamela Baker in the Hagerstown Herald Mail.

CIVILIANS ON POLICE BOARDS: The Sun’s Erin Cox is reporting that civilians could get seats on police disciplinary boards in every jurisdiction in the state under changes to an omnibus police accountability bill approved by a Senate committee late Wednesday. Involving citizens in the discipline of rogue cops has been a centerpiece of advocates’ push for policing reforms in the wake of unrest in Baltimore City last year.

CAPITAL BUDGET: The House of Delegates on Wednesday approved the state’s capital budget, which pays for nearly $1 billion in construction projects. It includes millions for projects at Morgan State University, Coppin State University and others that were initially delayed by a proposal to build a new prison in Baltimore City, writes Pamela Wood for the Sun. 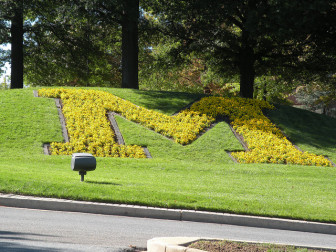 DEBTOR PROTECTIONS: The Senate on Wednesday gave preliminary approval to legislation requiring third-party debt buyers to have full documentation that they are entitled to collect money owed, including papers stating the amount and source of the debt as well as proof that the debtor is in fact in arrears, Steve Lash of the Daily Record writes.

MANUFACTURING BILL SIDELINED: The Senate Budget and Taxation Committee this week sidelined proposals designed to boost the state’s manufacturing industry with tax breaks, agreeing to do so without an actual vote. Instead, members of the panel said they would not have enough time to work through concerns about the nearly identical bills before the end of the legislative session, which comes in less than two weeks, writes Josh Hicks for the Post.

HOGAN SKIRTS CONTROVERSIES: The editorial board of the Sun congratulates Gov. Larry Hogan for staying out of two controversial issues that would likely harm him and not help either situation should he get involved: the Republican National Convention and the appointments of members of the Baltimore City Liquor Board.

PICK HOGAN: Todd Eberley of St. Mary’s College, in a column for MarylandReporter.com, urges delegates to the Republican presidential nominating convention to pick someone other than Ted Cruz or Donald Trump. But who? Among his short list are three governors: Larry Hogan, Gov. Charlie Baker of Massachusetts and Gov. Susana Martinez of New Mexico.

ON VOTING CHANGES: The state will be using paper ballots that will be scanned when they vote across Maryland either as an early voter from April 14- to 21, or as a voter on Primary Election Day, April 26. Linda Lamone, state administrator of the Board of Elections, talks with Tom Hall of WYPR-FM.

JUDGE RULES AGAINST LEOPOLD: A Circuit Court judge has ruled against former Anne Arundel County Executive John Leopold in a civil case related to the dossiers he requested on political rivals. In a decision released Wednesday afternoon, the judge found there was “clear and convincing evidence” that Leopold “willfully and knowingly” violated a provision of the Maryland Public Information Act that guards against improper government collection of personal records.