Rascovar: Procurement clash may be coming 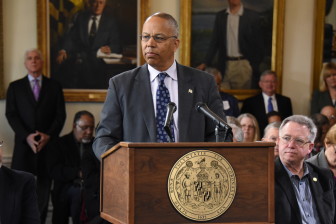 First, the good news: Gov. Larry Hogan last week created a 19-member commission to come up with ways to fix Maryland’s maddeningly inefficient system for purchasing $7 billion worth of goods and services each year.

Here comes the bad news: This group may wind up trying to re-invent the wheel because state legislators appear ready to pass legislation, based on three years of study, that could dramatically change state purchasing practices.

What once was a national model in the 1980s for sensible and effective state purchasing practices is now a costly embarrassment.

Practically every month, the Board of Public Works hears another horror story of botched bids, favoritism by state agencies in awarding contracts and an arcane set of practices and procedures that ties the bureaucracy in knots and delays major contracts for months and sometimes years.

It’s a procurement lawyer’s dream and a nightmare that costs the state dearly.

Hogan was right to call Maryland’s system “a patchwork of archaic laws and processes that are inefficient, ineffective and results in wasted taxpayer dollars.”

Comptroller Peter Franchot has been on the warpath for years complaining about this “increasingly unworkable” and “broken” purchasing system “in dire need of reform.”

Lawmakers, especially Del. Dan Morhaim of Baltimore County, have been pushing for procurement reforms, too.

So why are the executive and legislative branches unable to synchronize their reform efforts?

Hogan, on his part, appears to want full credit for any changes. He’s hesitant to work with legislators and seems to have ignored the extensive work already completed on procurement reform.

There’s a lingering sense Republican Hogan wants nothing to do with anything initiated by Democratic Gov. Martin O’Malley, whom the current governor has indirectly criticized time and again while announcing his own reforms.

Yet it was O’Malley who first took steps to revamp Maryland’s procurement system.

Back in 2012 O’Malley asked the Board of Public Works “to bring someone in to kick the tires” of the purchasing system. “We need to pull this apart and put it back together.”

The board contracted with Treya Partners for a thorough study of Maryland’s procurement activities.

The consultant found fragmented oversight of procurement bidding and the ultimate awards, with multiple state agencies setting their own standards and procedures; conflicting and inconsistent interpretations of procurement practice; lax contract management; and poor relationships with state vendors.

In other words, the system is pretty much out of control.

Treya made 11 recommendations. After studying these proposals in 2014 and examining procurement laws in other states, the Department of Legislative Services backed many of Treya’s suggestions and added some of its own.

Among the main recommendations to lawmakers: Create a Chief Procurement Officer (CPO) under the Board of Public Works and consolidate most procurement officials spread throughout state government under the CPO.

State purchasing would be centralized, uniform processes would be followed consistently and one official would be accountable for ensuring that Maryland gets the best deal and the best quality for dollars spent on services and supplies.

It turns out Maryland is one of only a handful of states lacking a Chief Procurement Officer. The Free State is way behind the curve.

None of this is reflected in Hogan’s announcement. Nor is there any recognition that Democratic lawmakers are ready to turn into law many of these procurement recommendations. [A hearing is scheduled on HB353 Wednesday.]

It’s as though the governor doesn’t want to give credit to the hard work already rendered on procurement reform one floor below him.

Two ships in the night

Even before Hogan’s procurement commission gets off the ground the panel’s work may be rendered meaningless. It’s another indication that in the Maryland State House, Hogan and Democratic lawmakers continue to steer in different directions.

Still, the governor can salvage the situation – but only if he teams up with Del. Peter Hammen of Baltimore City, who chairs the House committee that is likely to pass the DLS procurement reform package.

That would mean sharing credit with Democratic legislators, which Hogan has not wanted to do previously.

It would mean altering the mandate of the governor’s procurement commission so its main purpose becomes assessing the effectiveness of any new procurement law enacted this session and then recommending how to make the new process more efficient, more transparent and more effective in giving Maryland the best value on every contract.

On its own, Hogan’s procurement commission cannot change Maryland’s purchasing laws. Legislators can do that and they seem ready to act.

Hogan can avoid an embarrassment and come out looking like a true reformer by joining forces with like-minded legislators – regardless of their political party – who want a better procurement system for Maryland, 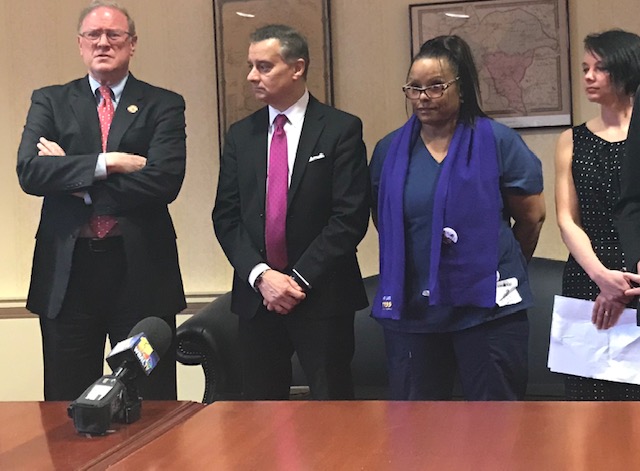