SOFTER STATE OF STATE, REACTION: Republican Gov. Larry Hogan struck a conciliatory tone Wednesday as he delivered his second State of the State address to a General Assembly dominated by Democrats. Hogan described the past year as one of compromise and joint accomplishments — a characterization Democrats later questioned and Republicans embraced,  Erin Cox, Michael Dresser and Pamela Wood of the Sun report.

FACT CHECK: In his State of the State address Wednesday, Gov. Larry Hogan made several claims, including about how he has improved Maryland’s financial picture. Pamela Wood and Michael Dresser of the Sun check to see how the governor’s claims stack up against the facts.

DEM LEADERS CRITICIZE BUDGET: An hour before Hogan’s speech touting bipartisanship, Democratic leaders from the state’s largest jurisdictions came together in Annapolis to criticize the governor’s budget, saying it neglected major education, infrastructure and transportation priorities needed by 3 million residents in those areas, Arelis Hernandez of the Post reports.

MILLER HINTS AT TAX CUT: Senate President  Mike Miller said Hogan’s second State of the State speech was “100 percent better than last year” but fell short of addressing issues such as education, transportation, the environment and reducing the state’s personal income tax rate, writes Bryan Sears in the Daily Record. “We also have an income tax problem here in the state of Maryland,” Miller said. “It’s not a pension issue or an earned income tax credit. It’s an income tax problem.”

COURT CAMERAS CRITICIZED: A proposed bill to allow the media to record criminal sentencing proceedings was criticized by prosecutors, defense attorneys and judges at a hearing in the House Judiciary Committee on Wednesday. The critics of House Bill 81 cited a chilling effect on the rights of defendants and victims to speak at sentencing hearings if they find out their words can be broadcast on the evening news, Heather Cobun reports for the Daily Record.

LAWMAKERS WANT SAY IN NEW SUPER: Tim Tooten of WBAL-TV reports that Maryland has launched a national search for a new state schools superintendent, but some lawmakers want more of a say in who gets hired. That’s quite different from how the state has filled the top education job in the past.

FREDERICK SEEKS FUND RESTORATION: Frederick County lawmakers and community leaders are working to see state funding for a planned regional higher education center restored to Gov. Larry Hogan’s budget before the end of the session, reports Danielle Gaines in the Frederick News Post. The Frederick Center for Research and Education in Science and Technology hoped to begin offering three master’s degree programs this fall, but the governor’s proposed 2017 budget does not include the money necessary to make that happen, said Sue Houghton, the center’s planning director.

PRISON PET PROGRAM KILLED: The Maryland Department of Public Safety and Correctional Services has ended a prison pet program that allowed inmates to train and care for rescue pets to help them find new homes, Julie Greene of the Hagerstown Herald Mail reports. The program, which began in July 2014, rescued dogs and cats from shelters across the region so that inmates could raise and train them, with many of the pets ultimately being adopted. Warden Phil Morgan said last summer that the program had a “total calming effect” on the entire population of the facility.

SCHUH SEEKS ONLINE ONLY NOTICES: Eliminating tax sale notices from newspapers could save Anne Arundel County about $140,000 in annual costs that are passed on to property owners, county officials told a state Senate panel. But advocates for the newspaper industry and transparency in government asked senators to consider the other cost of those savings.Representatives of County Executive Steve Schuh pitched legislation Wednesday before the Senate Budget and Taxation Committee that would remove a requirement to publish notice in local newspapers when it plans to sell property tax debts, Amanda Yeager of the Annapolis Capital reports.

ZUCKER TO BE SWORN IN: The state Senate will fill an open seat today as Craig J. Zucker — currently a state delegate — will replace Karen Montgomery, who retired before the start of the General Assembly session, Pamela Wood of the Sun reports.

Dozens of people came to the State Board of Elections office in Annapolis Wednesday night to file to get on the ballot as delegates to the national party conventions, like the Muslim students on the right filing to run as Bernie Sanders delegates the Democratic National Convention in Philadelphia. Among the well-known Republicans filing last night were Secretary of Human Resources Sam Malhotra; Senate Minority Leader J.B. Jennings; Del. Mike McKay; Kevin Igoe, chief of staff to the Maryland Budget Secretary; and Diane Baker, former deputy of Larry Hogan when he was the Gov. Ehrlich’s appointments secretary.

MAYORAL CANDIDATE 13: In a surprise move, civil rights activist DeRay Mckesson jumped into the already crowded contest for Baltimore City mayor Wednesday night, shaking up the Democratic field minutes before the deadline to file. Luke Broadwater writes the story for the Sun. His entrance brings the number of candidates to 13.

OBAMA AT MD. MOSQUE: President Barack Obama, speaking in Baltimore County on Wednesday during his first visit to a U.S. mosque as president, called on Americans to embrace their “common humanity” and to reject the “inexcusable political rhetoric” he said is emanating from the presidential campaign trail, John Fritze and Ian Duncan of the Sun report. 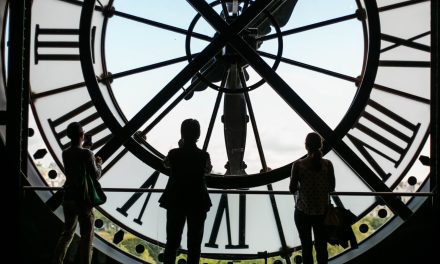 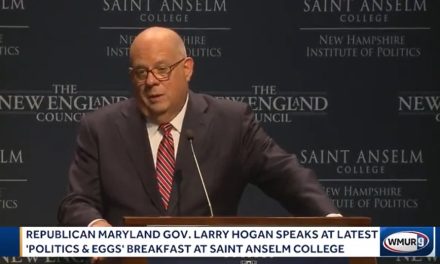