REDISTRICTING REFORM, DRUG LAWS: Gov. Larry Hogan on Tuesday proposed creating a nonpartisan redistricting panel to draw Maryland’s legislative and congressional districts, a change that would strip that power from the legislature and the governor’s office, report Ovetta Wiggins and Josh Hicks in the Post. Hogan also proposed legislation to help the state crack down on a growing epidemic of opioid addiction.

PG HOSPITAL FUNDING: Frustrated that Gov. Larry Hogan has yet to provide funding for a new teaching hospital in Prince George’s County, the two top leaders of the General Assembly plan to introduce legislation requiring the governor to put the money in the budget he introduces next year, reports Michael Dresser for the Sun.

HOSPITAL WORKERS CUT: The jobs of dozens of low-level state workers at the Springfield Hospital Center in Sykesville are on the chopping block in Gov. Larry Hogan’s $42 billion proposed state budget. Manisha Patel and Debra Zeitler, who provide food services to patients at the hospital, are wondering why, reports Michael Dresser in the Sun.

DISCOUNT FURNITURE: A bill that is sponsored by Carroll County Del. Haven Shoemaker would restrict deeply discounted sales of Government House furnishings to outgoing governors will be heard today in Annapolis, reports Heather Norris in the Carroll County Times.

MORE JUDGES SOUGHT: Frederick County could get a new Circuit Court judge, if a bill introduced by the Maryland Judiciary is passed this General Assembly session. At the request of the Maryland Judiciary, which oversees the state’s court system, a bill has been introduced to add 13 judges around the state. But bills adding to the ranks of judges throughout the state don’t always pass, reports Danielle Gaines for the Frederick News Post.

BUDGET SURPRISES: As the legislature’s budget analysts drilled down in the governor’s $42 billion spending plan, they’ve come up with a few surprises that weren’t previously announced. Among the surprises: while Gov. Larry Hogan has fully funded all the education mandates, Baltimore City will get $24 million less in school aid but about the same amount per pupil, $12,022, because of declining enrollments and higher wealth. That is still the highest amount of per pupil aid in Maryland, Len Lazarick reports for MarylandReporter.com.

JUSTICE SYSTEM REFORM: In this 4-minute video, Senate President Mike Miller sits down with Damian O’Doherty of Center Maryland to discuss a proposed criminal justice reform initiative that focuses heavily on rehabilitation to combat recidivism. It is shaping up to be a bipartisan effort due to national discontent over broken justice systems. The interview closes with Miller discussing the impact the state budget has on people across the state, deeming it a “moral document.”

SPEED THE PLOWS: Residents throughout the Baltimore region are getting frustrated and angry that their streets still have not been plowed, and officials are asking for patience and telephone calls, according to a multi-reporter story from the Sun.

ON THE DEM PRESIDENTIAL Q&A: Richard Vatz, in a column for MarylandReporter.com, writes that the final meeting of the Democratic candidates before the Iowa Caucuses — a CNN town hall series of interviews and audience question-and-answers — was energized by three things: the closeness of the Iowa race, Sen. Bernie Sanders’ surging ahead in New Hampshire and President Obama’s not-so-deft near endorsement of Hillary Clinton. In a column running below Vatz’s, Len Lazarick writes “I learned the most about Bernie Sanders, and he also came across as the most authentic of the three. O’Malley still has not been able to cure himself of the staginess that seems to afflict him on any stage.” 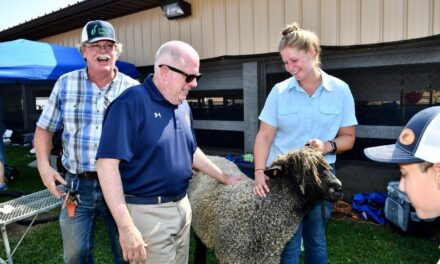 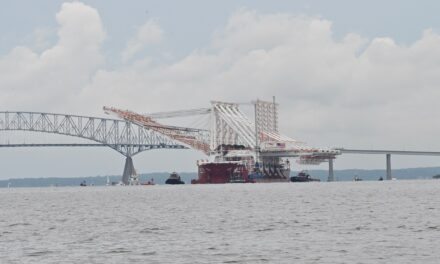