EFFECT OF CALIF. SHOOTINGS?  Erin Cox of the Sun reports that Gov. Larry Hogan said Friday gun control laws did not prevent a mass shooting in California or a spate of violence in Baltimore, and he suggested that public officials need to look elsewhere for answers. Hogan told reporters that the killing of 14 people in San Bernadino, Calif., was an “outrage” and terrible tragedy, but that gun control was “not the only solution.”

POLICING PANEL CANCELS MEETING: A legislative panel in Maryland that has been conducting a statewide review of how officers are hired and trained and other policing practices has canceled its meeting this month, raising some questions about when the committee will offer its final recommendations to the General Assembly, reports Ovetta Wiggins for the Post.

LEAD POISONING LESS, BUT STILL PRESENT: Lead poisoning, once epidemic among Baltimore’s poor, is much less common than it used to be, with the number of new city cases dropping by 86% since 2002. But it is still claiming young victims years after authorities vowed to eradicate it. At least 4,900 Maryland children have been poisoned by lead in the past decade, their brains exposed to a contaminant that causes lasting learning and behavioral problems. There are likely more victims, because not all children are tested, Luke Broadwater and Timothy Wheeler report for the Sun.

EXTRA ED FUNDING: Gov. Larry Hogan’s promise to give additional state funds to schools in Carroll, Kent and Garrett counties has raised ire among several Democratic officials in Maryland who have been calling on him to release education funding to their school districts, reports Ovetta Wiggins for the Post. Hogan (R) sent a letter on Thursday to the president of the Maryland Association of Boards of Education, saying that he intends to include $5.6 million in new education funding to the three rural counties that “have been facing the challenge of maintaining adequate funding during the same time that their student enrollments have declined.” The trio of counties tend to vote for Republicans.

PUBLIC INFO & A MEDIA MEDIATOR: Maryland’s attorney general is hiring an ombudsman to mediate disputes over access to public information, a post that was created by lawmakers but had been unfilled, reports Erin Cox for the Sun. The Board of Public Works voted Wednesday, without discussion, to authorize money for the job. The legislature created the job in the biggest rewrite of Maryland public records laws in 45 years, but it has sat vacant since the law took effect Oct. 1 because the post had to be approved by Gov. Larry Hogan’s administration.

SOUND BUDGET, STILL CHALLENGES: Lawmakers will head back to Annapolis next month facing a much different budget situation than they did a year ago. But a structurally sound budget, at least in the short term, will bring its own challenges, Bryan Sears of the Daily Record reports. Some lawmakers are eyeing a larger-than-expected surplus for new programs, while Republican Gov. Larry Hogan is looking for ways to further reduce spending in an effort to set the stage for some form of tax reduction before the 2018 election.

IMPROVING BIZ CLIMATE NO EASY TASK: The editorial board for the Sun opines that Gov. Larry Hogan’s business-heavy commission to review Maryland’s regulatory environment produced an initial report larded with suggestions for making the state more business-friendly that seem simple but are likely to be difficult to implement.

EYE ON ANNAPOLIS: The approaching start date for the next Maryland General Assembly session has elected officials and interested groups clamoring to lay out funding priorities. Among them is the Maryland Municipal League, a group of 157 municipalities and two special districts across the state — including the city of Frederick. Alderman Michael O’Connor, who serves on the league’s legislative committee, detailed MML’s agreed-upon priorities Wednesday in a meeting between city officials and members of the Frederick County delegation, reports Nancy Lavin for the Frederick News Post.

CUTTING POLLUTION AT PRISON: The Maryland Board of Public Works has approved a $6.1 million grant to improve water quality by reducing pollution from a sewage treatment plant at the state prison complex in Washington County, according to the Hagerstown Herald-Mail.

REGULATING AG POLLUTION: The editorial board of the Sun opines that rural pollution in Maryland needs to be regulated more closely, writing that in Maryland, 36% of the nitrogen and 53% of phosphorus polluting the bay comes from agriculture, 21% of both come from urban and suburban stormwater runoff, and about 23% of both come from sewage treatment plants. Agriculture is responsible for more than half the sediment running into state waterways as well. But while urban and rural sources both contribute to the problem, the rules for cleanup are not the same. 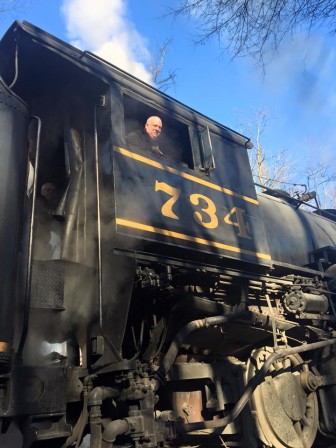 HOGAN PARADES IN FROSTBURG: Gov. Larry Hogan led the 12th annual Holiday Storybook Parade on Saturday in Frostburg just weeks after ending his chemotherapy.  It was the first parade the governor has participated in since his recent remission from stage 3 non-Hodgkin’s lymphoma in mid-November. Hogan decided to demonstrate his restored health by walking the entire length of the parade, Heather Wolford reports for the Cumberland Times News.

HOGAN STICKS TO FACEBOOK: Unlike other social-media-savvy politicians, who favor Twitter, Snapchat, Periscope and Instagram, Gov. Larry  Hogan concentrates his efforts almost entirely on Facebook. His online presence dwarfs that of Democratic lawmakers in Annapolis who have become his main adversaries, writes Ovetta Wiggins in the Post, detailing the governor’s use of Facebook.

SANDERS COMES TO B’MORE: Sen. Bernie Sanders will come to Baltimore City this week, tour the neighborhood where Freddie Gray was arrested and meet with local African-American leaders, his campaign said Saturday, Matthew Hay Brown writes in the Sun. The independent senator from Vermont, campaigning for the Democratic nomination for president, is scheduled to tour the city’s Sandtown-Winchester neighborhood before participating in an “ecumenical round-table discussion” on “issues directly impacting the African-American community” with the Rev. Jamal Bryant at the new Freddie Gray Empowerment Center.

MIKULSKI LOVES !!!!!: CNS’s Molly Podlesny writes about the seven things we learned about Sen. Barbara Mikulski from her emails with Hillary Clinton, including the fact that she loves exclamation points!!!!!!! The article appears in the Annapolis Capital.

NEW PREZ FOR TOWSON U.: The incoming president of Towson University says her leadership experience in both business and education has prepared her well for the job, writes Daniel Leaderman for the Daily Record. Kim E. Schatzel, currently the interim president, provost and executive vice president of academic and student affairs at Eastern Michigan University, will take the helm at Towson on Jan. 25.

CASINO REVENUE DOWN: Maryland casino revenue dropped slightly to $89.7 million in November, down less than 1% from $90.2 million in the same month last year. Maryland Live, the state’s largest casino, posted revenue of $51.65 million, a 4% decrease from a year before, Ryan Sharrow of the BBJ reports.

BRT BEHIND IN MO CO: The official credited as one of the first to pitch a bus rapid transit system in Montgomery County said Thursday the county has fallen behind on the project, Aaron Kraut reports in Bethesda Beat.

FREDERICK’S CHARTER YEAR: Danielle Gaines of the Frederick Post looks back on Frederick County’s first year under charter government, writing that  Winchester Hall was hardly set up for charter government when the first county executive and members of the first County Council arrived on their first day in December last year.  After a year, the council has settled into new offices on the building’s first floor and County Executive Jan Gardner’s team is getting ready to move into permanent offices in early January.

SCHUH’S FIRST YEAR: One year ago, Steve Schuh was plotting how he would pay for everything he promised Anne Arundel County residents while on the campaign trail — the five points he systemically counts on one hand. What he did not see at the time was his biggest obstacle: A County Council and a county auditor who, as he sees it, were sometimes hellbent on making sure he did not get his way. Rema Rahman of the Annapolis Capital takes a look at Schuh’s first year as Arundel County executive.

BALTIMORE DOT AUDIT: Baltimore City’s Department of Transportation does not keep sufficient records to track how well workers are doing their jobs, and submits erroneous information annually in the city’s budget, a new audit has found. Luke Broadwater reports that the audit of the agency’s performance is the first completed under Baltimore’s new auditing law, which requires 13 city departments to undergo financial and performance audits at least once every four years.

3 NOW IN RACE FOR CECIL EXEC: Dara McBride of the Cecil Whig reports that Cecil County Councilman Dan Schneckenburger became the third person to toss his hat into the county executive ring when he announced his candidacy Sunday night.