FROSH BACKS OBAMA PLAN: Maryland Attorney General Brian Frosh is jumping into a national legal donnybrook over President Obama’s climate policy, even though it’s against the wishes of his client, Gov. Larry Hogan. Frosh announced Wednesday that he is joining with 16 other states in backing the Obama administration’s Clean Power Plan, which is being challenged by attorneys general from about two dozen other states, Timothy Wheeler of the Sun reports.

SCHOOL CONSTRUCTION ACCOUNTABILITY: In a heated discussion with the head of the school construction program, Gov. Larry Hogan and Comptroller Peter Franchot aired serious concerns about the state’s spending on public school projects at Wednesday’s Board of Public Works meeting, Darcy Costello of CNS reports in MarylandReporter.com. “We can’t just keep shoveling more and more money without accountability,” Hogan said. “The taxpayers are getting pretty frustrated with the results.”

STRESS OVER SCHOOL FUNDING: School funding is a perennial concern at all levels of government, but in Maryland, changes in funding have placed further strains on local governments as the state has passed on various expenses to the counties. It’s a statewide problem, said state Sen. Andrew Serafini, R-Washington. Tamela Baker of the Hagerstown Herald-Mail reports that Serafini says that the Washington County Board of Commissioners has had to devote more of the county’s budget to the school system, while the school system also has had to pick up more costs.

SUPREME COURT HEARS MD CASE: The Supreme Court wrestled Wednesday with whether a novel lawsuit challenging the constitutionality of Maryland’s convoluted congressional districts could proceed, or whether a lower court judge was correct to toss it out on his own, John Fritze of the Sun reports. Stephen M. Shapiro, a former federal employee turned law student, argues that lower federal courts didn’t properly review his claim that congressional districts drawn by state Democrats after the 2010 Census violated the First Amendment rights of voters, marginalizing them based on party affiliation.

DEMS DOUBTFUL ON REDISTRICTING REFORM: The commission that spent three months studying redistricting reform in Maryland has outlined a clear path forward, says a New Market man who helped lead the review. Jen Fifield of the Frederick News Post reports that not everyone is so sure, though. Democratic leaders question the commission’s process. They say they don’t know if it’s the right time or the right way for Maryland to move forward on a new process for choosing boundaries.

OHIO VOTERS BACK REDISTRICTING REFORM: State legislative elections in the swing state of Ohio could be a lot more competitive in a few years, after Ohio voters approved a ballot measure Tuesday that curbs the most blatant partisan abuses out of the once-a-decade process of drawing legislative districts, Daniel Vock reports in Governing magazine.

VIEW FROM THE DOME: Wendi Winters of the Annapolis Capital takes a tour of the State House domes and photographer Josh McKerrow gives readers a 360-degree view of the surrounding environs. (As of early this morning, the photo gallery wasn’t working.)

O’MALLEY FILES IN N.H.: A leading Republican and a lagging Democrat became the first major candidates Wednesday to file for New Hampshire’s first-in-the-nation presidential primary, according to Tribune wire reports in the Sun. Celebrity businessman Donald Trump and former Maryland Gov. Martin O’Malley were among a handful of candidates who signed up to get on the ballot as the filing period opened. Candidates have until Nov. 20 to file for the primary, which is expected to be held Feb. 9.

SIKH DISSED AT SERVICE PLAZA: On Sunday, Parampal Singh Ghai and his father were driving up I-95 to New York when they pulled over at the Maryland House Service Plaza in Aberdeen which is run by the state of Maryland. They ordered food at Nathan’s Famous, when Parampal, who wears a turban in observance of his Sikh faith, realized that the cashier had written his name as “Osama” on the receipt. The Angry Asian Man blog reports the story.

LOCAL ELECTION RESULTS: In a roundup of local elections, which were held Tuesday, Arelis Hernandez of the Post reports that Maryland incumbents mostly held onto power in several town and city elections, with relatively weak voter turnout despite some heated local races. 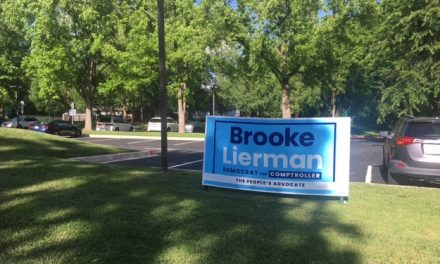 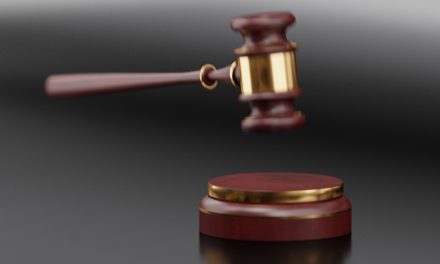