Commentary on the CNBC’s GOP debate by Vatz and Lazarick 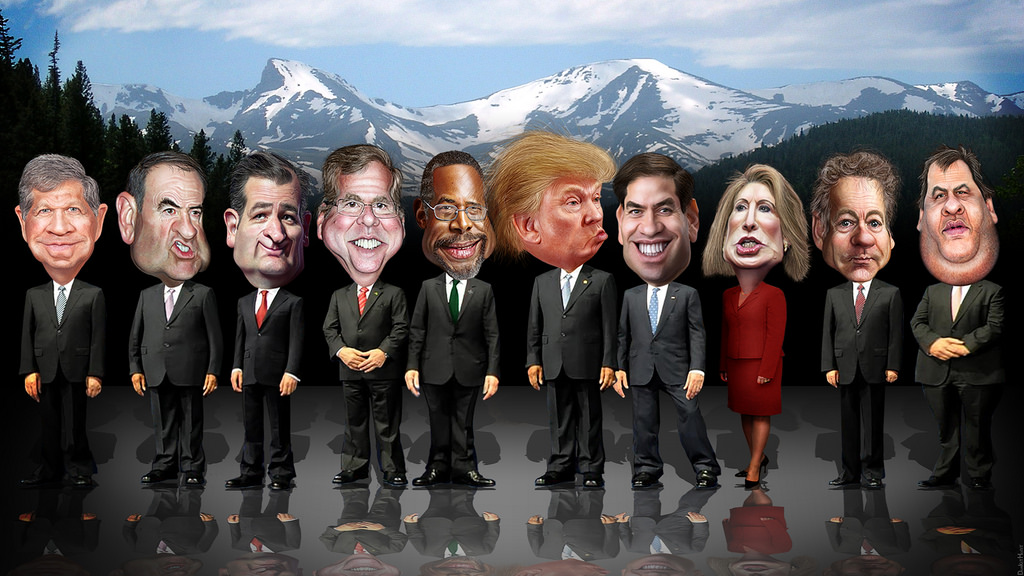 Rubio shines, Bush falters, Christie had presence; Trump and Carson hold their own

The CNBC debate offered an incongruity: a far-left network providing a debate forum for moderate and far-right Republicans.  The GOP’s two leaders, neurosurgeon Ben Carson and businessman Donald Trump, are resented by establishment candidates, so this was the propitious moment to try to rhetorically bring the outsiders down.  It didn’t happen.

In the first question of the debate, candidates were asked about their greatest weakness. Ohio Gov. John Kasich ignored the question and talked about weaknesses in competition…good for him.  It is always a dumb question because it deals with no interesting issue, and merely reflects how rhetorically adept at portraying himself or herself is without betraying material weakness.

If a Democratic weakness is promising everything to everybody, the Republican lesser but similar weakness is telling seniors that they deserve their Social Security because they paid for it, despite the fact that most receive far, far more than they put in to it plus taxes.

Difficult to stand out

The number of participants again makes it difficult for any of the candidates to stand out; this debate format generally aids the status quo, and this one likely will as well.

Marco Rubio — again, full disclosure: my favorite — was the second most articulate and the most forceful in focusing his answers on significant issues facing the country.  His absolutely correct observation about the mainstream media acting as Hillary supporters when they said her testimony on Benghazi left her unscathed, despite the fact that she testified to telling Americans a story about the attack at odds with what she contemporaneously told the Egyptian government and her family.

The most embarrassing moment for any panelist — the major questioners were all awful, interrupting and focusing on personal issues and irrelevant, often silly, issues — was Bush’s singular attack on Marco Rubio’s absences from Senate votes, claiming that perhaps he should resign.

After Rubio pointed out some of the other presidential aspirants who, after missing large percentages of Senate votes, were not criticized by Bush or Florida newspapers, the issue did not come up again.  Bush improved as the debate progressed, but this was embarrassing — memorably so.

The rules were all determined by moderator arbitrariness —  just awful and  utterly unprofessional.

Carly Fiorina had the single best argument respecting Hillary Clinton’s alleged hypocrisy in claiming that her candidacy represents a major gain for women when policies of hers and President Barack Obama have redounded to the detriment of women.  Fiorina and Rubio were the most articulate throughout the debate.

Best line of the night: when CNBC questioner John Harwood repeatedly interrupted Christie in the latter’s answer to the former’s question, Christie responded, “Even in New Jersey, what you did was rude.”

Ted Cruz complained about the CNBC moderators, but made no particularly memorable arguments.

No self-destruction from Trump or Carson

Nothing politically self-destructive came from the lips of Trump or Carson.  At least neither was criticized much by their opponents.  Trump effectively claimed that he negotiated CNBC down to 2 hours, and Harwood bizarrely claimed that it was always going to be two hours, contrary to published reports. What?  He was the worst of the worst of CNBC.

The judgment here: substantively Rubio won the debate, while Bush lost it.  John Kasich finally woke up and became alive in his argument.   If Christie had had more time, he could have really made a difference for himself.  My speculation is that poll-wise the debate was too diluted, unfortunately, to have much of an effect on any of the others.

Richard Vatz teaches political rhetoric at Towson University and is author of “The Only Authentic Book of Persuasion.”

Too many people for a real debate, but real issues that Democrats don’t discuss

I wasn’t planning on writing about the Republican debate, but Rick Vatz asked if he could, and after reading his, I thought I’d add my two cents. Maybe a dime.

Before the debate, I had told Vatz that this debate was a real opportunity for the questioners and the other candidates to take down the front runners, Carson, for his vague ideas, and Trump, for his empty bullying. This didn’t happen. They didn’t get cut down. They will likely remain the Republican front runners, despite their flaws.

Ten candidates is just too many people to have a debate about anything, so you would have debates among two or three of them.

To their credit, they all tackled topics Democrats Hillary Clinton, Bernie Sanders and Martin O’Malley generally avoided. They talked about taxes, debt, regulations, Medicare, Medicaid and Social Security. There was even a reasonable conversation about H-1 visas for tech workers. Wow.

They criticized softball questions at the Democratic debate, but that debate had a much different tone in front of a Democratic audience.

Christie is good, especially when he knows the subject, like the Justice Department. And he was right to criticize the question about fantasy football, when there were so many important issues to take up. But can Christie be elected president? No.

For the first time, I was impressed with Ted Cruz, especially on tax plans. Can he be elected president? Yikes!

I bristle when Republicans talk about “mainstream media.” I believe it’s a political crutch, and red meat for their base. I’ve generally seen myself as alternative media, though admittedly for eight years on the national copy desk of the Washington Post, I was a small cog in a big mainstream media machine. But on the right-wing Baltimore Examiner, I was on the other side, and at MarylandReporter.com, I hope down the middle, with some libertarian bent.

Regardless, here’s my first time ever to write about Hillary Clinton and Benghazi.

I do not care. The discussion has gone on far too long. The U.S. bombs a hospital in Afghanistan killing dozens of patients and staff this month, and where is the outrage and the investigation?

Hillary Clinton, Barack Obama and their aides initially lied about Benghazi. They failed to protect the ambassador, who pleaded for help, and then covered that up because of an election campaign. That was wrong. That was three years ago.

The public who have paid the least bit of attention has known this for a long time, as does the media, mainstream and lame-stream.

It’s like when some bad economic news happens, and yet the stock market goes up. Analysts say: The market already discounted that event. Same for Clinton. The media and political marketplace have already discounted this bad thing she did. Get over it. It’s not that I support Hillary. I just don’t care about this incident anymore. Move on.

Ohio Gov. John Kasich had his usual mixed performance, and the bad news is I think he’d make a decent president. Why is this bad news? If Len Lazarick likes a candidate, he’s probably going to lose (though not always).

How about a Kasich-Rubio ticket, Ohio-Florida? Makes sense to me, but it doesn’t make sense yet to Republican primary voters who really don’t like anyone who has actually run a government.

Is this any way to choose a president? God help us.

Democratic race for governor a snooze for some