***Our webhosts at the Institute for Nonprofit News are having some server problems. They hope to have them fixed by Monday morning.***

BALTIMORELINK UNVEILED: Gov. Larry Hogan on Thursday announced a $135 million investment to improve, expand and connect the transit system in the greater Baltimore area, Naomi Eide of CNS reports in MarylandReporter.com. Hogan said that the current performance of the transit system is “notoriously abysmal,” citing slow buses and long routes that ensure people cannot get from their home to work conveniently.

POLS REACT: Here’s reaction from a variety of public officials concerning the proposal. This roundup runs in the Sun.

THIN GRUEL OR GOOD GOAL THAT’S TOUGH TO MEET: The editorial board for the Sun writes that there are at least two ways to look at the “transformative” plan Gov. Larry Hogan unveiled today to improve Baltimore regional transit service. The first is that the $135 million package is pretty thin gruel compared to a $2.9 billion Red Line light rail project Mr. Hogan nixed in June. But the second is that the core of plan — making local bus service more efficient and effective — is a worthwhile goal but one that is a lot more challenging and expensive than Mr. Hogan has acknowledged.

BALTIMORELINK: AN ANALYSIS: In an analysis for MarylandReporter.com, Len Lazarick writes that many Baltimore-centric politicians are skeptical or downright hostile to Hogan’s “transformative” BaltimoreLink bus plan, and others — like House Speaker Michael Busch and Senate President Mike Miller — have been kept in the dark.

STOKES LINKED-IN: BaltimoreLink, the revamped bus transit system rolled out Thursday by Gov. Larry Hogan, bills itself as a system that will take you where you want to go. Except if you’re City Councilman Carl Stokes and where you want to go is some place where bus doors aren’t closing around your neck,  reports Bryan Sears for the Daily Record.

HOGAN ON THE UPSWING: Gov. Larry Hogan said he is starting to regain his strength after completing his sixth and final chemotherapy treatment last week, reports Ovetta Wiggins in the Post. “I’m feeling like I’m getting back into the swing of things,” Hogan said Thursday. 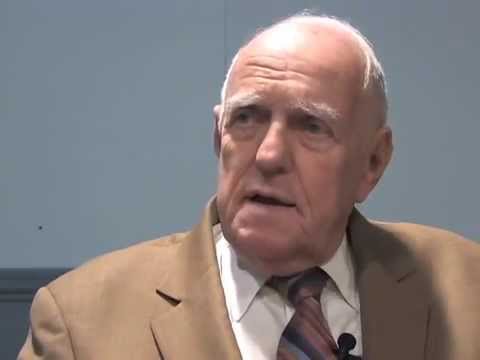 FORMER HOWARD EXEC ECKER DIES: Charles I. Ecker, a career school administrator who surprised political observers and became Howard County executive, then later served as superintendent of Carroll County schools, died of cancer Wednesday at his Columbia home. He was 86. Fred Rasmussen and Jacques Kelly write his obituary for the Sun.

KENDEL EHRLICH HIRED IN AA: Pamela Wood of the Sun reports that former Maryland first lady Kendel Ehrlich has been hired as an assistant state’s attorney in Anne Arundel County. Anne Arundel State’s Attorney Wes Adams announced Thursday that Ehrlich will work on cases in drug court, a supervised program that aims to keep drug offenders out of jail while helping them become sober.

O’MALLEY PUSHES FOR ATTENTION: This weekend’s Jefferson-Jackson Dinner in Des Moines will be a critical test of whether Martin O’Malley’s  presidential candidacy can gain a foothold in Iowa, home of the nation’s first caucuses. John Wagner of the Post reports that the former Maryland governor told reporters this week that he plans to use the high-profile Democratic gathering — expected to draw more than 6,000 party activists and four presidential hopefuls — to illustrate “very, very sharp contrasts” with rivals Hillary Rodham Clinton and Sen. Bernie Sanders (I-Vt.), both of whom are way ahead of him in the polls.

CUMMINGS TAKES CENTER STAGE: Rep. Elijah Cummings, the Benghazi committee’s highest-ranking Democrat and Hillary Clinton’s most vociferous ally on the panel, delivered an unbridled attack on the Republican-led committee’s investigation, which he described as an “abusive effort” to “derail Secretary Clinton’s presidential campaign.” Cummings also was commanding the national stage and defending his party’s leading Democrat at a moment when he is openly considering a campaign for the U.S. Senate seat that Barbara Mikulski  will vacate when she retires next year, Paul Schwartzman writes for the Post.

HARRIS BACKS RYAN FOR SPEAKER: John Fritze of the Sun reports that Rep. Andy Harris, the state’s only Republican in Congress, said Thursday he will support Rep. Paul Ryan’s bid for House Speaker. “Congressman Ryan is willing to make the changes necessary to make Congress more responsive to the needs of hard-working Americans — whether it’s to reduce burdensome taxes and regulations, or to restore and strengthen the defense of this country,” Harris said in a statement.

SUPPORT FOR MEDICAL POT: A survey of nearly 600 Anne Arundel County residents found a majority support medical marijuana operations with restrictions — results that appear to oppose County Executive Steve Schuh’s anti-pot stance, Rema Rahman of the Annapolis Capital reports. The question was among public policy and politically-related inquiries posed by students assisting the Center for the Study of Local Issues at Anne Arundel Community College in its twice-a-year survey.

PROTEST, COUNTER-PROTEST IN CARROLL: A coalition of interfaith groups protesting a recent opinion piece, which was written by Carroll County Commissioner Richard Rothschild, R-District 4, and defended presidential candidate Ben Carson’s comment that a follower of Islam cannot be president, attracted a crowd that was anything but one-sided, reports Wiley Hayes of the Carroll County Times. The article is topped by a video interview with Zainab Chaudry, Maryland outreach manager for the Council on American-Islamic Relations.