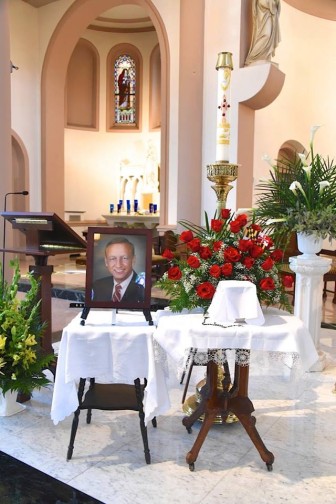 WASHINGTON-It was a sad reunion of sorts for many members of the Bob Ehrlich administration — some now part of Larry Hogan’s administration — as both governors bid farewell to Steve Kreseski, who died last month at 58.

Hogan, 59, and Ehrlich, 57, eulogized Kreseski at a packed memorial Mass at St. Peter’s Catholic Church on Capitol Hill in Washington attended by more than 400.

Kreseski was Ehrlich’s chief of staff both in Congress and as governor, and when he died, he was chief operating officer of the Livingston Group, a Washington lobbying firm.

Hogan, who worked with Kreseski as Ehrlich’s appointments secretary, remembered Steve as “a true friend, mentor and wise counsel.” He was someone who “kept an unwavering focus on the working class, the disadvantaged, and those in need.”

“As I contemplated running for governor, there were not many people who thought it was a good idea – or who thought that winning was even a remote possibility,” Hogan said. “Steve stood out in that regard – he was a constant source of encouragement for me, lifting my spirits and reaffirming my choice to seek public office.”

“Steve was always there for you,” said Hogan. “You could always count on him.”

Hogan and Kreseski visited this summer as both were being treated at the University of Maryland Medical System in Baltimore — Hogan getting chemotherapy for lymphatic cancer, and Kreseski for the lung disease that would kill him. Hogan and Kreseski had a long visit, and “Steve did all the talking,” Hogan recalled. 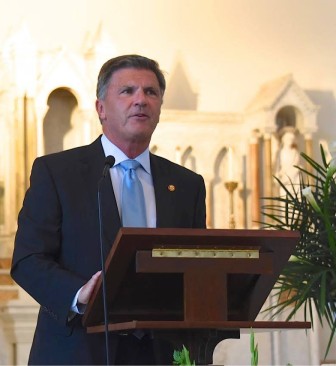 Ehrlich’s friendship with Kreseski went back much further. He remembered each as boys from working class neighborhoods of Arbutus and Hamilton who got scholarships to prestigious prep schools — Ehrlich to Gilman, Kreseski to McDonough — and each “had a chip on his shoulder.”

Ehrlich said they shared a “lifetime of laughs and a passion for politics.”

“If Steve had an enemy — in Annapolis or in Washington — I never met him,” Ehrlich said. “He was always there for you.”