HOGAN UNHAPPY WITH UNIVERSITY PROCUREMENT: Gov. Larry Hogan, in his role on the Board of Public Works, is not letting anyone off the hook easily. As Jenna Johnson of the Post reports, he is speaking loudly and carrying a big stick.

DEATH WITH DIGNITY: Bethany Rodgers of the Frederick News Post writes that, her body racked with pancreatic cancer, Annette Breiling’s mother informed her family that she had decided to stop eating in hopes of accelerating the dying process. But there would be 37 long days of fasting before her mother finally succeeded. “It was a horrible way to die,” said Breiling. More than three decades the memories are motivating her advocacy for an aid-in-dying proposal before the Maryland legislature.

DUI TESTING: Del. Curt Anderson is proposing a law that would require a police officer at the scene of a crash that results in death or serious injury to direct a driver suspected of driving under the influence to submit to testing to determine their blood alcohol level. Current law states that an officer with reasonable suspicion that a driver involved in a crash was intoxicated may ask that driver to submit to a breath or blood test and can force him or her to submit to testing if there was a fatality or serious injury, Heather Cobun writes for the Carroll County Times.

VAN HOLLEN WILL RUN: U.S. Rep. Chris Van Hollen said Wednesday that he will run in 2016 for the seat being vacated by U.S. Sen. Barbara Mikulski, becoming the first Maryland politician to declare his candidacy in what is expected to be a crowded field, Arelis Hernandez reports for the Post.

KENNEDY TOWNSEND, MIZEUR LOOKING AT SEAT: Kathleen Kennedy Townsend is the latest in a long list of possible contenders to consider a run to replace retiring U.S. Sen. Barbara Mikulski, who announced Monday that she will step down in 2016 after four decades in Congress, writes the Post’s Arelis Hernandez.

Gov. Larry Hogan spoke to a crowd of children from across Maryland, who had gathered in the Miller Senate Building to celebrate Nonpublic Schools Advocacy Day and to lobby legislators on behalf of HB 487 “The Maryland Education Credit Bill.” “This year, with your help, we are finally gonna get the House of Delegates on board and we are gonna make it law,” said Hogan. “This legislation provides tax credits to those who make voluntary contributions to public and nonpublic schools. Why in the world wouldn’t we want to encourage voluntary contributions and more investments in our schools, your schools, who could be against that?”

TOO MANY TESTS: Gov. Larry Hogan said Wednesday that he thinks that students are over-tested, a growing criticism among teachers, parents and students across the country, Ovetta Wiggins writes in the Post. How often, and when, students are given standardized tests are the subjects of two pieces of legislation being considered in the General Assembly.

PURPLE LINE DEBATE: It’s the best of projects, it’s the worst of projects. To paraphrase Dickens, that was the picture painted by a supporter and an opponent of the Purple Line at a forum Monday night in Silver Spring on the proposed $2.45 billion, 16-mile light-rail project that would link Bethesda and New Carrollton, reports Ryan Marshall in the Gazette.

CITY HIRES OLSZEWSKI TO LOBBY: Former state Del. John Olszewski Jr. of Baltimore County will join Baltimore City’s payroll to lobby the General Assembly on transportation issues, reports Luke Broadwater in the Sun.The Board of Estimates on Wednesday awarded a $90,000 contract to Olszewski, a Democrat who represented Dundalk until he lost a race for state Senate during 2014’s Republican wave.

ALTERNATIVES TO HILLARY: Democratic activists in early presidential nominating states say that new controversies swirling around Hillary Rodham Clinton have made them more eager than ever for alternatives in 2016. But as they survey the landscape, few Democrats see other credible contenders, John Wagner reports for the Post.

CARSON TO SHUT UP ON GAY ISSUES: After Ben Carson’s comments to CNN about homosexuality being a choice, he spoke on Sean Hannity’s radio show about the issue.  “Here’s the point: I believe in traditional marriage between a man and a woman. I also believe that our Constitution protects everybody regardless of their beliefs, and that includes people who are gay,” Carson said. He then told Hannity that he plans to stop answering questions about gay rights.

REPLENISH CAMPAIGN FUND: Gov. Larry Hogan successfully used public financing when he ran for office, and now he wants to make sure the fund is replenished so other candidates have the same opportunity, Rebecca Lessner reports in MarylandReporter.com.

PUSH FOR SPECIAL ELECTIONS: Two freshmen delegates are attempting to bring more democracy to the people by passing legislation that would allow voters to choose their own representative when there is an unexpected vacancy in the U.S. Senate or Maryland General Assembly. Rebecca Lessner writes in MarylandReporter.com. 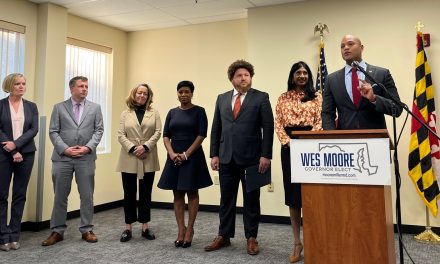 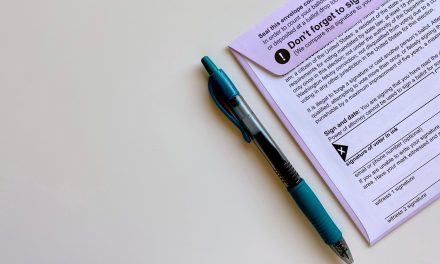