Maryland brick and mortar hotels are attempting to close a loophole in Maryland law that allows online travel booking sites to pocket a portion of the state and local sales taxes, hiding under the term “taxes and fees.”

Sen. Richard Madaleno asked the Senate Budget and Taxation Committee Wednesday to modernize the state sales tax in order to include online commerce.

“When the statute was written that created a state sales tax, no one envisioned the Internet. This is a tax that consumers are paying, it’s just not coming back to the state of Maryland,” said Madaleno, a Montgomery County Democrat who is vice chair of the committee.

Under current Maryland Law, the actual room rate charged by the hotel is taxed at 6%. Senate Bill 190 would clarify the definition of “taxable price” and apply it to online travel companies.

According to the legislation’s fiscal note, in many instances online travel companies can purchase bulk hotel room rentals for a reduced rate from a hotel, which they in turn rent to customers. The purchaser of the room rental is usually charged the same rate as the person would be if the hotel room rental was purchased directly from the hotel.

The issue that has arisen in recent years is the definition of taxable price that is the basis of state and local sales and use taxes and hotel taxes. Online travel services have typically been remitting these taxes based on the reduced rate that they pay for the hotel rooms — not the full price they charge to hotel guests.

The Maryland comptroller’s office has been arguing in court that these taxes should be collected on the total room rate paid by the end user. That is the basis on which the taxes would have be been imposed if a customer rented the hotel room directly from the hotel.

This bill requires online travel companies to collect and remit sales taxes on a taxable base that is the amount paid by the end user, the hotel guest.

This is the comptroller’s current interpretation of taxable price and that issue is currently before the Maryland Tax Court (Travelocity v. Comptroller). The comptroller is seeking back taxes, penalties and interest of approximately $6 million for sales tax payments from March 2003 through the first quarter of 2011.

In Maryland, Baltimore City and Baltimore, Montgomery, and Worcester counties have sued the online bookers over the definition of taxable price as it applies to their local hotel taxes. These jurisdictions have reached settlement agreements with the various OTCs regarding unpaid taxes.

Legislators are asking these sites to reveal a breakdown of their fees, instead of listing a room rate along with a murky “taxes and fees,” in order to make a determination on what to tax.

“They’re collecting the tax and calling it a fee…taxes are taxes, I can’t imagine anywhere else in commerce where anyone can get away with that and it’s happening right here.” said Sen, Roger Manno, a co-sponsor and committee member.

Not so simple, says travel association

Representing travel companies like Orbitz, Expedia and Priceline, Shur said the contracts between individual hotels and the travel site selling their rooms prohibits the release of an exact, discounted number of rooms that are being sold by online sites. This keeps rates competitive and doesn’t allow travel sites to “under-cut” hotel prices.

“They (hotels) do not want the consumer to know that they negotiated a rate at a certain amount, and therefore they prevent the online travel agents from disclosing the negotiated rate,” said Shur.

“It sounds like you have a contracting problem,” said Sen. Bill Ferguson, D-Baltimore City. “If they’re paying $159, that is the advertised rate of the good that they are buying. So the sales tax would apply, whatever that rate would be.”

Ferguson said that online sites are promoting rates in a way that is either “dishonest or illegal.”

Sen. Adelaide Eckardt, R-Middle Shore, a co-sponsor of the legislation and committee member, said the lack of disclosure sounded like a “behind the surface deal.”

“Somewhere the consumer is being mislead,” Eckardt said. ”There has to be equity across the board, I think it’s just as important to have some truth and disclosure so that everybody knows what you’re talking about, and I’m not clear right now.”

Online travel sites disagree, saying that this bill would create a new sales tax on service fees,  With the new sales tax, Shur said, the added cost would encourage travel sites to steer consumers to other destinations that do not charge the sites, which in turn would hurt Maryland’s tourism economy.

“What we are really asking for is whatever the final retail rate may be, that they sell for, that full retail rate must be the taxable price,” said Maloney. He believes this will even the playing field for those in the hotel business. 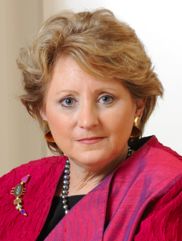