ECKARDT CONCERNED: Rebecca Lessner of MarylandReporter.com writes that as the Maryland Department of Health and Mental Hygiene discussed Gov. Larry Hogan’s 2% across-the-board budget cuts on Friday, Sen. Adelaide Eckardt of the Senate Budget and Tax committee questioned the future of 68 mental health program facilities DHMH has created the past two years through aid provided by the Affordable Care Act.

HOGAN TACKLES HEROIN: Gov. Larry Hogan has said he wants to work on Maryland’s growing heroin problem, but that’s a costly task for the state’s top legislator who is committed to cutting back as he tries to balance the state’s budget.  WYPR’s Fraser Smith talks to the Post’s Jenna Johnson about Hogan’s intentions and what his plans are.

SICK LEAVE SUPPORTERS UPBEAT: Supporters of a bill that would require sick leave for all employees say they are optimistic about the chances of passing the law this year, reports Bryan Sears for the Daily Record.

COMBINED REPORTING: On Friday, Sen. Paul Pinsky and 15 co-sponsors again introduced legislation to establish combined reporting as the way corporations would determine their taxes in Maryland law, a proposal that Maryland businesses have repeatedly opposed. Brien Poffenberger, president of the Maryland Chamber of Commerce, argues against combined reporting in this piece for MarylandReporter.com.

RED LINE FOES CHARGE: Opponents of the proposed $2.9 billion Red Line light rail line are accusing the project’s backers of misleading the public and state leaders about the availability of federal funds to build the project, reports Adam Bednar for the Daily record.

READY, SERAFINI MOVE TO SENATE: The Maryland Senate installed two new Republican members on Monday to replace colleagues who had been tapped by Gov. Larry Hogan to serve in his administration. Both Justin Ready (R-Carroll) and Andrew Serafini (R-Washington) moved across the hall from the House of Delegates.

KAISER TO SPEAK: Democrats in the Maryland legislature have chosen Del. Anne Kaiser, the new House majority leader, to speak for the party following the televised State of the State address Wednesday by Gov. Larry Hogan, John Wagner reports in the Post.

LATINO CAUCUS: Six Maryland state senators and delegates will organize the state’s first Latino legislative caucus to advocate more aggressively for issues affecting one of the largest and fastest growing groups in the state, Arelis Hernández reports in the Post.

O’MALLEY BLASTS OFF-SHORE DRILLING PLAN: In an op-ed for the New York Times, former Gov. Martin O’Malley urges the Obama administration to reverse itself and not allow oil and gas drilling off the East Coast.

BUSCH ON ISSUES: Chase Cook of the Annapolis Capital spoke with Maryland Speaker of the House Michael  Busch, D-Annapolis, about the upcoming budget debate, the elected school board debate, possible tax cuts — and what books are on his shelf.

PROFILE: SEN. ASTLE: Tom Marquardt, in an article for the Annapolis Capital, writes about long-time state Sen. John Astle and his adventure-filled life outside of Annapolis. Not known for leading floor debates or sponsoring landmark legislation, Astle says he instead made it his mission to help constituents. He rattles off legislation he sponsored to relieve county residents of unreasonable government burdens.

GOP COFFERS FILL: Gov. Larry Hogan and the Maryland Republican Party have raised more than $2 million since the November election, capitalizing on an advantage that had long been held by the state’s Democrats, Michael Dresser reports for the Sun.

HOGAN’S HOT: Josh Kurtz of Center Maryland writes that three months after his victory, Gov. Larry Hogan remains a hot topic in political circles. He’s the cover boy for an article in the conservative Washington Examiner titled, “How the GOP wins in the Northeast.”  Even more fascinating was the cover story in this week’s National Journal magazine called “The Emerging Republican Advantage,” which devoted several hundred words to Hogan’s upset victory over Democrat Anthony Brown in November.

O’MALLEY HEADS TO IOWA: Former Gov. O’Malley on Monday announced a pair of trips to Iowa in coming months, adding to a burgeoning travel schedule to early presidential nominating states, writes John Wagner in the Post. 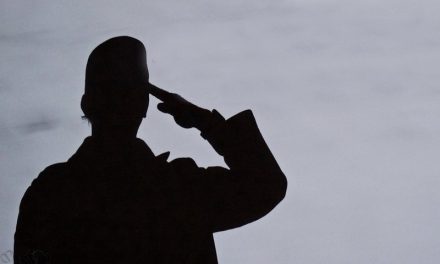