After being censured by the General Assembly for an ethics violation, Sen. Ulysses Currie could be  particularly vulnerable to election year attacks.

But his primary challenger, Del. Melony Griffith, has decided not to dwell on this issue when she speaks about him.

“There is a recognition by myself and many of my voters that without trailblazers [like Senator Currie] the Melony Griffiths wouldn’t have had the opportunity to run for office,” Griffith said. “So I think people in my district don’t have an appetite for someone wanting to run on someone else’s negatives. They want me to convince them that I am the best candidate based on my energy and my strengths.”

Currie, 76, has not faced a challenger in the primary in 12 years, but he was brought up on charges of federal extortion and bribery during his last term in the Senate.

Currie was ultimately acquitted of the charges, which involved a failure to disclose payments of roughly a quarter of a million dollars to work with the retail chain Shoppers Food Warehouse. However, he was later censured by the Senate. He was replaced as chair of the Budget and Taxation Committee prior to the trial.

He did not respond to requests for comments for this article.

Positive campaign could be a smart tactic

Political Scientist Paul Herrnson, executive director of the Roper Center for Public Opinion Research and founder of the University of Maryland’s Center for American Politics and Citizenship, says that while Griffith’s campaign decision is commendable on a personal level, it is also smart politically.

“It would be fair game to raise this [issue] in a campaign,” Herrnson said. “But it’s best being heard from people other than the candidate and the candidate’s campaign. The more distant you can keep yourself from attacking the better off the candidate is.”

So rather than going negative, Griffith, 51, has stressed her own strengths.

“After having served almost 16 years in the House of Delegates I feel it’s time to take my skills and expertise across the hall so I am better positioned to leverage for changes on behalf of Prince George’s County,” Griffith said. “I certainly have demonstrated the ability to understand the very complex budget of the state of Maryland as well as the ability to build relationships with a diverse group of legislators across the state. And having served for as long as I have I think it’s time to start training some new leaders to lead [Prince George’s] into the next decade.”

Currie, who has $128,398 in campaign funds has been touting his experience. K. Alexander Wallace, who is running on a slate with Currie, and who has served as both a legislative and constituent aide to Currie, says that Currie’s experience and achievements speak for themselves.

“His experience is definitely his greatest strength,” Wallace said. “He’s given years of his life not only to legislating, but to being a liaison between the community in the state. He’s been in the House, been in the Senate, and worked closely with people who are running for higher office. When you have experience, you have a relationship with people in the Senate and the House, and when you are trying to get something passed, you need those relationships with people on both sides of the aisle.”

Currie enjoys the strong support of both Senate President Mike Miller and of Lt. Gov. Anthony Brown, who once represented the district and chaired Currie’s campaign committee in the mid-1990s.

“The difficulty has been getting finances actually,” Griffith said. “I’m running against a candidate who’s being supported by the president of the Senate, and people don’t want to jeopardize their relationship there.”

Currie’s record has earned him a strong support in this race, including heavy union backing. He has received endorsements from CASA, Maryland AFL-CIO, Service Employees International Union, and the Maryland State Education Association.

Griffith, who has raised $48,387 in campaign funds, has been stressing her own legislative experience, but also her energy, enthusiasm, and the fresh perspective she can bring to the Senate. Terri Reaves, who is running for Democratic Central Committee for District 25, said it is this enthusiasm and passion that led her to support Griffith.

“I’ve interfaced with [Currie] and think he is a very nice person,”  Reaves said. “But I think at this point and time Melony would be a better choice for the position. I always believe there’s time for new blood, and that’s what I see in this campaign, that Melony is the new blood coming in.” 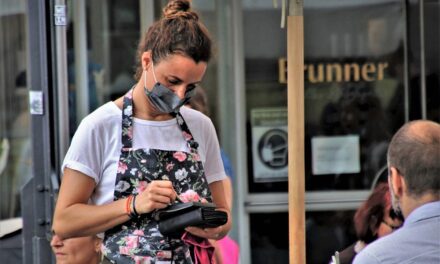