***The deadline to register to vote or change party affiliation is next Tuesday, June 3 at 9 p.m. Any Maryland citizen who will be 18 by Nov. 4 can register online or change party at https://voterservices.elections.maryland.gov/OnlineVoterRegistration or with paper applications at libraries, post offices, motor vehicle offices and other state offices. The primary is Tuesday, June 24 and early voting begins Thursday June 12.***

TRANSPARENCY: Alison Knezevich of the Sun reports that the type of campaign account that Baltimore County Executive Kevin Kamenetz is using to bolster candidates he favors is used widely in Maryland politics, but critics say it lacks transparency. Kamenetz transferred more than $100,000 of his campaign funds last year to A Better Baltimore County, a slate fund that will be able to transfer unlimited amounts of money to other slate members in this year’s elections.

CAMPAIGN FINANCE REPORTS: Candidates in the governor’s race in Maryland are due to release updated campaign finance reports. The reports are to be released by midnight Tuesday for candidates in the Democratic and Republican primaries, according to an AP story in the Carroll County Times.

MARIJUANA LEGALIZATION: According to the mother of the man who recently crashed his stolen dump truck through the doors of WMAR-TV and stormed though the TV station claiming he was God – her son was a heavy marijuana user and that’s what caused his latest psychotic episode. Columnist Barry Rascovar writes in MarylandReporter.com that near-calamity should bring new focus to the marijuana legalization debate in Maryland’s June 24 gubernatorial primary.

GUN POLITICS: An O’Malley administration official admitted that the Firearm Safety Act of 2013 (SB 281) was not about policy but politics, according to testimony by a retired Maryland State Police commander, reports Mark Newgent in Red Maryland. The sweeping gun control law, championed by Gov. Martin O’Malley, requires firearms purchasers to be fingerprinted, bans so called “assault weapons,” limits magazines to clips that hold less than 10 rounds and restricts purchases by the mentally ill.

VOTER TURNOUT: WYPR’s Fraser Smith and Roberto Alejandro of the Afro talk about efforts to increase voter turnout in the June 24 primary, and who would benefit if the vast majority of voters stay home.

THE RUNNING YOUNGS: Erin Cox of the Sun writes that Frederick voters may notice a theme to their primary ballots next month: Young for state senator. Young for county executive. Young for county school board. Young for state delegate. Politics, after all, is the Young family business. Todd Anderson, a federal contractor who lives in the city of Frederick, said, “I guess we’ve got kind of a Kennedy clan here.”

HENSON GOES NEGATIVE: Luke Broadwater of the Sun reports that if folks were waiting for Julius Henson’s campaign for state Senate to go negative, they didn’t have to wait long. The longtime political consultant distributed his first negative flier about 45th District incumbent Sen. Nathaniel McFadden. Titled “McFadden’s Dirty Dozen,” the list of 12 criticisms included the assertion that McFadden, who walks with a cane, isn’t “healthy enough” to serve in the General Assembly.

NRA BACKS SERAFINI, PARROTT: The National Rifle Association has endorsed Dels. Andrew Serafini and Neil Parrott, both R-Washington, in their re-election campaigns for Subdistrict 2A, writes Kaustuv Basu for the Hagerstown Herald Mail.

DISTRICT 5: Rachel Roubein of the Carroll County Times writes that the candidates for the 5th legislative district discussed what legalizing marijuana would mean. Senate President Mike Miller publicly supported the measure, along with gubernatorial candidate Heather Mizeur. Others haven’t taken the measure off the table for future debates despite the bills dying in both the House and the Senate this legislative session.

ABOUT O’MALLEY: John Wagner of the Post writes that this year’s gubernatorial election is shaping up as a referendum on the last eight years of Gov. Martin O’Malley’s administration. While he isn’t on the ballot this year in Maryland, but he is casting a long shadow over the race to succeed him.

O’MALLEY BUSKING: Maryland Gov. Martin O’Malley, who is weighing a 2016 presidential bid, spent part of his Memorial Day doubling as a street musician in downtown Annapolis, writes John Wagner in the Post. As captured by photos on Twitter, O’Malley played a six-string banjo at City Dock on Monday night, wearing a Baltimore Ravens T-shirt, cargo shorts and flip flops. He appeared to accept tips in his open banjo case.

BA CO VOTES: Michael Dresser of the Sun writes that for the first time in two decades, Baltimore County doesn’t have a favorite son or daughter in the governor’s race. All the more reason why candidates seeking Maryland’s top office are fighting for the votes of county residents. “Baltimore County is going to be critical because it’s the third-largest pool of Democratic votes,” said John Willis, a high-profile Democrat and author of a book on Maryland politics.

PARADE POLITICS: Josh Kurtz of Center Maryland uses the Rockville Memorial Day Parade as a meter to judge where the candidates stand in the eyes of the voters. Of course, he’s betting that few voters will be turning out on Primary Day.

HELPING EX-CONS; GETTING VOTES: Erin Cox and Luke Broadwater of the Sun write about attempts by gubernatorial hopefuls to gain votes by appealing to helping ex-cons succeed on the outside. When Democrat Doug Gansler stopped by a Baltimore sports bar recently, the ex-convict behind the bar struck up a conversation. It’s a tough road, the worker told Gansler, to get any job.

BROWN & THE STATUS QUO: The editorial board for the Sun opines that if there is one criticism that is most consistently delivered by the opponents of Lt. Gov. Anthony Brown in his quest to replace Gov. Martin O’Malley, it is that he is a paragon of the status quo, the anointed son of an insular Democratic Party establishment. If he wanted to prove his critics’ point, he could not have found a more damning way to do it than with his support for disgraced state Sen. Ulysses Currie for re-election.

THE NUMBERS: Democrat Anthony Brown’s campaign calls his new 30-second television spot “Not About the Numbers.” The ad lives up to its title by offering no statistics, just broad generalities about Maryland’s economy, writes Michael Dresser of the Sun.

GEORGE ON TAX HIKES: Republican Ron George releases the first commercial in his campaign for governor, an introductory spot that also chronicles his opposition to tax increases, writes Jeff Barker for the Sun.

CURRY BATTLES CANCER: DeNeen Brown of the Post reports that Wayne Curry has lost 50 pounds since he was diagnosed with lung cancer in August. And he uses the words “potentially fatal” when he discusses his illness. But when the phone rings in the kitchen of the Curry home, the man who presided over the dramatic transformation of Prince George’s County and made history as the region’s first African American county executive flashes his trademark humor.

***Every weekday at around 8:30 a.m. MarylandReporter.com sends out a newsletter to more than 5,600 addresses with summaries and links to this roundup and our original stories that have been posted on the website. If you would like to receive the newsletter, sign up at the very top of this page. It’s a two step process. You must confirm your subscription when you get an email.*** 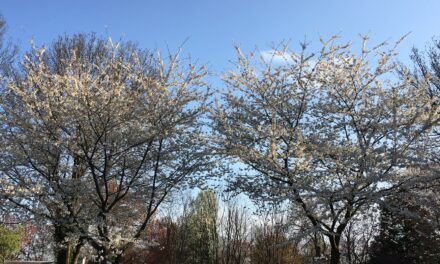 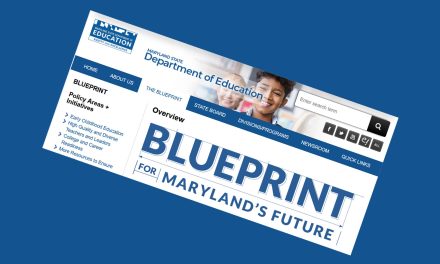