STATE OVERTIME PAY: Although the number of overtime payments to state employees made in 2013 remained roughly the same as those made in 2012, the sum of those payments rose by more than $8 million, according to a database provided by the state comptroller’s office in response to a Public Information Act request. Margaret Sessa-Hawkins writes the story for MarylandReporter.com.

SCHOOL FUNDING: The Maryland Board of Public Works has approved an additional $131 million in unallocated funding for school construction, including more than $8 million for Severna Park High, according to an AP story in the Annapolis Capital.

GERRYMANDERING: For a quick graphic look at gerrymandering in Maryland and the rest of the United States, take a look at the Post-generated interactive map that will give you a good sense of the issue of creating safe and not so safe seats.

LEARNING HISTORY: Fraser Smith, in his Friday column for the Daily Record, writes that with the June 24 primary election coming up, and a low voter turnout expected, lessons in history could be a key to upping the engagement of a disconnected electorate. And he cites some highly engaged students to prove it.

MORNING AFTER PILLS: The Baltimore City pastor explained it like this: Being courted by a politician can sometimes feel like a one-night stand for community activists. In the heat of the moment, there is intense devotion and endless promises. But what happens the next morning? “We’re not asking you to marry us. This is no request for death-do-us part relationship,” said the pastor, addressing three Democratic gubernatorial hopefuls during a forum in Baltimore City on Wednesday night. “But, understand, neither will we be treated as, like the young people say, as a booty call.” Jenna Johnson of the Post reports on the responses of the candidates.

RACE & THE GOVERNOR’S RACE: WYPR’s Fraser Smith and Donn Worgs of Towson University talk about why the prospect of Maryland electing its first African American governor has not been part of the campaign, aside from an early controversy last summer.

Mark Newgent, left, of Maryland Citizen Watchdog and Red Maryland won the Citizen Journalist award from the Franklin Center for Government and Public Integrity and the Heritage Foundation at the Newseum in D.C. Tuesday night. Franklin Center President Jason Stverak is on the right.

DISTRICT 11: A Baltimore County Democratic Club, based almost solely on a battle in the local county council race, declined to endorse a contingent of State House incumbents, despite the fact that those lawmakers have been long-standing members in the group, reports Jeremy Bauer-Wolf for MarylandReporter.com.

DISTRICT 18: Louis Peck of Bethesda Magazine reports that this year’s primary contest for House of Delegates in District 18 has stood apart from state legislative districts in the rest of Montgomery County: While all three Democratic incumbents are seeking renomination, a large field of challengers has nonetheless jumped into the race despite the absence of an open seat.

DISTRICT 30A: House Speaker Michael Busch, in the candidate series for the Annapolis Capital op-ed page, writes that as speaker, he believes he has brought attention to the needs of the Annapolis area and identified solutions to make our community an even better, safer place to live. He writes that he believes a strong public school system is the great equalizer.

LEGGETT’S LEG UP: The chant of “four more years” echoed Wednesday evening through what IT entrepreneur and philanthropist Frank Islam called his “little home,” the 9-acre, 40,000-square foot Potomac estate that was the setting for Montgomery County Executive Ike Leggett’s little fundraiser. A host committee of big-time donors raised about $250,000 for Leggett, as Gov. Martin O’Malley, Sen. Ben Cardin and Rep. Chris Van Hollen hailed his bid for a third term in the June 24 Democratic primary, reports Bill Turque in the Post.

ATTORNEYS FEES ORDERED: Anne Arundel County must pay $103,000 in attorney’s fees to a former county employee who claimed she was wrongfully terminated by then-County Executive John Leopold, a federal judge has ruled, Rema Rahman reports in the Annapolis Capital. On Wednesday, the judge awarded Karla Robinson Hamner $103,000 in legal fees plus $1,225 in costs. 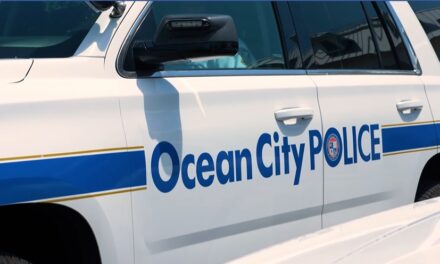 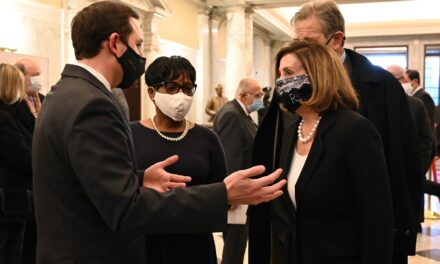