A Republican attempt to force legislators to vote on their own pay-raise was defeated  in the House of Delegates Tuesday, with Democrats overwhelmingly rejecting the move.

Introduced by Del. Cathy Vitale, R-Anne Arundel, the motion asked the House to suspend the rules so that a resolution to reject a proposed salary raise for legislators elected this fall could be considered on the House floor. An almost identical resolution has been sitting in the House Rules Committee without a vote since its hearing in late February.

Under the Maryland constitution salary raises for legislators are recommended by an outside commission every four years. If the legislature does nothing to stop or lower the pay hike by next Monday, the raise goes into effect.

“Let’s not kid ourselves,” Vitale said. “There was an earlier introduction of a resolution to address the salary, pension and pay packet of the General Assembly. That resolution is sitting in the Rules Committee. It did not come out of Rules, it did not get referred to a committee. The choice you are going to make on the suspension of the rules really is whether or not you want to be heard on this issue.”

Vitale introduced the motion under a provision in the House rule book which states that the rules may be suspended to consider a bill without referring it to a committee if a copy of the bill or resolution is distributed to the desk of each member. In order for the rules to be suspended at least two-thirds of the 141-member House must vote in the affirmative.

Many delegates spoke against the motion, arguing that it was a bad precedent to set.

“I intend to handle this motion the way we would handle any other motion,” House Majority Leader Kumar Barve said. “It is true there have been instances where bills have been directly referred to committees, but you need 94 votes to do it, and in those specific instances it might have made sense. But I don’t ever remember seeing a bill considered by this body without it first being considered in committee. Period. In 24 years I’ve never seen it.”

Many delegates, however, argued that the unique nature of the situation made it necessary for an exception to the regular order.

“It has been suggested that this motion should be treated like any other motion,” Del. Herbert McMillan, R-Anne Arundel, said. “Well guess what? It’s not like any other bill because it’s about your pay. It’s about how much you get paid, and that’s what makes this bill different.

“This just underscores the perception that many people have that legislators simply want to feather their nest,” McMillan said. “They’re not even willing to bring their pay wages up to a vote in the light of day. And that’s wrong.”

In the end, however, the motion came nowhere near garnering the 85 votes it would need to pass, and was voted down 48-87.

This will be the first pay hike for legislators in eight years. Their salaries will go up $1,707 every year for four years, raising their total annual salary from $43,500 to $50,330. 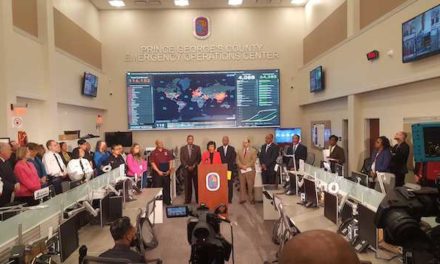