MEDICAL MARIJUANA: Last year, Maryland legalized medical use of marijuana but limited distribution to a small number of approved “academic medical centers.” None of those centers — including the University of Maryland Medical System and Johns Hopkins University — has been willing to participate, however, so legislators are looking to tweak the law to help patients who could benefit from the drug to obtain it, Jenna Johnson and John Wagner report in the Post.

POT DECRIMINALIZATION: The Maryland Senate on Friday approved a bill that would decriminalize possession of small amounts of marijuana. The bill now goes to the House of Delegates, where its prospects are uncertain, write John Wagner and Frederick Kunkle in the Post. The Senate bill, which passed 36 to 8, would remove criminal penalties for possession of less than 10 grams of marijuana and impose a civil fine of $100.

ABORTION DEADLINE: As legislatures around the country have renewed efforts to restrict abortions, an Anne Arundel County Republican has proposed a Maryland law that would impose a 20-week deadline on when a woman could receive an abortion during the course of her pregnancy. But even he doesn’t think the proposal will make it out of committee, reports Jeremy Bauer-Wolf for MarylandRerporter.com.

BIRTH INJURY FUND: Maryland’s hospital operators say that malpractice suits are leaving them few options but to consider shutting down maternity wards. Lawmakers are now mulling a “no-fault birth injury fund” that would allow parents of babies injured at birth to seek compensation from a state fund, rather that pursuing their claims in court. It’s an idea worth pursuing, according to the editorial board for the Frederick News Post.

GOUCHER POLL: Dan Rodricks and a panel that includes C. Fraser Smith look into the results from the latest Goucher Poll about all things Maryland, including health care reform and pot decriminalization.

GAY CONVERSATION BAN: Gay rights advocates and the state legislator who introduced legislation this session to ban so-called “gay conversion therapy” in Maryland have withdrawn the bill, saying they will instead pursue regulatory oversight of the controversial practice, Kevin Rector of the Sun reports.

HOLOCAUST VS. PURPLE LINE: It’s the classic tug of war between emotion and logic, a crusade by legislators in Annapolis to enact punishment on a corporate Holocaust collaborator versus the cold reality that such a move would cost Maryland a new mass-transit line in suburban Washington. So far, writes columnist Barry Rascovar for MarylandReporter.com, the emotion side of the human equation is winning.

ENVIRONMENTALISTS BACK ON TRACK: While environmentalists have so far spent much of this year’s 90-day General Assembly session defending the state’s stormwater mandate, some say they may be back on the offensive soon, writes Alex Jackson for the Annapolis Capital.

WIND PROJECT SLOWED: Opponents of a Somerset County wind energy facility pushed forward with a House proposal to slow the project Saturday, a victory for Southern Maryland over the Eastern Shore in a rare contest of rural regions, reports Michael Dresser for the Sun. On a 40-80 vote, the House defeated an amendment that would have weakened a bill to impose a 15-month delay on the construction of high turbines for the Eastern Shore project.

TRUTH ABOUT CHICKEN MANURE: In an op-ed in the Sun, Bill Satterfield of Delmarva Poultry Industry Inc., disputes a commentary published March 6 in the Sun – Why is O’Malley giving poultry polluters a free ride? – the authors claim that the chicken companies operating on Maryland’s Eastern Shore are the “bay’s biggest polluters” and that they are getting a free ride on the backs of the taxpayers. Also, they claim that chicken manure, a heavily regulated and locally produced organic fertilizer, is the cause of “massive pollution” of the Chesapeake Bay. The facts speak otherwise.

DISTRACTED DRIVING: The House of Delegates approved a bill Friday that would allow a judge to give up to a year’s sentence to a driver who negligently kills or seriously injures someone while texting or speaking on a hand-held cellphone, writes Michael Dresser in the Sun.

COLLEGE HACKING THREAT: In the two weeks between recent revelations that hackers stole data on students, alumni and faculty from the University of Maryland, College Park and the Johns Hopkins University, nearly 360,000 records were swiped in similar attacks at schools in Pennsylvania, Indiana and North Dakota, reports Scott Dance for the Sun. Colleges and universities often are attractive targets for hackers because there are many access points into their networks, which contain not just financial and personal data but also valuable intellectual property. That threat is forcing academics to reassess the way they keep and protect vast collections of information, often held in decentralized computer networks accessible to thousands of students, professors and researchers.

UNDER THE DOME: Among items Alex Jackson writes about in his Under the Dome column are that Anne Arundel County’s House and Senate delegations nearly agreed to legislation eliminating an automatic salary increase for the county’s state’s attorney — an agreement that would have greatly boosted the bill’s chances of passage But nearly doesn’t count at the General Assembly. And one hastily changed vote will.

ELECTED SCHOOL BOARD: After a long history of discontent with the way the Baltimore County School System is run and a concerted effort to change the way its school board is appointed, it appears that the General Assembly is on board with giving voters an elected school board, at least in part, writes the editorial board for the Sun.

TEACHERS BACK FROSH: Sen. Brian Frosh on Saturday picked up an endorsement of his bid to become Maryland’s attorney general from the state’s largest teachers lobby, writes John Wagner in the Sun.

PAYING FOR CAMPAIGN PROMISES: As the 2014 campaign for governor heats up, candidates of both parties are making promises of bold new programs or deep tax cuts — in many cases giving vague and sometimes implausible explanations of how they will pay for them, reports Michael Dresser for the Sun.

LAFERLA CHALLENGES HARRIS: Democratic candidate for Congress John LaFerla released a statement on Friday challenging U.S. Rep. Andy Harris’ views on the Phosphorus Management Tool, Jennifer Shutt reports for the Salisbury Daily Times. The statement follows comments Harris made last week that if the management tool doesn’t come out “right” he would try to withhold federal funds from the state of Maryland.

CHARGE BY CITY PROSECUTORS: Dozens of suspects in Baltimore City have been detained for days with no chance at release, after being charged directly by prosecutors instead of by police. Officials say the unusual strategy is key to taking down major criminal organizations, but they also acknowledge problems that have led to long delays. Ian Duncan of the Sun looks into the situation and finds that of 205 cases initiated last year by the office of State’s Attorney Gregg Bernstein, 20% of defendants waited more than five days for an initial appearance in court. One man waited nearly two months.

THAT’S NOT THE MAYOR: Baltimore City officials Friday warned residents that someone was posing as Mayor Stephanie Rawlings-Blake on the social network Instagram, Tim Swift reports in the Sun. Using the Instagram handle ‘mayorsrb,’ the account promised college scholarships in exchange for email addresses, the city said. The mayor’s office says no such program exists.

MARYLANDREPORTER.COM HAPPY HOUR: Republicans and Democrats, business lobbyists and union leaders, environmentalists and oil company representatives were among the 80 people from the right, left and center who attended the second annual happy hour for MarylandReporter.com last Thursday at Harry Browne’s across from the State House in Annapolis. The event raised about $20,000 for the nonprofit news website. 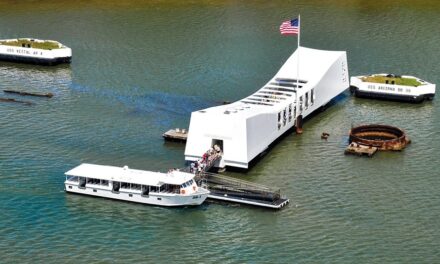