PURPLE LINE VS REPARATIONS: The sponsor of a bill that Maryland officials say would jeopardize federal money for a light-rail Purple Line by requiring one of the project’s bidders to pay Holocaust reparations said Tuesday he would not put the funding at risk, writes Katherine Shaver in the Post.

POT DEBATE POSTPONED: With the crossover deadline looming, the Maryland Senate decided Tuesday to postpone debate on a proposal to decriminalize marijuana, reports Alex Jackson for the Annapolis Capital. After brief discussion, the Senate postponed debate on Senate Bill 364, which would decriminalize pot by making possession of up to 10 grams a civil offense, punishable by a fine. Several amendments are expected to be introduced when senators resume discussion on the legislation. One change would ensure judges can order treatment for persistent marijuana users.

GMO LABELING: Farming representatives and legislators debated Tuesday whether requiring manufacturers to label genetically modified food would empower consumers or scare them unnecessarily. The proposal’s sponsor said that while genetic modification is “not all evil,” shoppers have a right to information about the food in their shopping carts, Bethany Rodgers reports in the Frederick News Post. Under the bill, all foods containing genetically modified organisms would have to bear an identifying label starting July 1, 2015.

REDSKINS RESOLUTION: Jenna Johnson of the Post reports that two Maryland delegates have proposed a resolution that urges the owner of the “professional football franchise to change the name of the football team” to something that “is not offensive to Native Americans or any other group.” Washington Redskins owner Daniel Snyder has defended and stood by the name

REDUCING RECIDIVISM: Attorney General and gubernatorial candidate Doug Gansler on Tuesday threw his support behind legislation in Annapolis that would shield some criminal convictions from background searches as a way to put more ex-offenders to work and reduce Maryland’s recidivism rate. Gansler said the state’s recidivism rate is 46%, and state leaders should be doing more to offer opportunities for ex-offenders to enter the workforce, reports Yvonne Wenger in the Sun.

FORCED MEDICATING: Maryland lawmakers are moving to make it easier to medicate mental hospital patients against their will, while examining the idea of court-ordered therapy for mentally ill people who aren’t hospitalized, the Sun’s Andrea Walker is reporting. The legislation is based partly on recommendations from a panel convened by Gov. Martin O’Malley after the 2012 shootings at Sandy Hook Elementary in Newtown, Conn. That case prompted a national debate about the adequacy of care for mentally ill Americans.

HEALTH EXCHANGE REVIEW: WYPR’s Fraser Smith and John Fritze of the Baltimore Sun talk about federal auditors’ announcement that they will review Maryland’s health insurance exchange and what role U.S. Rep. Andy Harris had in that decision.

DEFIBRILLATOR EXPANSION: The General Assembly is considering legislation that would expand Connor’s Law, legislation passed last year that requires all public and semi-public pools to have an automated external defibrillator, or AEDs. This year, one Montgomery delegate is trying to expand the law to include nearly every other swimming pool in the state, reports Alex Jackson in the Annapolis Capital.

MEDICAL APOLOGIES: The editorial board for the Annapolis Capital writes that Del. Ron George’s proposal to expand a law allowing members of the medical professional to apologize without fear of legal liability is a good idea, but one that the legal professional does not want.

IMMIGRATION ENFORCEMENT: State lawmakers are considering bills that would decide whether local police should help the federal government detain suspected illegal immigrants for deportation, Jeremy Bauer-Wolf reports in MarylandReporter.com. Two delegates from opposite parties are advocating two completely different approaches to address how extensively local law enforcement agencies should cooperate with a federal program that identifies people for deportation as soon as they are arrested.

REPAIRING CITY LIQUOR BOARD: Following a scathing audit that revealed widespread mismanagement and spotty enforcement by Baltimore City’s liquor board, state lawmakers are poised to approve emergency changes to reshape the troubled agency, report Erin Cox and Yvonne Wenger for the Sun. Bills that advocates say would reform the liquor board — requiring that all records be posted online and granting the city government more control — passed the House of Delegates Monday and garnered initial approval in the Senate on Tuesday.

FUNDING FOR FREDERICK: Plans to expand a center serving disabled individuals, rejuvenate Culler Lake and establish a performing arts hub in Frederick could get a boost from state funding over the upcoming year. Bills seeking support for six Frederick County initiatives were presented to legislative panels Saturday as officials in the Maryland General Assembly deliberate on how to divide up state money, reports Bethany Rodgers in the Frederick News Post.

DELANEY TOUTS INFRASTRUCTURE FUND: Caleb Calhoun of the Hagerstown Herald Mail reports that U.S. Rep. John Delaney touted to the Hagerstown-Washington County Chamber of Commerce the Partnership to Build America Act he introduced last May that would create a $50 billion infrastructure fund. That fund could be leveraged to $750 billion by encouraging U.S. corporations to purchase 50-year bonds that are not guaranteed by the federal government and pay 1% interest rate, he said.

SCHOOL AID AS ENROLLMENT DECLINES: A bill that could help school districts facing decreases in state aid because of declining student enrollment, such as Garrett County, has won an important vote on the Senate floor that bodes well for passage in the next few days, reports Matthew Bieniek for the Cumberland Times News. The bill passed on second reading with amendments Monday and will likely come to a final vote in the next day or two.

GOVERNOR FROM MONTGOMERY? John Wagner of the Post writes that Attorney General Doug Gansler is trying to do something that no other Montgomery County resident has done: get elected governor of Maryland. He emphasizes this goal every time he appears in Maryland’s most populous county, “We’re going to have a governor from here .?.?. who’s going to stand up for the interests of Montgomery County,” said Gansler on a recent Sunday.

FREDERICK’S CHARTER: As with any organization, the success of charter government will come down to who is involved and whether they get along. That was a key point made Tuesday in a discussion of Frederick County’s forthcoming change from a commissioner form of government to charter government, writes Ed Waters in the Frederick News Post. “No form of government is a panacea, but on balance, charter is the right way to go,” Howard County Executive Ken Ulman, who is running for lieutenant governor, told a meeting of the Frederick County Building Industry Association. 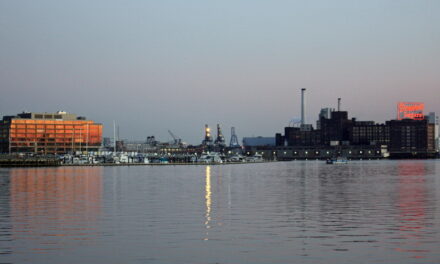