MINIMUM WAGE: The Maryland House of Delegates appears poised to pass a bill Friday, raising the state’s minimum wage after rejecting more than a dozen attempts Wednesday to amend the legislation sponsored by Gov. Martin O’Malley, writes John Wagner in the Post.

ESTATE TAX: General Assembly leaders say they are fearful wealthy Maryland residents are moving out of state because of Maryland’s high estate tax and are promoting legislation that would cut the “death tax.” Maryland imposes a tax when property is transferred from the deceased to a living relative, if that property is valued at more than $1 million — the tax caps at 16% of the entire estate, writes Jeremy Bauer-Wolf.

GAO TO EXAMINE EXCHANGES: The U.S. Government Accountability Office said Wednesday it is planning to examine state-based health insurance exchanges created under the Affordable Care Act, a move that could lead to a review of Maryland’s troubled website, reports John Fritze for the Sun.

SINGLE-PAYER BY 2017: A state senator wants to expand the Maryland Health Benefit Exchange into a universal single-payer program by 2017 — but the cost could be steep, writes Bryan Sears in the Daily Record. Senate Bill 667, sponsored by Sen. Paul Pinsky is strikingly similar to the Vermont legislation that created Unified Green Mountain Care, a universal health care system, in 2011.

TOUT TRANSPARENCY, THWART THE PRESS: With all the other problems facing the Maryland Health Benefit Exchange, carping about the way its board went about firing the primary contractor over the last weekend in February would be petty indeed, opines the editorial board for the Daily Record. So it put together a list of 10 ways to keep the press and the public at bay all the while touting your transparency.

DAMAGES: Legislation to triple Maryland’s statutory cap on non-economic damages in civil cases for “catastrophic” injuries drew strong support Wednesday from plaintiffs’ attorneys, who called it just, and condemnation from defense lawyers and hospitals who said the higher potential recovery will come at the cost of patient care and higher consumer costs, reports Steve Lash in the Daily Record.

ZOO ACCREDITATION BILL: The owners of Plumpton Park Zoo went back to the Maryland General Assembly this week to approve amendments made to a bill that would have, if approved in its original form, put an end to many of the displays at the Rising Sun zoo. HB 1124 would have blocked smaller operations such as Plumpton Park from obtaining new primates, bears and big cats unless they join a national accreditation organization, Jane Bellmyer reports in the Cecil Whig.

LICENSE SUSPENSION: Alex Jackson of the Annapolis Capital writes that House Bill 1190 would require the Motor Vehicle Administration to provide notice any time it suspends or revokes a license. In certain cases the MVA sends out one to two notices prior to driver’s licenses or registrations being suspended. If someone fails their emissions test, the MVA typically sends out two notices. The state Department of Transportation opposes the bill because it says the MVA already issues two notices through first-class mail to the address attached to a license before that license is suspended.

SHERIFF’S RAISE: A state legislator who objects to the Frederick County sheriff’s stance on immigration enforcement opposed a bill on Wednesday authorizing a pay increase for the agency head, writes Bethany Rodgers for the Frederick News Post. The proposal, which would raise the sheriff’s yearly salary from $100,000 to $125,000, cleared the Maryland Senate with 45 votes of support.

SUNDAY SALES: Bills that would allow voters to decide whether to expand Sunday on- and off-premises alcohol sales in Garrett County are being considered by the General Assembly, writes Matthew Bieniek for the Cumberland Times News.

MASSACHUSETTS ON ITINERARY: Gov. Martin O’Malley has been booked as the keynote speaker at a Massachusetts Democratic Party awards reception in May, writes John Wagner in the Post. The event is the latest in a string of out-of-state speaking engagements planned by O’Malley in coming months as he prepares for a possible 2016 presidential bid and campaigns for other Democrats around the country.

LET THE TV ADS BEGIN: Michael Dresser and Erica Green of the Sun report that Democratic gubernatorial rivals Doug Gansler and Anthony Brown announced Wednesday that they have bought time on local stations and will launch television ad campaigns over the next two days. It is the beginning of what is certain to become a drumbeat of 60-second spots that will continue through primary day June 24, at a cost running into millions of dollars in both the Baltimore and Washington media markets. Video tops the article.

LEGGETT ON DUNCAN LEGACY: When Montgomery County Executive Ike Leggett describes the budget cuts and other difficult steps he took to get his county through the Great Recession, he often includes the claim that his task was made more daunting by his predecessor and Democratic primary opponent, Doug Duncan. Leggett says Duncan left county finances in perilous shape when he exited office after three terms in 2006. At first glance, the numbers don’t support Leggett’s assertion, writes Bill Turque in the Post.

FREE RIDES TO REELECTION: Five members of the Maryland Senate, three Republicans and two Democrats, are getting a free ride to reelection, with no opponents in either the primary or general election, Len Lazarick blogs in MarylandReporter.com. Tuesday was the deadline for party Central Committees to fill vacancies in races where candidates had no opponents. A few senators and delegates did pick up opponents nominated by their parties. 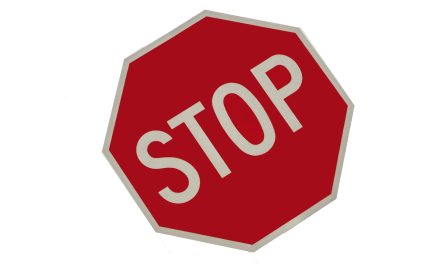