WAGE HIKE: A coalition of religious leaders joined Gov. Martin O’Malley and Mayor Stephanie Rawlings-Blake at a rally Monday to call for a higher minimum wage, saying Maryland lawmakers shouldn’t wait for the economy to make a full recovery before taking action, Yvonne Wenger and Brandi Bottalico report for the Sun.

RAPE BY PROXY: In an op-ed for the Sun, Sen. Brian Frosh and Del. Kathleen Dumais urge the General Assembly to pass a law outlawing “rape by proxy,” in which any jealous ex, jilted lover or jaded stalker can, thanks to the anonymity and wide reach of the Internet, easily recruit an army of proxy rapists to assault their target.

BROWN’S ACCOUNTABILITY: The fix is in, writes the editorial board for the Sun. The chairmen to the two committees with oversight of Maryland’s woeful health care exchange announced they’ll wait for state auditors to look into the state’s health exchange mess this summer rather than proceeding with their own investigation during the current legislative session. That decision must have brought a smile to the face of gubernatorial candidate Lt. Gov. Anthony Brown, the man in charge of implementing the exchange (although not necessarily really, truly in charge), who now won’t have to face more embarrassing questions about it until after the June Democratic primary — or even the general election in November.

***Consider signing up for our daily newsletter that includes links and summaries to this roundup and all our original content. It goes out to 5,400 people Monday through Friday by 8:30 a.m. ***

REGULATING MARIJUANA: Not long after Neill Franklin stepped behind a lectern in Annapolis to argue for making marijuana legal, the retired law enforcement officer was fighting tears again, reports Erin Cox in the Sun. It happens all the time — whenever he pauses to think of the futility of the war on drugs and the lives he says have been wasted. “We’ve been at this forever,” he said. “It never worked.”

ABORTION RATES: Abortion rates were dropping in nearly every state even before many began passing huge numbers of abortion restrictions in recent years, a new report finds, Niraj Chokshi reports for the Post. All but six states – including Maryland – saw declines in their abortion rates between 2008 and 2011.

PHOSPHORUS LEVELS: Legislators form the Eastern Shore have one paramount priority this year — requiring the Maryland Department of Agriculture to look at how farmers and the economy would be impacted by changing when and how poultry manure can be added as fertilizer to fields. But they haven’t taken a united approach to getting the bill through the General Assembly, Jennifer Shutt reports in the Salisbury Daily Times.

DNR APPOINTMENT DELAYED: A Senate vote on Department of Natural Resources Secretary Joe Gill’s executive nomination was postponed until Friday, Feb. 14, due to controversy over comments he made after a committee hearing on a bill he supports. Allegations arose Friday, Jan. 31 that Gill threatened to cut watermen’s quotas and be more conservative if the bill didn’t pass, Josh Bollinger writes in the Cecil Whig.

CANDIDATE ROUNDUP: With the campaign filing deadline three weeks away, Len Lazarick and Meg Tully at MarylandReporter add a new feature to the monthly roundup of candidates for General Assembly: campaign fundraising totals from 2013 filed with the State Board of Elections in January. They have tried to list every candidate who has filed and most who have announced, and have added figures for Cash on hand, amount Raised in 2013, and Loans or Debts when significant.

***MarylandReporter.com is offering four paid three-month reporting fellowships this year. The fellowships are supported by a grant from the Ethics and Excellence in Journalism Foundation. One fellowship starts immediately, covering the General Assembly session. For more details, click here.***

HOGAN TO ACCEPT PUBLIC FINANCING: Republican gubernatorial candidate Larry Hogan said Monday that he will accept public financing in the GOP primary, becoming the second person seeking the office this year to participate in a system that had been dormant for almost two decades, reports Michael Dresser for the Sun.

DELANEY TWEAKS GANSLER: Maybe U.S. Rep. John Delaney isn’t thinking about running for governor after all, writes Josh Kurtz for Center Maryland. What if he’s just enjoying torturing his old friend Doug Gansler? At the very least, he seems to be sending Gansler a few messages. Further down in the piece, Kurtz switches parties to talk about Larry Hogan’s run for governor and his attempts to resurrect the Ehrlich administration.

O’MALLEY LOOKS TO YOUTH: John Wagner of the Post writes that Gov. Martin O’Malley is looking to the next generation for “a new way of leadership.” In an interview, he described it as “much more collaborative, that’s much more open, that is performance-measured, that is more interactive, and that it is the new way of leadership in the information age.”

CITY STATE’S ATTY: Defense attorney Russell Neverdon announced Monday that he will run as an independent as he seeks the job of Baltimore City state’s attorney, Ian Duncan reports in the Sun. Neverdon, who had previously said he intended to run as a Democrat, now plans to bypass this June’s primary. He filed papers to switch his affiliation last week, according to the State Board of Elections website

MO CO PUBLIC FINANCING: Montgomery County Council member Phil Andrews’s bill to establish the region’s first system of public financing for local elections got a strong rollout Monday as all eight of his colleagues signed on as co-sponsors, Bill Turque reports in the Post. 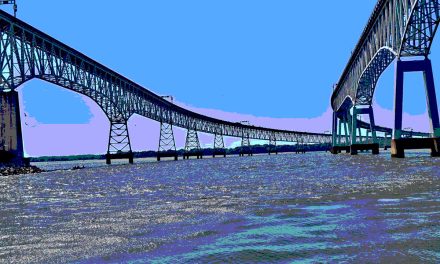