BRAVEBOY PUSHES WAGE HIKE: The lead legislative sponsor of a proposal to raise the state’s minimum wage said concerns about the possible increase on businesses is, for the most part, unwarranted, reports Bryan Sears for the Daily Record. “They’re still going to be in operation and they’re still going to be hiring people,” said Del. Aisha Braveboy, a Prince George’s County Democrat. “What it will impact is their bottom line.”

TRICKY ENFORCEMENT FOR MO CO: Enforcing Montgomery County’s new minimum wage law raising it to $11.50 an hour over several years may be much trickier than the council bargained for when it rushed through passage of the bill last week, writes Glynis Kazanjian for MarylandReporter.com.

RAIN TAX DELAY SUGGESTED: A proposal for a two-year delay to state-mandated stormwater fees could reappear when the General Assembly convenes in January, reports Alex Jackson in the Capital-Gazette. In a wide-ranging interview with the Capital Gazette editorial board and staff, Sens. Ed DeGrange and Ed Reilly voiced support for a proposal that would lift a state order requiring Maryland’s 10 largest jurisdictions put such fees in place.

ELECTION YEAR LEGISLATIVE SLUMP: The 2014 election year could mean a dearth of meaningful legislation, although it could bring some minor good news for the business community, local legislators told members of the Allegany?County Chamber of Commerce at a breakfast meeting Wednesday. Present at the meeting were Sen. George Edwards and Dels. Wendell Beitzel, Kevin Kelly and LeRoy Myers Jr., reports Matthew Bieniek for the Cumberland Times News.

CHICKEN FEE: Marc Steiner of WEAA-FM hosts Del. Michael McDermott and Scott Edwards, of Food and Water Watch’s Food and Water Justice Project, to discuss legislation that proposes that large agribusinesses such as Perdue and Tyson be charged a fee per head for chickens grown on the farms contracted with them, to invest in the health of the Chesapeake Bay.

TAKE ON SIMMONS: Josh Kurtz of Center Maryland writes a long piece on Del. Luiz Simmons, profiling the General Assembly actions of this trial attorney whose love of detail in legislation has made him the bane of some of the groups that he advocates for. He is running for state Senate.

HEALTH EXCHANGE WORK: The director of Maryland’s health exchange said Tuesday the state is working “around the clock” to shore up website problems and she’s “hopeful” the state can reach its enrollment goals by the end of March, writes Alex Jackson for the Capital-Gazette.

FINANCIAL DISCLOSURE: Bryan Sears of the Daily Record writes that Maryland receives a grade of C, but just barely, when it comes to financial disclosures filed by the state’s top judges, according to a report released by the Center for Public Integrity.

PEPCO RATE HIKE: Pepco asked Maryland regulators Wednesday for a $43.3 million rate increase that would boost the average electric bill by $4.80 a month for residential customers in Montgomery and Prince George’s counties, Bill Turque reports in the Post.

GANSLER LEGISLATIVE GOALS: Maryland Attorney General Doug Gansler announced a series of priorities for the upcoming legislative session, including an increase in the minimum wage, that largely reflects issues he has pushed as a candidate for governor, reports the Post’s John Wagner.

Each year, Gansler releases legislative goals for the Maryland General Assembly session. As attorney general, Gansler doesn’t have a direct influence on lawmaking, but his voice can carry political weight, Erin Cox reports in the Sun.

MIZEUR’S PUBLIC FINANCING:Democrat Heather Mizeur said Wednesday that she will become the first gubernatorial candidate since 1994 to accept public financing for her campaign — and the $2.5 million spending limit that comes with it, writes Michael Dresser in the Sun.

Opinionators at the Sun praise Mizeur’s decision, saying it may be a transparent attempt to turn what is likely to be a massive fundraising deficit into some shred of advantage. But by being the first candidate since 1994 to do so, she breathes some life into a system that had seemed all but dead and gives some real momentum to efforts to make public financing more broadly available state-wide.

MORE ENDORSE BROWN: Lt. Gov. Anthony Brown picked up endorsements of his 2014 gubernatorial bid Wednesday from the newly elected leaders of the county councils in both Montgomery and Prince George’s counties, writes John Wagner for the Post.

FREDERICK COMMISSION SHUFFLE: As Frederick County moves toward a charter government, three of five Frederick commissioners are poised to run for elected office in 2014, with one eyeing the county executive race, another competing for a county council seat and a third aiming for election to a statewide office, reports Bethany Rodgers for the Frederick News Post. 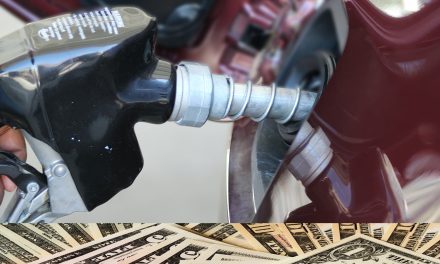