UNUSED SCHOLARSHIPS: Millions of dollars in scholarship money that the state could have provided to about 8,000 needy college students has sat untouched, report Carrie Wells and Colin Campbell for the Sun. Auditors from the Office of Legislative Audits found that the Maryland Higher Education Commission did not spend all of the money in its scholarship fund, with the number growing from $9.9 million in 2011 to $17.2 million this year.

MINIMUM WAGE SUPPORT: A new Goucher College poll found strong public support for increasing Maryland’s minimum wage to $10 an hour, a step being pushed for the upcoming General Assembly session, writes Len Lazarick for MarylandReporter.com. The poll also found the majority of the Maryland public regards current pensions for retired state employees as too low, and also thinks all Maryland workers, not just those employed by the state or local governments, should have a pension.

DISTRACTED DRIVERS: Three law-enforcement agencies in Washington County cited a total of 86 motorists in October for talking on hand-held cellphones while driving, writes Dan Dearth for the Hagerstown Herald-Mail. The law took effect on Oct. 1.

SEN. CONWAY ACCUSED OF ASSAULT: Former Senator Theatre owner Tom Kiefaber is accusing state Sen. Joan Carter Conway of assault after an incident last week that ended with him in handcuffs at the auction of his former home, writes Colin Campbell of the Sun. The state’s attorney’s office for Baltimore will meet with Kiefaber and determine whether it will prosecute. Kiefaber was videotaping the auction, and later posted what he had shot on Youtube. The video tops the story.

MIZEUR’S LIVING WAGE; NO-L: Len Lazarick of MarylandReporter.com blogs that Del. Heather Mizeur, a Takoma Park Democrat running for governor, would like to see a minimum “living” wage that would rise to $16.70 an hour by 2022; all the gubernatorial candidates are environmentalists; and Comptroller Franchot introduces a campaign produced coin complete with a misspelling, in Latin. (Bryan Sears of the Daily Record writes about Franchot giving a coin to Gov. Martin O’Malley during the Board of Public Works meeting.)

Mizeur also proposed an income tax cut Wednesday of up to $150 a year for the vast majority of Marylanders that would be offset by a tax hike on the state’s highest earners, reports John Wagner for the Post.

Michael Dresser of the Sun writes that Mizeur released the most comprehensive income tax plan announced so far by any of the gubernatorial candidates. It came complete with new tax tables showing cuts in the tax rate for income between $3,000 and $100,000 for individuals and $3,000 and $150,000 for joint filers.

AG DEBATE ONLINE: The four Democratic candidates for attorney general will be appearing at a forum at the University of Maryland Law School today at 4:45 p.m. The forum will be live-streamed online (click here.) It may not be archived till Monday.

CHITLING TEST PROBE: Members of an Anne Arundel County schools advisory group are calling for an investigation by state Attorney General Doug Gansler into the distribution of the controversial “Chitling Intelligence Test” this fall at Arundel High School, reports Tim Pratt for the Capital-Gazette.

ANNAPOLIS MAYOR’S RACE: Writing in his Ninth Ward column for the Capital Gazette, Paul Foer says that it appears that the ‘’Cohenocracy’’ is over. Annapolis Mayor Josh Cohen, who took office as a city alderman, then left for the County Council and then vacated that position to run for mayor, is trailing in close election results. Assuming that sticks, the unabated 12 years of unbridled growth in taxes and government largesse may well be halted, Foer opines.

There could be more than 300 absentee ballots to count today, reports Pamela Wood for the Sun.

Elisha Sauers of the Capital-Gazette explains what emergency absentee ballots are. The campaign of Cohen challenger and current front-runner Mike Pantelides raised concerns regarding their collection.

As both mayoral hopefuls wait for absentee ballots to be counted, one was noticeably harder to track down Wednesday, reports Allison Bourg for the Capital-Gazette. Mayor Josh Cohen, who as of Tuesday night trailed Republican challenger Mike Pantelides by 84 votes, released a statement to the media saying he would be available for comment at the official vote canvass Thursday.

Jack Lambert of the Capital-Gazette tries to dispel four myths about the mayoral race.

FREDERICK ROBOCALL: A robocall made to Frederick voters the night before Tuesday’s city election has sparked a political firestorm, reports Jen Bondeson for the Frederick News Post. The automated call, sponsored by the Maryland Republican Party, urged residents not to vote for a former alderwoman for the Board of Aldermen, saying that she had $3,800 in unpaid personal property taxes earlier this year. She had paid the taxes in June, however. 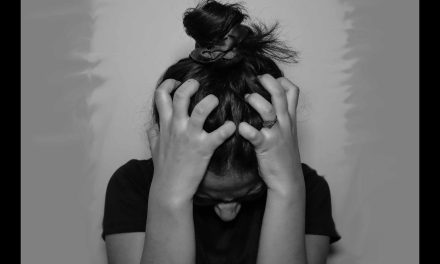