I read with interest the column of the long active political commentator, Barry Rascovar, last week where he gives assessment of the viability of the Maryland Republican Party.  It brought to mind a famous quote from a great president, Ronald Reagan, who opined about what the liberals of his time knew and what they didn’t.

Here is what the “Great Communicator” said: “Well, the trouble with our liberal friends is not that they’re ignorant; it’s just that they know so much that isn’t so.”

Mr. Rascovar knows much that isn’t so

That sentiment is exactly what I felt after I read Rascovar’s broadside against the MDGOP.

Now I would not dispute that some of the events of recent weeks have been and continue to be embarrassing to Maryland Republicans and that our party has its share of “challenges,” to be polite.

After all, one of my party’s greatest capabilities is legion.  That is its figurative appetite to politically eat its own.  But those self-destructive tendencies are nothing new, hardly evidence of the pending demise of the minority party here in Maryland.

We also know the Democrat Party has similar issues.  Ask the Brown and Gansler campaigns today or KKT in 2002, but I digress.

Rascovar uses phrases such as pathetic situation, nasty civil war, shrinking voter appeal, and Grand Old Party no-more as metaphorical cudgels to beat the minority party with.  He slathers that propaganda cupcake with a frosting of salacious stories playing out in either the mainstream media or blogosphere.

He sprinkles on a few incidents, serious in their own right, of GOP official’s transgressions. Lastly he throws in some voter registration statistical abstract and ties it all up with an obvious slur of “Dixiecrat”.

He uses all these journalistic contortions to create a punishing narrative of the pending demise of my party.  Rascovar exudes wishful thinking in his screed and wants the reader to believe it too.

He wants you to believe that the GOP is vanishing in Maryland right before our very eyes.  The problem with his overall narrative is this, it just isn’t so!

When former Governor Bob Ehrlich was first elected to the House of Delegates in 1986, and Ellen Sauerbrey served her first term as House Minority Leader, the number of Republicans in the House caucus was only 16 out of 141. It got worse in that particular term as one of the 16 incumbent Republican Delegates left the party, reducing the caucus number to 15, or only just over 10% of the House.

Republicans in the House of Delegates today numbers 43, or over 30% of the chamber.  In just the last election in 2010, the House picked up six Republican seats and had a significant number of near misses in picking up additional seats around the state.  The MDGOP is on a sustained upward trajectory in its representation in the Maryland House of Delegates.

If one looks at local elected offices in Maryland, the MDGOP actually holds more seats than does the Democratic Party.  In the 23 counties and the City of Baltimore which comprise the 24 member jurisdictions of the Maryland Association of Counties (MACo), the GOP controls a majority of those local governments as of 2010.  No longer do the Democrats totally dominate the ranks of MACo and county governments across Maryland.

The GOP currently controls 15 of 24 county governing legislative bodies.  This was not the norm historically, and not the case just a few years ago.

When all other elected county offices are accounted for such as sheriff, clerk of the court, state’s attorney and many others, a clear pattern of a growing GOP emerges.  Barry Rascovar seems to have missed seeing this through the crocodile tears of his perceived croaking of the GOP.

The GOP is Here to Stay

The GOP’s march to dominance in many suburban and rural areas is accelerating not slowing.  Not a party in mortal decline and certainly not on the verge of extinction.  This next election cycle will mark the emergence of further gains by the GOP in Maryland.

These emerging gains will be made more likely by recent enactments such the rain tax, gun control, and economically devastating regulations, tolls, fees, taxes and excessive spending put forth under the nationally ambitious Martin O’Malley and his super majorities of Democrats in the General Assembly.

With regard to electoral underperformance in urbanized areas of Maryland, consider this.  GOP support in our urban centers is part of a longstanding national trend, not necessarily indicative of the specific performance of the MDGOP.

At least the GOP is offering solutions containing real hope to change the abysmal results of virtually exclusive Democratic Party rule and liberal policies in those urban precincts for generations now.  In my opinion, these are future opportunities for the GOP, if one takes the long view of things.

This is hardly the picture of imminent demise that Mr. Rascovar likes to draw of Republicans.

I am pleased to say that the GOP is here to stay in Maryland, by no means ready to kick.  The narrative of certain “media operatives” who have made a career out of periodically smacking the MDGOP around for their own designs is bunk.

Tony O’Donnell has represented Calvert County in the House of Delegates since 1995. He was Republican minority leader from 2007 to 2013.

Podcast: Rallying for the right to bear arms 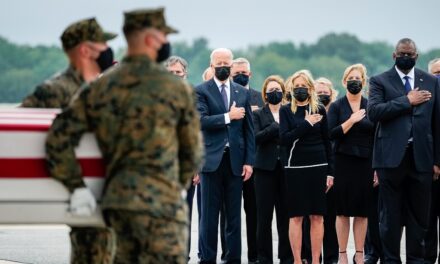