JAIL CORRUPTION HEARING: The head of security at the Baltimore jail failed a polygraph test administered after a federal indictment alleged widespread corruption on her watch, corrections Secretary Gary Maynard told lawmakers at a hearing in Annapolis, reports Ian Duncan for the Sun.

Maynard said Thursday he would be open to discussing the possibility of moving the Baltimore City Detention Center out of the management of the state corrections department to an independent body, according to an AP story in the Capital-Gazette.

An audit released Thursday detailed security breaches and unsanitary conditions in the Baltimore jail system, where the Black Guerrilla Family gang allegedly colluded with 13 corrections officers to launder money and smuggle drugs and cellphones into the facility, according to a federal indictment unsealed in April, Aaron Davis and John Wagner are reporting in the Post.

The editorial board of the Sun gives points to Del. Dereck Davis for asking the question of the day at the General Assembly’s hearing on the pervasive corruption at the state-run Baltimore City Detention Center: If the corrections department knew about the problems at the city detention center in 2009, why did it wait to act?

STORMWATER FEES: Marc Steiner of WEAA-FM and his guests take an in-depth look at the stormwater fees that will be assessed against certain Maryland homes and businesses, starting July 1. It’s a controversial state mandate to arrest a longstanding source of pollution in the Chesapeake Bay.

Dan Rodricks on WYPR had a full hour on the stormwater fee. The guests: Tom Hucker, state delegate from Montgomery County and one of the legislative champions of the fee; Halle Van der Gaag, executive director of the Blue Water Baltimore advocacy group; and Alfred Foxx, Baltimore’s director of public works.

GOING IT ALONE: The Frederick News Post opinionators write that while the Frederick County Board of Commissioners set the stormwater runoff fee at 1 cent – the minimum possible to comply to avoid penalties for noncompliance for now – if Frederick County is the only rebel among the 10 jurisdictions required by the state to impose these fees, they wonder if there’s not a price for going it alone.

VOTER ROLLS: Glynis Kazanjian of MarylandReporter.com writes that according to an analysis by the Maryland GOP, 20,000 deceased Marylanders remain on voter registration rolls, 268,000 voters are registered at addresses where they don’t live, and 48 are listed with record ages higher than 114 years old.

GARAGIOLA’S REPLACEMENT? Senate Majority Leader Rob Garagiola, who announced that he is leaving the General Assembly to return to private life effective Sept. 1, will be replaced by a candidate chosen by his party’s local central committee, reports Michael Dresser in the Sun.

Alexander Pyles of the Daily Record writes that, in sports, a common refrain when a starting player is lost has become “next man up” — a mindset the Maryland Senate must now adopt with Garagiola’s departure.

According to David Moon at Maryland Juice, anti-tax activist Robin Ficker is planning on running for Garagiola’s Senate seat, and his son Flynn is apparently running for District 15 House of Delegates.

KITTLEMAN TO RUN FOR HO CO EXEC: State Sen. Allan Kittleman, a West Friendship Republican, is set to officially launch his campaign for Howard County executive in 2014, reports Sara Toth for the Howard County Times. Current Howard County Executive Ken Ulman is running for lieutenant governor on a ticket with current Lt. Gov. Anthony Brown. Kittleman said on his Facebook that he will make an announcement Tuesday, June 11.

NSA ACTION DEFENDED: Privacy advocates expressed outrage Thursday over revelations that the National Security Agency has been collecting telephone records of virtually every phone call made in the United States for seven years, but the Obama administration and a bipartisan group of lawmakers that includes U.S. Rep. Dutch Ruppersberger defended the program as both legal and necessary, reports John Fritze and Matthew Hay Brown for the Sun.

NO SMITH ISLAND BUYOUTS: The proposed property buyouts on Smith Island have been removed from a Hurricane Sandy recovery plan for Somerset County after state officials received overwhelming opposition to the idea, reports Liz Holland in the Salisbury Daily Times.

STEELE RUN: The Gazette’s Daniel Leaderman has more on the potential run for governor by former Lt. Gov. Michael Steele. 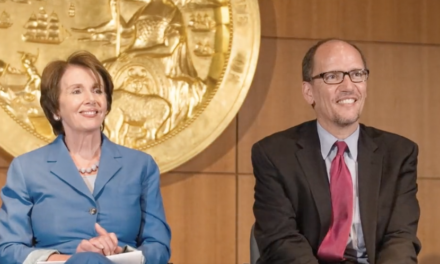 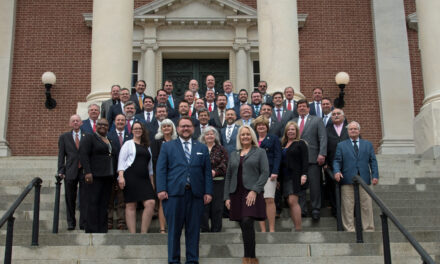 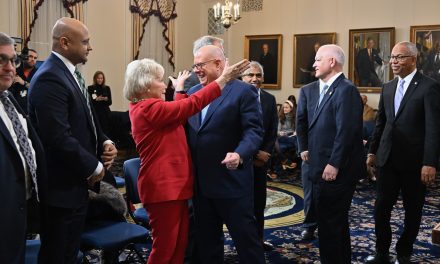