STORMWATER FEES: Daniel Leaderman of the Gazette reports that new, local stormwater management fees are set to take effect in several jurisdictions July 1, but some state lawmakers want to revisit those charges, which might be bigger than anticipated.

Baltimore County Executive Kevin Kamenetz may not be looking forward to walking in July 4th parades around the county because of the recently passed storm water fee, writes Bryan Sears for Patch.com. Kamenetz, speaking on WBAL TV, said the new fees will appear on county property tax bills this July 1.

The editorial board for the Sun writes that Anne Arundel County’s proposed stormwater fee provided newly appointed County Executive Laura Neuman with her first leadership test, and she failed. Her veto puts the county at risk of sanctions if it does not enact a fee structure by July 1, yet she appears to have no plan for complying with state and federal requirements for reducing the polluted stormwater that is washing into the Chesapeake Bay and its tributaries.

STATE MEDICAID PROBLEMS: An audit of Maryland’s Medicaid program has concluded that the state Department of Health and Mental Hygiene should refund the federal government $10.9 million in improper claims, Daniel Leaderman of the Gazette reports.

WIND WINNERS: Center Maryland’s Damian Doherty speaks with Devon Dodson of the Maryland Energy Administration about offshore wind in Maryland and who among its proponents were the big winners during the session.

MINORITY BUSINESS: John Fritze reports that Lt. Gov. Anthony Brown said on Monday that Maryland plans to steer to minority and women-owned businesses 29% of the nearly $8 billion a year it spends on contracts, increasing from 25% a target that was already among the most aggressive in the nation.

DEL. GEORGE FOR GOV: Del. Ron George plans to announce a bid for Maryland governor early in June, writes John Wagner of the Post. George, a second-term delegate who owns two jewelry stores, will join what could be a crowded field of Republicans looking to succeed Gov. Martin O’Malley next year in a state where Democrats have a 2 to 1 advantage in party registration.

ATTORNEY GENERAL RACE: Sen. Brian Frosh — with the apparent support of much of Annapolis’ Democratic establishment — has been considered the frontrunner for months in the race for state attorney general. But Del. Bill Frick — who shares the 16th legislative district with Frosh — garnered 54 votes to Frosh’s 70 in a straw poll at the Western Maryland Democratic Summit last weekend, blogs Alexander Pyles for the Daily Record.

STATE HOUSE RUN: Three newcomers to elective office have put their names in the hat to run for State House seats running to represent Anne Arundel County in 2014, writes Alex Jackson for the Capital-Gazette.

RETIRING DELEGATES ENDORSE: Democratic Dels. Liz Bobo, Steve DeBoy  and Jimmy Malone have disagreed on many of the big issues in their decades at the State House: taxes, gambling, gun control, same-sex marriage, the death penalty, writes Len Lazarick in MarylandReporter.com. The three veteran delegates are giving up their seats representing the oddly shaped District 12 that stretches from West Columbia to Arbutus, but Monday they came together to endorse a delegate to replace them: Terri Hill, a Columbia plastic surgeon who grew up in its most liberal precincts.

MADE IN MARYLAND TOUR: U.S. Sen. Ben Cardin took a trip to Queen Anne’s County on Friday to kickstart his “Made in Maryland Tour,” a cross-state journey to promote the importance of manufacturing in the economy, writes Jordan Schatz for the Easton Star Democrat.

PG SCHOOL BOARD: Marc Steiner, on WEAA-FM, discusses the takeover of the Prince George’s County school board by County Executive Rushern Baker, who was given the power to appoint three members to the school board. Joining Steiner are Washington Post reporter Ovetta Wiggins, state Sen. Paul Pinsky and Jane Hagey, co-chair of Citizens for an Elected School Board.

NOT GUILTY PLEA: Tavon White, the accused Baltimore jailhouse leader of the Black Guerrilla Family gang, pleaded not guilty Monday to allegations that he oversaw a corruption scheme that employed corrections officers to smuggle drugs, cellphones and other contraband into the city detention center, reports Scott Calvert for the Sun.

SPEED CAMERA TICKETS: The Sun’s Scott Calvert reports that Baltimore City issued more than 16,000 speed camera tickets in less than two months this year before shutting the troubled program down over a programming error, according to figures posted by the city.

Montgomery County issued about 291,000 tickets from speed cameras and 25,000 from red light cameras since the start of the fiscal year in July through the end of February, reports Andy Brownfield for the Washington Examiner. 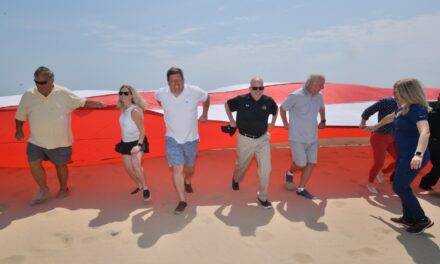 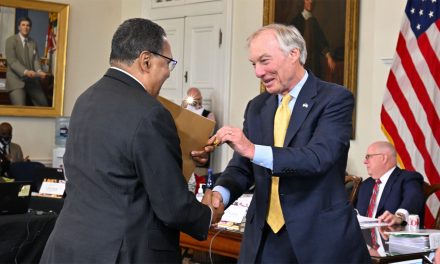