A bill that would prohibit landlords from screening prospective tenants based on their source of income was sent back to a Maryland Senate committee after three days of floor debate over whether landlords should be allowed to exclude those on public assistance. The 23-22 vote likely dooms the bill this session.

Advocates of the legislation said that it would encourage poor Marylanders to move out of ghettos and into communities with greater resources and superior schools, giving them a head-start in the race towards the American Dream.

The law’s opponents said that it would herald an era where businesses were forced to participate in voluntary social welfare programs and that a universal mandate to accept government housing vouchers like those in the Section 8 program would place a heavy financial burden on landlords.

The vote to return SB487 to the Judicial Proceedings Committee was extremely close, with 23 in favor and 22 opposed. Senate President Mike Miller took the side of those who thought the legislation was not ready for passage.

“Members of my party are not happy with me right now,” Miller said, “but this is not the time to decide on this legislation.”

Miller said that senators needed to work out kinks in the bill, and that it was probably too late for them to correct all the problems with it, since the session ends in less than two weeks. He also questioned whether it was appropriate to pass statewide legislation requiring landlords to participate in Section 8 and other public assistance programs.

Charles County Democrat Thomas Mac Middleton said that the goals of the bill were laudable but that he could not support it in its current form, because landlords would not be allowed to evict Section 8 tenants if the federal government refused to pay rent increases, reduced housing payments, or halted the distribution of rent checks during the sequester.

Middleton said that the bill might even be counterproductive.

“If an apartment complex owner has 100 units and 100 people show up with Section 8 vouchers, the owner would be required to accept all of them, and you’d end up with a building that was 100% Section 8,” he said.  “One of the goals of this legislation is to decentralize poverty, but if this scenario happens, haven’t you defeated the purpose?”

Sen. James Rosapepe, D-Prince George’s, said that the authors of SB 487 set out to accomplish their goal in a backwards fashion. He acknowledged that needy Marylanders frequently had difficulty finding landlords that would accept their housing vouchers but argued that there is a better solution.

“The housing authority needs to find ways to attract landlords to the Section 8 program,” Rosapepe said.  “Instead this bill uses a very blunt instrument, forcing businesses to take part in a government program, and that’s unprecedented.  We don’t force doctors to participate in Medicaid, and we shouldn’t do this either.”

Bill not likely to return

The bill’s sponsor, Sen. Jamie Raskin (D-Montgomery), said that he was disappointed by the resistance of his fellow senators.

“The bill is unlikely to resurface this session because of the time crunch,” he said.

Raskin argued that his opponents’ arguments were misleading.

“The unfortunate part of the debate was that it was cast as a conflict between tenants and landlords, and we heard testimony from landlords in Montgomery County and other places with laws like this one, and they had positive experiences with Section 8.”

There were other senators who tried to stop SB 487 from being referred back to the Judicial Proceedings Committee, including committee chairman Brian Frosh, who urged senators to take a stand on the law rather than sending it back.

“This bill is about discrimination,” he said.  “It’s unconscionable to send it back to committee.”

Flag Day: Banners are symbol of liberty their sewers hope to regain 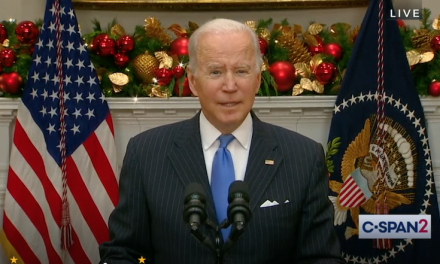