WINNING ON WIND: After three years of debate, countless revisions and lots of downsizing, Gov. O’Malley’s plan to subsidize development of offshore wind energy passed the state Senate on Friday, all but ensuring final approval in coming days, writes Aaron Davis in the Post.

WINDY ON WIND: The Capital Gazette’s From the Dome column reports that Senate Minority Leader E.J. Pipkin took a stand against the governor’s offshore wind power bill on Friday, arguing solo against the bill for the better part of an hour. The Cecil County Republican didn’t quite have the stamina of U.S. Sen. Rand Paul, R-Ky., who conducted a 13-hour filibuster starting Wednesday. But the effort was impressive nonetheless.

PUBLIC-PRIVATE PARTNERSHIP BILL: The House of Delegates hotly debated the Public-Private Partnership Bill before passing it 119-19 on Friday, writes Becca Heller of MarylandReporter.com. HB560 establishes guidelines for how the state can partner with private businesses to deliver infrastructure projects without following the usual procurement process.

A LATER SCHOOL START: Joe Burris of the Sun reports that the General Assembly is considering a bill to establish a task force to study later start times for high schools and make recommendations for Maryland public schools by the end of the year. The task force would include representatives from the state’s board of education and health department, a mental health professional and a doctor who specializes in sleep disorders.

There are complications that come with pushing back high schools’ start time, including rearranging bus transportation, school sports and activities and moving around the start time for elementary and middle schools, writes Jen Bondeson for the Gazette.

MINIMUM WAGE HIKE: An initiative to raise minimum wage to $10 an hour in two years promises to be among the most controversial economic issues debated at the Maryland General Assembly this year, Becca Heller reports in MarylandReporter.com.

LOCKHEED TAX BREAK: David Moon of Maryland Juice goes after a piece of legislation in Annapolis that has come up in Montgomery County in the past. The bill, which would force Montgomery County to give Lockheed Martin a large tax break on its private hotel and conference center, would normally be filed as a local bill since it only affects one county. But it has little local support.

FUNDING LEVELS: Calling a piece of legislation a “sop to public employee unions — particularly those representing law enforcement officers and firefighters,” the editorial board for the Washington Post condemns the bill that would force local governments to maintain spending levels on jails, libraries, roads, police, sheriffs and fire departments. “In Montgomery County … the bill, coupled with last year’s legislation shielding schools … would mean 80% of local spending would be shielded from cuts in perpetuity. That’s nuts.” the board writes.

DNR POLICE FUNDING: The Department of Natural Resources police have seen their staffing cut, and with the cuts, writes Pamela Wood, come more work for those who remain. Now, the chief of the DNR is asking for more officers to help them do their job protecting the bay’s natural resources.

SHACKLING PREGNANT INMATES: A bill in Annapolis would ban the use of shackles on inmates who are more than four months pregnant. Bill supporters say it also would ensure uniform regulations for county jails, Kate Havard and Paul Schwartzman report in the Post.

PIT BULL COMPROMISE UNRAVELS: A compromise in the General Assembly over legislation to undo a court ruling that declared pit bulls inherently dangerous has unraveled, turning what had appeared to be a settled issue into a dogfight between two veteran legislators, writes Michael Dresser in the Sun.

GUN CONTROL PROTEST: With many toting signs bearing messages like “Self-defense is a God-given right,” “Pro-civil rights,” and “This is my warning shot,” at least 370 people lined Main Street in Rising Sun on Saturday to protest against House Bill 294, which they say, if passed into state law, would place excessive restrictions on gun ownership, Carl Hamilton reports in the Cecil Whig.

GROWLERS: Shantee Woodwards of the Capital-Gazette writes that the House and Senate have introduced bills authorizing licenses for growlers — refillable glass containers for draft beer — in Anne Arundel County. Local entrepreneurs see opportunity and are hawking growler filling systems, which can prolong the life of beer.

STATE ADVERTISING: For the fifth year in a row, the state comptroller has tried – and failed – to save taxpayers more than $500,000 in advertising costs by eliminating the requirement that it publish in local newspapers the very long list of unclaimed property, which includes items found in abandoned safe deposit boxes and forgotten savings and stock accounts, Len Lazarick blogs in MarylandReporter.com.

PRAYING IN THE HOUSE: Kate Havard of the Post reports that during the legislative session, the 141 members of the House of Delegates begin every day with a prayer. But unlike Congress, statehouses across the country and even the Maryland Senate, where the daily invocation is led by men and women of the cloth, the Maryland House has no clergy. It’s the politicians who are the preachers, taking turns leading the chamber in its morning reflection.

PUBLIC INFORMATION: Christian Alexandersen of the Carroll County Times reports that the Maryland Senate is set to debate two House of Delegates bills that would tighten enforcement of the Maryland Open Meetings Act.

With Sunshine Week on the horizone, Alexandersen also writes about how Carroll County government has changed the cost and manner in which it applies the Public Information Act.

Staff reporters at the Carroll County Times write an explainer on how the Maryland Public Information Act is applied in several towns within that county.

OBAMA MAY TAP EX-DLLR SECRETARY: President Barack Obama is likely to choose Assistant Attorney General Thomas Perez to be the next secretary of labor, according to the Chicago Tribune. Perez previously served as secretary of Maryland’s Department of Labor, Licensing and Regulation.

Perez, a longtime Takoma Park resident, also served on the Montgomery County Council and was the first Latino elected to the council. He has been the key official under Attorney General Eric Holder handling civil rights cases, the centerpiece of what Holder hopes will be his legacy, write Lena Sun and Sari Horwitz in the Post.

ONLINE EDITOR CHARGED: An Arnold man who oversaw The Capital’s online news operations was charged with solicitation of a minor in Pennsylvania on Friday, reports Elisha Sauers of the Capital-Gazette. 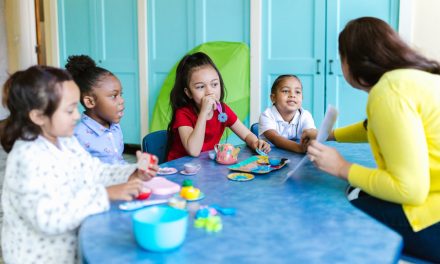