Drug treatment advocates and addiction counselors testified at a budget hearing Wednesday to protest a proposed $4.5 million cut to the Alcohol and Drug Abuse Administration budget, which they said would have a devastating impact on Maryland’s cash-strapped drug treatment programs.

Leaders of these programs told the House Appropriations Health and Human Resources Subcommittee that they provided a vital service to the state’s most vulnerable citizens and that they would be unable to serve all the drug addicts that asked for help if their funding was cut in fiscal year 2014.

Current levels of funding are insufficient already, they said, explaining that many of their organizations were on the verge of bankruptcy.

Dennis Logan, the executive director of Jude House in southern Maryland, said that his drug treatment center has already been forced to turn away patients because it could not afford to take them in, and he said that his center consistently has an “extensive waiting list” which would only get longer if its funding were reduced.

The Alcohol and Drug Abuse Administration’s proposed cutbacks resulted from a 2.8% reduction in federal funding for substance abuse prevention and treatment. Drug treatment advocates hope to convince state lawmakers to compensate for the lack of federal funds by providing larger state subsidies for these services.

Though the subcommittee does not technically have the authority to increase the Alcohol and Drug Administration’s budget, it could potentially hold informal negotiations with Gov. Martin O’Malley to have him submit a supplemental appropriation.  Unlike Congress, the Maryland legislature does not have the power to increase spending; it can only cut O’Malley’s budget. That means only the governor can restore funding to state-subsidized rehabilitation programs.

However, the subcommittee could have substantial influence over the governor’s decision, so drug treatment advocates are determined to gain its support, and they tried their best to persuade the subcommittee to fight on their behalf.

Addiction counselors and psychiatrists told the subcommittee that the Alcohol and Drug Administration’s 2014 budget was problematic not only because of the reduction in funding, but also because of the distribution of money.

About $6.4 million of funds that were formerly reserved for residential rehabilitation programs would be revoked and approximately $5 million of that funding would be redirected to so-called “recovery support services” — the housing, employment programs, and other benefits provided to recently recovered addicts. Witnesses said that this reallocation of funds is impractical, since the agency’s first priority should be to convince addicts to receive treatment and stop using drugs.

“Taking $6 million from treatment means losing…. opportunities to save lives, families and communities,” said Gail Saler, director of Gaudenzia, an organization that runs drug rehabilitation centers throughout the state. Dr. Eric Strain, the director of the Johns Hopkins Center for Substance Abuse Treatment, agreed.  “This is illogical, it runs counter to national trends…. and most importantly, it is not in the best interest of the patient.”

Del. Theodore Sophocleus, D-Anne Arundel, appeared sympathetic to these arguments, and he said that he had serious concerns about the proposed budget and its revamping of the drug treatment program.  “Before we make this change, we need to make sure that we’re introducing a better system.”

Frank Dobinski, the director of addictions at Healthcare for the Homeless, told the subcommittee that cutting state funding for drug treatment would be irresponsible.  He said that rehabilitating drug addicts was a moral obligation that he took so seriously that he never turned away a patient despite the fact that his organization has been “in the red” for four years.

Dobinski said that it was inconceivable to reject an addict’s cries for help when they finally come to terms with the fact that they have a problem and “that they don’t want to live the life they’re living.”  But Dobinski explained that organizations like his could not sustain further financial losses, and he urged legislators to consider the human cost of the cutbacks, the people that “would not have access to services” without government aid.

Several witnesses said that the cuts to the addiction treatment budget were particularly egregious in light of the fact that the state had increased funding for other behavioral health programs, and some argued that this discrepancy in funding implied that drug treatment was not a priority for the state. 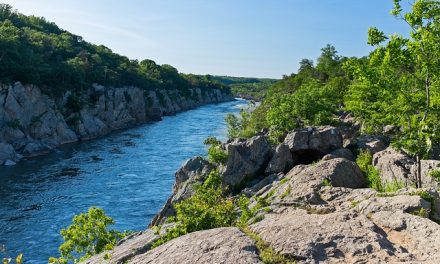