DEL. DWYER AMONG INJURED: Del. Don Dwyer of Pasadena was one of six people — including four children — who were seriously injured in a collision between two motorboats on the Magothy River last night, reports Kevin Rector of the Sun.

Witnesses reported that the speed boat Dwyer was on, was traveling at a rapid pace before the crash, Sara Blumberg reports in the Capital-Gazette.

Dwyer’s aide said the lawmaker was taken to Shock Trauma, where he was in stable condition. The aide said Dwyer was “a little banged up,” but he would be OK, reports WBAL-TV.

GUNS & THE MENTALLY ILL: The AP reports in the Capital-Gazette that one member of a Maryland task force addressing laws and policies relating to firearms access for the mentally ill said cases in which people with mental illness possess firearms are repeatedly confronting prosecutors.

GAMBLING AS GOV’T FUNDER: Paul Davies of the Institute for American Values writes in an op-ed in the Sun that gambling is an insidious and unsustainable way to fund government operations because casinos are nothing more than a regressive tax that creates more problem gamblers.

PIT BULLS BANISHED: Residents of one 1,500-home neighborhood have been told by the property owners that they must get rid of their pit bulls and pit bull mixes. About half own the dogs, according to WBFF-TV. This comes after a state court amended its ruling on dog bite liability.

BAD DAY FOR BUREAUCRATS: It was a bad day for bureaucrats at the Board of Public Works yesterday – at least for several state officials who had to defend their spending plans to the three-member board that must approve all major state contracts, writes Len Lazarick in MarylandReporter.com.

BROWN FILLS IN: With Gov. Martin O’Malley’s absence from the BPW yesterday, Lt. Gov. Anthony Brown is getting a taste of what being governor of Maryland might be like, reports Alexander Pyles for the Daily Record.

SCOOTER LAW: A law taking effect Oct. 1 says all scooters and mo-peds in Maryland must be titled and insured, reports Brian Shane for the Salisbury Daily Times. Drivers and passengers must wear helmets and eye protection.

VENDING MACHINES: Opinionators at the Sun are saying that while many in-school cafeterias in Maryland are making a good-faith effort to put more nutritious foods on their menus — more fresh fruits and vegetables, fewer fatty burgers and fries — as long as kids can scarf down the less-healthful alternatives available in vending machines on the premises, the fight against childhood obesity will remain an uphill battle.

BAKER PUSHES DEMENTIA PROGRAMS: The announcement by Prince George’s County Executive Rushern Baker that his wife has early onset dementia is spurring an effort to provide more programs in the county for those suffering from the disease — while Baker is pushing for increased promotion of existing resources, Natalie McGill reports in the Gazette.

TEACHER SALARIES: In remarks that elicited applause from 800 Baltimore County English teachers, U.S. Education Secretary Arne Duncan said yesterday that teachers should earn more and there should be more focus on educating the whole child, Liz Bowie writes for the Sun. 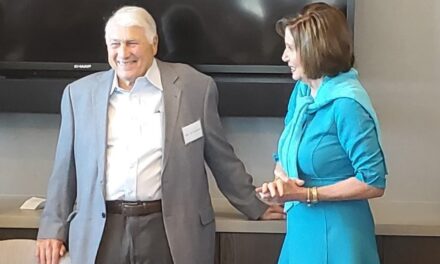