50-50 CHANCE: Gov. Martin O’Malley put the chances of calling a special session on gambling expansion at 50-50 and said he plans to reach out to members of the House of Delegates to gauge interest in legislation that would allow a sixth casino, Annie Linskey reports in the Sun.

“I would very much like to get the lingering issues around gaming resolved,” Gov. O’Malley told reporters in Ocean City, where he was speaking to a gathering of the Maryland Municipal League and hosting a fundraiser to benefit the campaign to uphold the state’s same-sex marriage law. John Wagner blogs the story for the Post.

MORE SIGNATURES, MORE DEBT: Maryland Marriage Alliance, the group trying to repeal Maryland’s new same-sex marriage law, filed more than enough signatures to trigger a referendum, but the group raised a mere $5,000 in the past month — and owes $88,000 to various vendors, writes Annie Linskey in the Sun. The biggest unpaid bill, $74,000, is to MDPetitions.com, the outfit run by Del. Neil Parrott.

Opponents of same-sex marriage are calling additional signatures to put the matter on the ballot an exclamation point, an AP report in the Capital-Gazette says.

PIT BULL BILL ON HOLD: David Hill of the Washington Times reports that lawmakers might have to wait until next year to change the state’s laws on dog bites because the likelihood of a summer special session is fading.

HOLDING OWNERS LIABLE: The Sun editorial board opines: Can a dog’s owner be held liable for such an attack? The answer should be yes, whether the dog is a dachshund or a Doberman, and fortunately, the General Assembly appears likely to take up legislation to make that clear.

MONEY MARKET PROTECTION: Battle lines are being drawn over whether money market funds need more protection in the event of another financial crisis. Maryland investment firms and the state treasurer are on one side of the fight; the SEC chairman is on the other, Eileen Ambrose writes in the Sun.

MANDATORY LIFE FOR JUVIES STRUCK: Maryland’s conviction of Beltway sniper Lee Boyd Malvo may be more important now that the U.S. Supreme Court ruled a mandatory sentence of life without parole for juveniles, such as he received in Virginia, amounted to cruel and unusual punishment, writes C. Benjamin Ford of the Gazette. Because Maryland’s life without parole was not a mandatory sentence, it was not impacted by Monday’s narrow ruling.

IMMIGRATION LAW: Frederick County Sheriff Charles Jenkins, part of a program that assists the feds in deporting illegal immigrants who commit crimes, says that the Supreme Court decision on Arizona’s immigration law will not impact his department’s efforts to crack down on those who are here illegally, reports John Rydell for WBFF-TV.

A TOAST TO JOBS: Gov. O’Malley stood inside Evolution Craft Brewery’s tasting room yesterday, held up a sample glass of Summer Session Ale and toasted jobs and innovation throughout the state of Maryland, writes Jennifer Shutt for the Salisbury Daily Times.

MD 27th IN VOTER TURNOUT: Maryland ranks 27th in the U.S. for voter turnout rates, according to a Census Bureau analysis written about in the Baltimore Business Journal.

RALLY TO FREE HENSON: Kevin Rector of the Sun writes that a few dozen supporters of Julius Henson, the political consultant sentenced this month to 60 days in jail for writing the 2010 Election Day robocall that prosecutors said was designed to suppress black votes, rallied in front of a downtown Baltimore courthouse yesterday to demand Henson be freed. There’s a short video of the rally.

NUNS VISIT BARTLETT: David Moon of Maryland Juice blogs about a group called “Nuns on the Bus,” which is traveling around the United States to highlight the need for Americans to focus on poverty and economic justice. They are inviting concerned residents to join them at Rep. Roscoe Bartlett’s office in Frederick, on Saturday, June 30 at 1:30 p.m.

FEDERAL WAGES IN ST. MARY’S: Jason Babcock of SoMDNews.com writes that state reports show that federal workers in St. Mary’s County had a higher weekly wage than their counterparts anywhere else in the state last year.

NO GROUPON IN PG: Ben Giles of the Washington Examiner writes that Prince George’s County officials say digital coupon companies such as LivingSocial and Groupon are discriminating against the county by excluding their businesses from the daily slate of discounts and deals offered in the region. 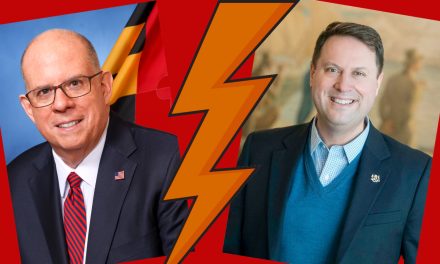