Lobbyists and reporters waited three hours for the gaming workgroup, which met for almost six hours behind closed doors to try to hammer out a deal.

The chairman of the workgroup on expanding gambling said the vote was 8 to 3 on its final recommendations, but truly the vote was 1 to 1, a deadlocked tie.

The state Senate was in favor and the House of Delegates was opposed, and it had been that way all along. The governor’s five representatives on the workgroup were really brokers and observers.

Without the House going along, a special session of the legislature to allow a sixth casino in Prince George’s County would be pointless, since it would come to no conclusion. And the only reason to hold a special session at all was to get the measure on the ballot this fall.

All the other items on which the workgroup agreed could be achieved in a regular 90-day session. These consensus measures save the state or bring in more than half the $223 million a further expansion of gambling would produce, and they could start producing as much as $130 million very quickly.

Some changes could have been made already

In fact, the legislature could have passed some of these measures a while ago. They were all fixes to the fundamentally flawed scheme for casino gambling that the legislature passed in 2007 by lawmakers who deeply distrust gambling but want the money it brings in.

First, the casino operators, instead of the state lottery agency, would be put in charge of buying or leasing the video lottery terminals that are used in the casinos. It should have been obvious from the get-go that the people who run gambling casinos as a business — not state bureaucrats — should be the ones purchasing the machines their customers use.

This would save the state about $80 million a year.

Second, the workgroup agreed to add table games to the existing casinos. Del. Frank Turner, D-Howard, chairman of the gambling subcommittee of the House Ways & Means Committee – no big fan of gambling – noted that three years in a row he and other House members had introduced legislation to put in table games like 21 and craps. That could bring in another $51 million.

The workgroup members all agreed that the state needed a separate gaming commission with an expert director to run gambling, rather than oversight by the lottery agency and constant tinkering by legislators. This was a “good government” measure, and also could be done in a regular session. The workgroup also agreed to abandon the limits on hours of operation, so casinos could stay open all night as they do in Las Vegas.

To mollify opponents of a sixth casino, the workgroup members who wanted a new casino at National Harbor on the Potomac River agreed to delay its opening until 2016. This would give the owners of Maryland Live! at Arundel Mills and the yet-to-be-built Baltimore casino time to establish their businesses before they got a new competitor to the south.

Taxes were the sticking point

Del. Pete Hammen, a workgroup member who chairs the House Health and Government Operations Committee, emphasized that members found consensus on all these items. What the House members couldn’t agree to was a lowering of the tax rate on casino operators. “That was the sticking point,” Hammen said.

As testimony had shown them, Maryland’s 67% take from the slots casinos was about the highest in the country, and gave the operators very slim profit margins compared to neighboring states.

“The tax issue was dominating,” said Del. Sheila Hixson, D-Montgomery, chair of the tax-writing House Ways & Means Committee. How could the legislators lower tax rates for casino operators when they had just raised income tax rates on high earners?

Before Hixson spoke, workgroup chairman John Morton III, the only member of the panel not getting a government paycheck, said it was “absolutely erroneous” to make that argument.

This is the standard Republican and supply-side argument for tax cuts in general. If you cut what the state takes from the well-to-do, they will spend that money in other ways to stimulate economic activity and create jobs, the argument goes.

That’s precisely the argument the casino operators were making and, not surprisingly, it didn’t persuade the members of the House of Delegates, who always seem to prefer a bigger slice of a smaller pie. Taxes were a big issue for the House, but there were other parochial issues that would have made it difficult to pass the measure in the House.

Matt Gallagher, the governor’s chief of staff, admitted that the administration was initially reluctant to engage in this process to expand gambling. But once they saw the easy money on the table, they couldn’t resist. Joe Bryce, the governor’s chief legislative aide, said it was also a chance to “reset the gaming programs.”

“If we were doing it today, we would not be setting an operators rate of 33%,” Bryce said.

But in 2007 the gambling-hating delegates who passed the decision onto voters wanted to have one of the most exorbitant rates in the nation. They wanted to select the sites, and the Prince George’s County lawmakers wanted no part of a slots parlor. The legislators reluctantly agreed to slots, but no Las Vegas table games, even though data clearly showed that lower income people favored slots, and high rollers favored table games. They wanted to control the hours, the free drinks and the entertainment – all so the slots casinos wouldn’t be too attractive to customers spending money they didn’t have.

Now, in harder economic times, they’ve seen the money start to flow and they want more of it. Prince George’s County has changed its mind about a casino, and other lawmakers have seen the flaws they created in the state’s gambling operations.

They can fix these problems come January, and not rush to fix them in July.

Maryland is one of 10 most pro-government union states 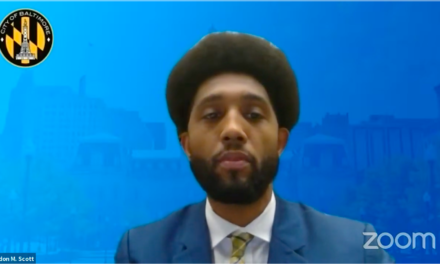