CASINO OPENS: Before the casino opened to the public at 10 p.m., the Cordish Cos., Maryland Live’s owner and developer, held a three-hour party and gambling session for about 2,000 VIPs, writes Kevin Rector and Steve Kilar for the Sun.

HOW MARYLAND RANKS: With the opening of Maryland Live! staff at the Baltimore Business Journal take a look at how Maryland’s gaming industry stacks up to that of its other neighboring gambling states: West Virginia, Pennsylvania and Delaware.

‘WINDFALL’ PREDICTION DOESN’T FAZE CORDISH: Michael Dresser writes in the Sun that National Harbor’s hired expert on the gambling industry is predicting that the Cordish Cos.’ Maryland Live! Casino would enjoy an $84 million annual windfall from a gambling expansion plan favored by the developers of the Prince George’s County complex. Predictably, Cordish chief exec David Cordish is not impressed.

Cordish said the charges were so high that the tenants requested that permits be withdrawn — calling off the proposed improvements, reports Michael Dresser for the Sun.

BWI PROJECT: A Colorado firm that was the low bidder beat out two well-connected local companies for Board of Public Works approval of a contract for a new terminal connector and security checkpoint at Baltimore-Washington International Thurgood Marshall Airport, Dana Amihere writes for MarylandReporter.com.

THE WAIT: Len Lazarick of MarylandReporter.com writes that Comptroller Peter Franchot would like to see the Board of Public Works meetings begin at the appointed 10 a.m. starting time, but it’s a consistent waiting game for him and those in attendance as the governor and the treasurer attend a “pre-meeting.”

O’MALLEY BUSY WITH DGA: Gov. Martin O’Malley, who profile has been boosted as chairman of the Democratic Governors Association, has been busy with the dozen gubernatorial races, up from four last year but well shy of the 37 races that took place in 2010. Democrats are defending eight governorships and Republicans are defending four, Daniel Leaderman reports in the Gazette.

WISCONSIN A LOSS FOR DGA: Democrat Tom Barrett’s defeat in Wisconsin is also a loss for Gov. O’Malley and the DGA, which poured about $3.2 million into the attempt to topple Republican Gov. Scott Walker, blogs Annie Linskey in the Sun.

HOYER DAUGHTER IS GAY: Stefany Hoyer Hemmer has two reasons to come out publicly as a lesbian: her father’s recent endorsement of marriage equality and the likely upcoming battle at the ballot in Maryland over same-sex marriage, writes Chris Johnson of the Washington Blade. Her father is U.S. House Minority Whip Steny Hoyer.

John Fritze and Annie Linskey of the Sun report that gay advocates hope Hemmer’s announcement will boost their effort to keep the state’s new same-sex marriage law on the books.

ALSTON TRIAL: A key witness in the theft trial of Maryland Del. Tiffany Alston testified yesterday that she performed legislative work for the Prince George’s Democrat, contradicting a claim made by prosecutors, blogs John Wagner in the Post.

ROVE TO SPEAK: Karl Rove, the former adviser to President George W. Bush, will be the featured speaker at the Maryland Republican Party’s Red, White and Blue Dinner in Baltimore on Saturday evening, reports WMAR-TV.

WICOMICO BUDGET: The editorial board for the Salisbury Daily Times writes that residents speaking on the Wicomico County Council’s budget expressed their desire to bolster “community.” 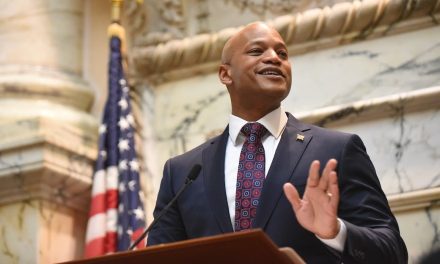