House lawmakers Monday night passed  a 7.5% state severance tax on natural gas in a 82-51 vote, after the delegates on Saturday fended off an amendment from Del. Wendell Beitzel, R-Garrett, that would cap state and local taxes on natural gas extraction at 7.5% combined.

“The amendment would incorporate all severance taxes,” Beitzel said. “Local, county and state taxes together could not exceed 7.5%.”

Del. Maggie McIntosh, D-Baltimore City, chair of the House Environmental Matters Committee and a sponsor of the severance tax, said applying different rates to every county would create administrative problems. She also said the 7.5% cap Beitzel proposed would not provide enough money for the regulatory oversight needed to protect human health and the environment.

“Limiting the state to .05% would be wrong,” McIntosh said. “It’s going to be the state that’s called for environmental cleanup and for other kinds of issues that happen…when drilling begins.”

McIntosh suggested that Garrett and Allegany counties could lower their severance taxes to make the tax more “reasonable” to gas companies.

The severance tax is primarily aimed at Marcellus Shale exploration, which requires the process of hydraulic fracturing, or “fracking,” to free gas trapped in shale formations deep in the Earth’s surface. But the 7.5% severance tax will also apply to conventional gas wells that are not drilled using the fracking method.

Fracking has been blamed for contamination of groundwater in Pennsylvania and New York over the last decade, where Marcellus Shale exploration has been the most active.

New York placed a moratorium on fracking three years ago until it could be regulated. Lawmakers there are now poised to lift the moratorium.

Del. Kevin Kelly, D-Allegany, was concerned that a 7.5% state severance tax on top of local taxes would scare away natural gas exploration to neighboring states that charge a much lower severance tax — or none at all.

“I think you should have a severance tax that helps cover the costs of [oversight],” McIntosh responded — pointing to problems with shale drilling in New York and Pennsylvania.

She said the gas companies would still come to Western Maryland, even with the 7.5% state severance tax.

The bill comes a week  after the House passed a measure to assess a one-time fee of $15 per acre to fund a study by the Marcellus Shale Advisory Commission, which is charged with establishing regulatory guidelines for drilling.

Marcellus Shale drilling could begin as early as August 2014 after the study is complete.

Maryland began drilling for natural gas in 1888 and started keeping production data in the early 1950s.

In 1999 Maryland produced 16.5 million cubic feet of natural gas, which paled in comparison to the record 4.5 billion produced in 1959. 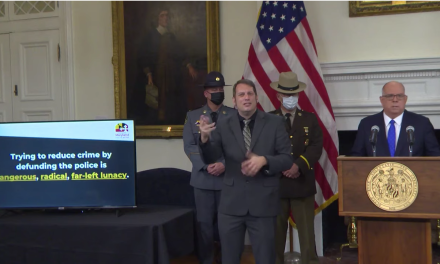 In Freddie Gray’s neighborhood, it’s a hard life for residents