PANEL VOTES TO RAISE TAXES: A Maryland House committee has voted to raise income taxes — but by a significantly smaller amount than either Gov. Martin O’Malley or the Senate has proposed by sparing taxpayers who make less than $100,000 from any increase, the Sun’s Michael Dresser reports.

The committee also eliminated a controversial plan to tax all income for those making more than $500,000 a year at 5.75%, Justin Snow writes for MarylandReporter.com.

Danielle Gaines of the Gazette writes that the long tussle over the the budget and tax proposals proved contentious.

ZIRKIN BLASTED: Sun columnist Dan Rodricks throws some pretty pointed barbs at state Sen. Bobby Zirkin, who said he was “disgusted” and “ashamed” that his fellow senators wanted to raise income taxes on Maryland’s wealthiest households at a rate slightly higher than that imposed on the rest of us. Maybe, Rodricks writes, Zirkin should be a Republican.

SAFE DRILLING EYED: Maryland wants to set a gold standard for safety to drill for natural gas in western Maryland’s Marcellus shale deposits, which could start as soon as as August 2014, writes Daniel Menefee for MarylandReporter.com. The House moved two drilling-related bills closer to passage last night. One funds an impact study and the other provides legal recourse to Marylanders if health and property are adversely affected by drilling.

ED FUNDING BILL MOVES: Passed by the Appropriations and Ways and Means Committees last week, a House bill that would dramatically affect local funding of education is anticipated to go to the floor as soon as today, Calum McKinney writes for the Salisbury Daily Times.

CHEMO PARITY: The General Assembly unanimously passed legislation on Friday that will prohibit health insurers, nonprofit health service plans and health maintenance organizations that provide coverage for cancer chemotherapy from imposing limits or cost sharing on coverage for orally administered chemotherapy. Jennifer Shutt of the Salisbury Daily Times reports that the bill was sponsored by Sen. Jim Mathias, whose late wife Kathleen, had to fight to get the oral drug as opposed to the IV one.

RENT-TO-OWN REGS: Marceline White, of the Maryland Consumer Rights Coalition, joins Marc Steiner on WEAA-FM to discuss a bill introduced by Del. Mary Washington that would better regulate rent-to-own businesses and cap the fees they can charge. Listen to the segment here.

PRISON CELL PHONE FINES: A House of Delegates Committee has derailed a bill that aimed to increase penalties on prisoners found in possession of cell phones, reports Matthew Bieniek for the Cumberland Times-News.

40th IN ETHICS: John Rydell of WBFF-TV reports that very few states have received good grades when it comes to government transparency. In a survey compiled by the Center for Public Integrity, Maryland ranked 40th in overall ethical standards. The article cites the case involving Senator Ulysses Currie.

MISSION TO INDIA: The Daily Record runs Capital News Service’s Varun Saxena story about the success of Gov. O’Malley’s trade mission to India, saying that the impression he made was positive and that 10 Maryland companies signed $60 million in contracts.

FARM LAWSUIT HEATS UP: A web-based organization has raised more than $200,000 to date from Perdue Farms, agricultural groups and other farmers to help Alan and Kristin Hudson pay legal bills in a 2-year-old lawsuit alleging that the farm polluted a Chesapeake Bay tributary. Meanwhile, two Maryland foundations with environmental agendas have poured a comparable amount into supporting the suit filed by the Waterkeepers Alliance, Tim Wheeler of the Sun reports.

GOOD, BAD IN TIES TO FEDS: With 7% of its workforce federal employees and Maryland companies receiving $34 billion in federal contracts in fiscal 2010, if the federal government defaults, five states with such large ties to the federal government would be reviewed for a possible downgrade in its bond rating, writes C. Benjamin Ford for the Gazette.

MAKING HEADWAY IN MARYLAND: As the GOP presidential primary nears, the editorial board of the Sun offers Mitt Romney, Rick Santorum, Newt Gingrich and Ron Paul a primer on how to shamelessly suck up to Marylanders.

AFZALI & BRINKLEY: On yesterday’s Midday with Dan Rodricks, he spoke with 6th District congressional candidates Kathy Afzali and David Brinkley. Each got one hour of his two-hour broadcast.

QUESTIONABLE ROBOCALLS: Robocalls without an authority line that are targeting women and opposing Rep. Roscoe Bartlett may be illegal, writes MarylandReporter.com’s Glynis Kazanjian. However, nobody is claiming responsibility for the calls.

David Moon of Maryland Juice blogs that the weeks-long spectacle to replace Jones brought out embarrassing and racially offensive comments from members of the Council. While they spent weeks trying to prevent Smith, a qualified African-American, from serving, they made comments about “gooks,” called Glen Burnie a “ghetto” and otherwise insulted the diverse communities in Anne Arundel and Maryland.

INVESTIGATE LEOPOLD: The president of the Anne Arundel County branch of the NAACP last night called on the County Council to investigate allegations that County Executive John Leopold compiled an “enemies list” of his political foes, Nicole Fuller writes in the Sun.

But one councilman is taken to task by the editors at the Annapolis Capital: John Grasso said that the information compiled by Leopold may have benefited voters and that the subjects of the research were “questionable people.” Really, Mr. Grasso? 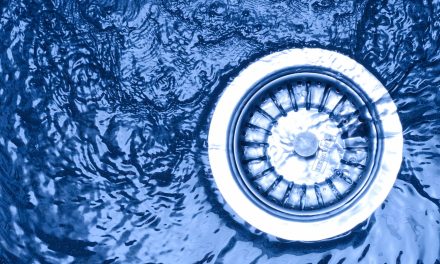