The Senate passed a pay hike of up to $14,500 annually for Maryland’s 284 judges Wednesday, citing an imperative to hire and keep talented legal minds on the bench.

The bill passed by a vote of 33-9, mostly along party lines, and now moves to the House.

The legislature has until March 15 to amend the recommendations from the Judicial Compensation Commission or raises automatically kick in at twice what the Senate agreed to on Wednesday.

Thomas Middleton, D-Charles, said salaries need to be in a range that attracts young people to a career on the bench.

“You want to have the very best and talented,” Middleton said. “These people have families and [being on the bench] does create a hardship. They’ve got kids they have to put through college.”

“These judges interpret the law, that’s what their responsibility is,” Middleton said. “It’s not like a politician. It’s a very high level of expertise that you want, and you don’t want the salaries to detract from those young people that may be drawn to the bench.”

“We’ve kept the salaries low over the years and I don’t think this is unwarranted,” he said.

“If we’re looking at a doomsday budget, you can’t give a raise to one party and not another,” Jennings said. “And these judges make a phenomenal salary as is. If someone wants to be a judge, they don’t do it for the money, they do it for the job.”

Jennings said the bench could still attract top talent without the raises.

Gun Wars: More gun suicides than murders in U.S., about even in Md. 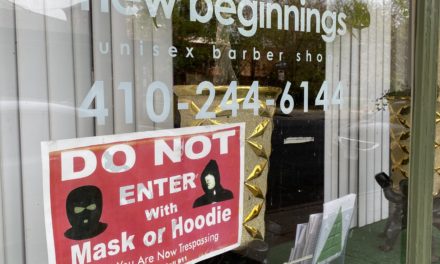