SCHOOL FUNDING: To force counties to pay their share of the cost of operating K-12 schools, top legislators in Annapolis want the state to seize local tax dollars and deliver them directly to school systems, the Sun’s Michael Dresser and Liz Bowie report. If the approach is adopted, it could set up a clash between county governments and the state over their respective powers.

KILL THE DEATH PENALTY: More than three dozen legal scholars and attorneys — including former Gov. Harry Hughes and two former Maryland attorneys general, Joe Curran and Steve Sachs — are sending a letter and report to members of the General Assembly urging repeal of the state’s death penalty, Steve Kilar of the Sun reports.

PETITION DRIVE STARTS: Even though Gov. Martin O’Malley hasn’t even inked his freshly passed law legalizing same-sex marriage in Maryland, a group of faith leaders has already filed paperwork to start a petition drive aimed at repealing it, Annie Linskey writes for the Sun.

WINDY DEBATE: The Frederick News-Post opinionators write that O’Malley is back this year pitching the wind project he pitched last year. But this time around he has addressed many of the questions that doomed the previous try. Still, many pros and cons are being raised in support and condemnation of HB411.

SUSPENSIONS & SCHOOL SAFETY: Under a draft proposal released by the Maryland state school board, officials would only be allowed to suspend students for more than 10 days if they believe doing so is the only way to ensure the school is kept safe, the Sun’s Liz Bowie reports.

PENSION SHIFT: In a rare show of solidarity, Frederick County’s commissioners stood shoulder to shoulder with the leader of the county teachers’ union yesterday to rally in opposition against a proposal that could cost the county millions, writes Katherine Heerbrandt of the Gazette.

Meanwhile, the Prince George’s County Council, alongside school and service union representatives, called on residents yesterday to oppose a plan to shift the cost of teachers’ pensions and Social Security from the state to the county government, writes Jeffrey Lyles of the Gazette.

Montgomery County Public Schools could have to cut 600 teachers and increase class sizes by an average of 2.4 students if lawmakers approve O’Malley’s proposal to shift half the cost of soaring teacher pensions to the counties, the head of the Montgomery County Board of Education said, writes Rachel Baye for the Washington Examiner.

TRANSGENDER BIAS: A Senate Committee hears from transgender individuals on a bill that would prohibit discrimination against those who have undergone surgery to change their sex, reports John Rydell for WBFF-TV.

MBRG ON MARYLAND: In this video report, Kimberly Burns of Maryland Business for Responsive Government speaks about state government, taxes, business-friendliness and promoting candidates with the Daily Record.

AUDIT CHECKS: Del. Gail Bates, R-Howard, a new member of the Joint Audit Committee, has proposed a bill that would allow budget committees to withhold up to 5% of an agency’s funds if there are at least three repeated findings on the regular audit reports done every three years by the Office of Legislative Audits, writes Megan Poinski for MarylandReporter.com.

PUBLIC DEFENDER ACT: The House and Senate sent separate versions of the Public Defender Act for a final vote expected today, which will establish the time frame for a defendant’s right to counsel and the appearance before a district court judge, reports Dan Menefee for MarylandReporter.com. The Senate version establishes weekend hours for the courts, while the House version can keep a defendant in jail days longer if he or she is arrested on a Thursday or the Friday of a holiday weekend.

The Maryland Court of Appeals has ruled that poor defendants must have an attorney at bail proceedings unless they waive representation, according to an AP story in the Hagerstown Herald-Mail. If lawmakers don’t change the law, the Office of the Public Defender estimated it would cost about $28 million a year to comply with the court ruling.

BRIDGE CONGESTION: State transportation officials continue to oppose a study for another crossing over the Chesapeake Bay, and last week said congestion snarling those using the Bay Bridge may be a situation that never gets fixed, reports Daniel Divilio for the Easton Star Democrat.

A LESSON IN ‘AND’: Sun columnist Marta Mossburg writes that, instead of running for Congress, maybe state Sen. Rob Garagiola should go back to school following his failure to report outside income because he didn’t understand the word “and.”

Bethany Rodgers of the Frederick News-Post follows up on the story.

DELANEY GETS MANAGER: Financier John Delaney has brought in a new manager to run his campaign for the Democratic nod in the 6th Congressional District, Ben Pershing blogs in the Post. Justin Schall has worked on several Democratic campaigns, including Tom Henry’s 2011 bid for mayor of Fort Wayne, Ind., and John Callahan’s campaign for Congress in Pennsylvania in 2010.

FREDERICK SPLIT: State lawmakers representing Frederick County have split over a proposal to increase the local hotel tax rate and loosen up funds to bring lodging and a conference center to Carroll Creek, reports Bethany Rodgers for the Frederick News-Post.

ROSECROFT’S SHAKY FUTURE: With the Prince George’s County executive backing National Harbor as the only acceptable site for a casino in the county, horse owners and breeders say they fear for Rosecroft Raceway’s future and their livelihood yet again, Hanah Cho writes for the Sun.

YOU ELECTED THEM: Annapolis Capital columnist Eric Hartley points his pen directly at one Arundel councilman as he discusses that body’s split over appointing a replacement councilman and the things we learn about our elected officials. 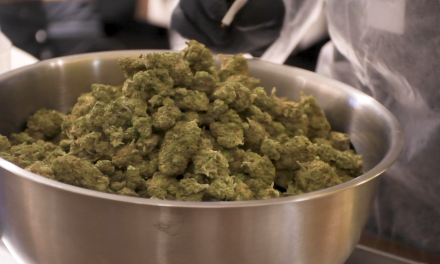