EVANS TOP LOBBYIST: Gerard E. Evans has regained the top spot among Maryland lobbyists a decade after serving a prison term for fraudulent practices, blogs John Wagner for the Post.

PLANMARYLAND: Maryland Juice discusses PlanMaryland with a Montgomery County Planning Board member, who explains why the controversial executive order is not what its critics say it is.

ENERGY USE CUTS: Maryland is set to enter the second phase of its energy use reduction plan, writes Jennifer Shutt of the Salisbury Daily Times.

ANOTHER GAS HIKE? Melinda Roeder of WBFF-TV reports that while the price for a gallon of gas went up 6 cents in the last week, analysts say that could be a bargain as lawmakers consider a 15% tax increase.

MO CO IN ANNAPOLIS: For Montgomery County legislators, the upcoming General Assembly session will center less on local bills and more on getting colleagues on board with the notion that investing in the Washington, D.C., suburb benefits the state as a whole, reports Sarah Breitenbach for the Gazette.

42nd DISTRICT CHANGES: The proposed 42nd legislative district, currently represented by state Sen. Jim Brochin of Towson, would see its boundaries expand greatly from the city line in Towson to the northern area of the county, writes Jon Meoli of the Towson Times.

DEFINING ELECTIONS: As this election season begins to warm up, columnist Michael Collins of the Annapolis Capital offers up a dictionary of important terms that should make navigating the campaign shoals a bit more humorous.

John Fritze of the Sun quotes Jacobs as saying, “A lot of people that I’ve been speaking with feel that once Dutch left Baltimore County and went to Washington he became Washington.”

The Post’s Ben Pershing blogs that Ruppersberger has won reelection with relative ease since first securing the seat in 2002, and the district continues to favor Democrats in 2012.

UNDERAGE DRINKING: John Fritze of the Sun looks into a blogger’s column about underage drinking by an intern for U.S. Rep. Andy Harris. You can read the blog here.

WETLANDS GRANTS: The Sun’s Tim Wheeler reports that nearly $2 million in federal grants have been awarded to protect and restore wetlands on the Eastern Shore, including a portion to enhance wildlife habitat on a 950-acre former bird sanctuary whose owner just donated the development rights to the state.

ENVIRO-JOBS: The Chesapeake Bay Foundation reports that instead of being job killers, environmental regulations have been job creators, writes Pamela Wood for the Annapolis Capital.

O’MALLEY DONATES: The $7,000 in campaign funds given to Gov. Martin O’Malley by a tax evader and former political appointee was sent to Farmers and Hunters Helping the Hungry, blogs the Sun’s Annie Linskey.

DGA FUNDRAISING: Gov. Martin O’Malley’s time on the road last year paid dividends: The Democratic Governors Association, which he chairs, raised a “record breaking” $20 million last year, according to a news release from the group. Annie Linskey reports the story for the Sun.

The group’s fundraising total will fall far short of the Republican Governors Association, which announced it raised over $22 million halfway through the year, blogs Aaron Davis for the Post.

WHAT’S AHEAD IN 2012? Representatives from many business and government sectors offer up their educated predictions for 2012 in this report from Business Monthly.

EARLY RETIREMENT: Alison Knezevich of the Sun writes that Baltimore County officials have received more than 650 applications for an early-retirement package — more than three times the number they had sought.

WOMAN HEADS COUNCIL: For the first time in more than 25 years, the Baltimore County Council has elected a woman as its chair, writes Bryan Sears of Patch.com. And a number of state delegates turned out to mark the occasion.

HOMICIDE: In an op-ed for the Sun, Gov. O’Malley touts Baltimore city’s 2011 homicide rate drop among other accomplishments of a decade long campaign.

CONAWAY REPAYS: Baltimore city Circuit Court Clerk Frank Conaway Sr. has paid more than $3,600 in back property taxes on a rental home he owns, months after it emerged that he’d wrongly been receiving a homestead tax break on the house for years, the Sun’s Scott Calvert reports. 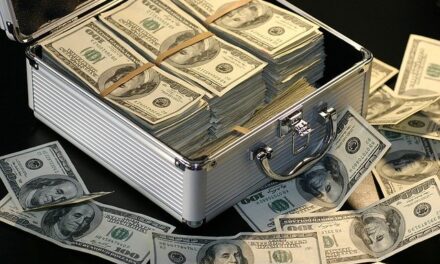