More economic uncertainty – brought on by potential cuts in federal spending, a lack of consumer confidence, and debt issues in Europe – led the Board of Revenue Estimates on Friday to reduce its projected revenues for fiscal year 2013 by $71 million to $14.4 billion in the general fund.

The numbers unanimously approved represent much slower growth for Maryland’s economy. The $14.4 billion revenue projection is just 2.6% more than the board believes the state will collect during this fiscal year 2012.

State Treasurer Nancy Kopp, who sits on the board with Comptroller Peter Franchot, and Secretary of Budget and Management T. Eloise Foster, said that while there is growth, the economic recovery is slow.

“We’re not growing as quickly as we would like,” Kopp said. “For that reason, we are being prudent in our projections.”

The projections approved by the board on Friday, which Gov. Martin O’Malley will use to make his fiscal 2013 budget proposal in January, reflect much of the economic uncertainty.

Bureau of Revenue Estimates Director David Roose assumed that Congress would not approve the controversial 2% payroll tax cut extension, which is set to expire at the end of the year. Several other tax breaks are set to expire, and Roose wrote the projection as if none of those were renewed. Additionally, he tried to factor in the impact of a $1.2 trillion federal spending cut, triggered because the Congressional “Super Committee” failed to come up with a bipartisan plan to reduce spending.

The result of these potential cuts are a $133 million decline in sales and use taxes because people will have less disposable income. Roose said that the impact of these cuts is likely to be greater in fiscal 2014.

However, given the volatile nature of discussions in Congress, and Maryland’s large number of jobs tied to the federal government, nothing is certain.

“I think it’s prudent to brace ourselves for a worst-case scenario even while hoping that we’ve turned a corner,” said Franchot, the board’s chairman.

Fiscal 2012 numbers are also taking a hit, with the total projection for the year’s revenues now $14 billion, falling $50 million from September’s figures. Corporate taxes are down $20 million from the estimate in September, leading the board to also reduce the corporate tax revenues for fiscal year 2013 by $32 million.

Franchot, Kopp and Foster all said that some of the most recent numbers were hopeful. Franchot said that the beginning of the holiday shopping season has shown a rebound in consumer confidence, with more shoppers hitting their local stores. However, he said, hope is not an economic strategy.

Kopp said that she found the talks on a Euro zone treaty very hopeful. Franchot said that he finds it very hopeful that Maryland’s private sector has a culture of innovation, which could ease the pain of economic changes outside the state’s borders. He said he is confident things will eventually end positively for Maryland.

“Until then, however, we have a lot of hard work left to do, and we must continue to exercise tremendous caution and restraint as Maryland’s chief fiscal stewards,” Franchot said. 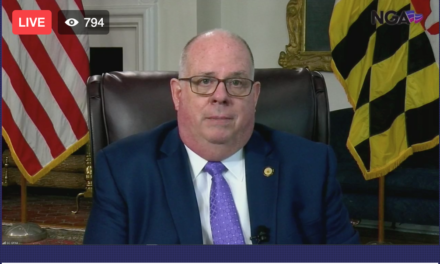