ICC LINK OPENED: The last major link of the Intercounty Connector opened to Laurel early yesterday, cutting drive times in half for many motorists, writes Katherine Shaver for the Post.

About 7,000 drivers showed up for the wet, foggy debut of the new section, the Washington Examiner’s Liz Essley reports.

JOBLESS RATE DROPS: Maryland’s unemployment rate improved to 7.2% in October as the state added 3,100 jobs during the month, reports Ryan Sharrow for the Baltimore Business Journal.

FRACKING: Western Marylanders only have to look to their northern neighbors to see what fracking has brought to them, writes the Capital News Service’s Greg Masters in the Daily Record. And many are happy that the state has instituted a moratorium.

But, in an article in the Cumberland Times-News, Allegany County Commissioner Bill Valentine said that a great economic development opportunity for Garrett and Allegany counties, as well as the state of Maryland, will be at stake if a draft study is adopted by the commission examining drilling for natural gas in Marcellus shale formations.

SEPTIC CURBS: A Maryland task force has backed off taking a more aggressive approach to curbing pollution from septic tanks in an effort to forge a consensus, instead favoring a more general, four-tiered approach, an AP story in the Daily Record reports.

CROWNSVILLE MOVE: Earl Kelly of the Annapolis Capital writes that members of Anne Arundel County’s House delegation said yesterday that moving the state Department of Housing and Community Development from Crownsville to Prince George’s County will waste millions of dollars.

Anne Arundel County delegates had hoped to learn more of the dollar figures justifying the proposed move from its state-owned headquarters in Crownsville to rental space at the New Carrollton Metro, writes Len Lazarick for MarylandReporter.com. But they got few answers.

COMMISSIONER CHALLENGES REMAP: A Frederick County commissioner yesterday filed a legal challenge to a new state plan that divides Frederick County between two congressional districts for the first time in more than 200 years, Bethany Rodgers writes for the Frederick News-Post.

WIND PROJECT CITED: A wind project in Garrett County was among 51 recent major enforcement actions taken by the Maryland Department of the Environment for alleged violations of requirements for land, air and radiation management, water and wetlands, according to the Cumberland Times-News.

EHRLICH TURNS AROUND: The Sun’s Jean Marbella interviews Bob Ehrlich, writing that he is taking his own advice, as offered in the title of his new book, ”Turn This Car Around.” The former governor is putting Maryland in his rear-view mirror. “The book is not for a Maryland audience,” Ehrlich says.

EX-CANDIDATE INJURED: Stephen Waugh, a Republican candidate for Maryland Senate for St. Mary’s, Calvert, Charles counties in 2010, has been hospitalized after crashing a small plane he was piloting, Carol Harvat reports for SoMDNews.com. His son was injured, but released.

SUPERCOMMITTEE FAIL: Washington County area businesses are concerned about their financial welfare following the failure of the supercommittee to come to some agreement on cutting $1.2 trillion from the federal budget, Don Aines of the Hagerstown Herald-Mail reports.

LOH TO INDIA: As most students are recovering from a post-Thanksgiving dinner coma Friday, University of Maryland College Park President Wallace Loh will board a plane for a six-day visit to India with Gov. Martin O’Malley to create partnerships and collaborations abroad, Yasmeen Abutaleb writes for the Diamondback.

JACK JOHNSON: Former Prince George’s County Executive Jack Johnson deserves a severe and lengthy prison sentence for orchestrating “one of the most egregious and notorious” corruption schemes in state history, federal prosecutors said, according to an AP story in the Daily Record.

Federal prosecutors released a secretly recorded video showing Johnson casually accepting a cash bribe on the day he was arrested in connection with a wide-ranging corruption probe, Andrea Noble reports for the Washington Times. A snippet of the entire video is embedded in the story.

EXEC PAY RAISES: Miranda Spivack of the Post writes that the Prince George’s County Council and county executive, already among the highest paid county government officials in Maryland, are due for a 3.4% raise next month. The increase comes at a time when public employees are enduring pay freezes and unpaid furloughs to plug local government budget gaps. In nearby Howard and Montgomery counties, pay raises are also in the offing.

YOUTH CURFEW: The Washington Examiner’s Rachel Baye reports that most Montgomery County Council members say they do not support the youth curfew County Executive Ike Leggett has pushed since July, despite a flash mob robbery at a 7-Eleven in Silver Spring last weekend.

Some opponents of the curfew have rallied around alternative legislation proposed by a Gaithersburg councilman that would outlaw loitering that raises suspicion, reports the Gazette’s Erin Cunningham.

SAME-SEX BENEFITS: Baltimore County officials are reviewing their options after an arbitrator ruled yesterday that members of the county police union who were married in same-sex ceremonies are entitled to county benefits, Bryan Sears of Patch.com reports.

A spokesman for Baltimore County said the county has the right to appeal the decision, but he could not say if the county’s lawyers would advise that, Arthur Hirsch writes for the Sun.

CONAWAY GUN PERMIT: The Sun’s Justin Fenton reports that state police said Baltimore Clerk of Circuit Court Frank Conaway permit to carry a concealed handgun expired in March, raising the possibility that he could face criminal charges after Monday’s altercation with a blogger. 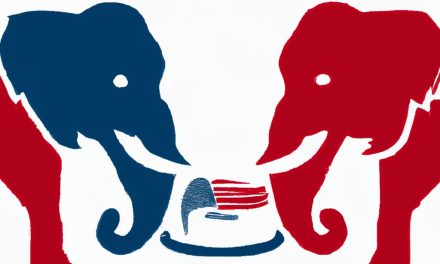 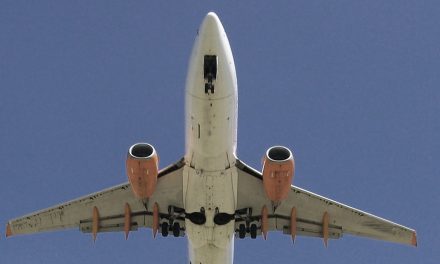