If the federal debt cap is not increased, “I don’t see much in the way of a happy ending for the state,” Deschenaux told the Senate Budget and Taxation Committee.

Maryland is set to sell more than $600 million in bonds today, but it has already been granted the triple-A bond rating for that sale.

“For the time being, we’re a triple-A state, and no one can take that away from us,” Deschenaux.

But Moody’s Investor Service has threatened to downgrade Maryland’s AAA rating if it downgrades the U.S. Treasury bonds because of the state’s heavy reliance on federal employment and federal contracting.

Failure to raise the debt ceiling will force the federal government to reduce payments to the states. “One of our small considerations will be our own bond rating,” Deschenaux said.

Any resolution of the debt crisis is also likely to involve cuts in federal spending, which will also impact the state budget.

As a way to protect itself from a rating downgrade, Deschenaux recommended that the state increase its fund balance and cash reserves. For instance, revenues for the fiscal year that just ended are $300 million ahead of estimates, and that money should be put in the rainy day fund rather than spent.

That’s the same recommendation made by Comptroller Peter Franchot last week when he announced the June revenue figures.

Maryland has a continuing “structural deficit” – mandated spending that exceeds revenues – and “Job 1 needs to be dealing with that,” Deschenaux said. 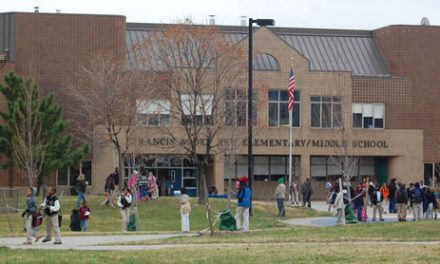