Many hatchery-produced oysters are illegally harvested

The fruit of at least a third of the work done by state agencies to restore the oyster population in the Chesapeake Bay is being stolen through illegal harvesting, according to biologists who research its oyster beds.

Others say that number is even higher, closer to 80 percent of the managed reserves and sanctuaries.

In all, fisheries Director Tom O’Connell said the state has invested about $50 million in oyster restoration since 1994. Yet the oyster population is still around 1 percent of historic numbers.

“We have to make some tough choices because if we don’t, those resources and the watermen culture could really collapse,” O’Connell said.

Donald Meritt is the oyster hatchery director at the Horn Point Laboratory near Cambridge and estimates that 80 percent of the oysters produced at the lab are illegally harvested, based on the appearance of oyster beds that are frequently checked on after being planted with hatchery spat, or baby oysters, on cleaned oyster shells.

“I don’t use the term poaching because it’s theft,” Meritt said. “Poaching sounds like a victimless crime and really, poachers steal from all of us.”

Watermen believe that while theft occurs, the number can’t be as high as Meritt claims.

“I could see a third of it being stolen, but 80 percent seems too high,” said Larry Simns, president of the Maryland Watermen’s Association.

It costs about $1.5 million to produce spat at the Horn Point facility each year. The state pays for about $500,000 through the Department of Natural Resources and another $500,000 comes from the University of Maryland. About $400,000 worth of operations are federally funded, with smaller donations from preservation groups.

Ken Paynter runs the University of Maryland’s Paynter Labs, which monitors the oyster restoration efforts once the new oysters leave Horn Point. Paynter said 33 percent of those oyster beds are illegally harvested based on police records, citations and eyewitness accounts at protected locations from 2008 to 2010.

While collecting the data, Paynter was shocked to find poachers while patrolling the sanctuaries.

“We called the Natural Resources Police and would go over and say, ‘Hey, do you guys know this is a sanctuary,'” Paynter said. “They’d say, ah, no, we had no idea.”

Some believe so many oysters are taken either because there are not enough Natural Resources Police officers on staff, or the fines for getting caught are too low. Maryland’s General Assembly waded into the issue in this year’s legislative session, passing multiple bills that increase fines for poaching oysters and other creatures to as high as $25,000.

But people who are trying to increase the oyster population say protecting oysters is extremely difficult and complicated.

Sen. Brian Frosh, D-Montgomery, remembers the moment he heard about the thefts so vividly, he can recall it word-for-word. Frosh was at the Horn Point Laboratory Oyster Hatchery and Meritt was giving Frosh and others a tour.

“It was a very startling and very depressing exchange,” Frosh recalled. “He said, ‘what do you think is the biggest cause of oyster losses in the Chesapeake Bay?’ I thought, it must be pollution, disease or over-harvesting and the answer was ‘No, no, no, it’s theft.’ And my jaw hit the floor.”

Some worry tougher penalties for poaching won’t be as effective without funding the police force that enforces those laws.

The Natural Resources Police force employs about 215 staff, with an authorization of 247. That’s down from 440 authorized staff in 1990.

A bill that would have mandated hiring more Natural Resources Police officers died in committee this year, which frustrated Senator Roy Dyson, D-St. Mary’s, who sponsored the bill.

“The whole purpose of a police force is to prevent crime,” Dyson said. “The opposite is happening on our waterways because there are so few police officers.”

Meritt said it’s most important that planted oysters grow old so that entire ecosystems can grow up around them, adding mussels and other creatures to the water-filtering mix. That can’t happen if they are continually raided.

Natural Resources Police records show 165 separate citations for oyster-related fishing crimes in 2008. There were 187 citations in 2009, but only 76 in 2010, according to DNR records.

Sgt. Art Windemuth, Natural Resources Police spokesman, said the drop-off in citations last year could be explained by multiple factors. Those range from cuts to staff and the possibility that the worst offenders were caught in the first wave of a crackdown on oyster poaching, funded with specially set-aside overtime money from the DNR.

“I think it’s a combination of all the factors and only time will tell if it’s a true decrease in the amount of activity because it’s just not occurring, or it’s all these other factors,” Windemuth said.

Dyson said he grew annoyed with all of the poaching legislation aimed at tougher penalties as this year’s legislative session stretched on, since he started to see that his bill to hire more Natural Resources Police officers wouldn’t pass due to lack of support because of budget concerns.

“I voted for them (the poaching bills) even though in the end I started to think they were a joke, because if you don’t have the people to enforce them, what’s the point,” Dyson said.

While legislators and watermen alike agree that adding more staff to the police force would deter poachers, no one believes such a bill will pass next year, either.

“I would love it to, but realistically, it’s not likely to happen,” Frosh said. “Next year is going to be just as bad as this year and we will probably have a special session in the fall just looking at ways to raise revenue to keep the fires lit.”

What could happen, instead of adding more police, is controversial and being carefully approached within the DNR.

The DNR is exploring whether to add a permanent GPS-tracking device to all boats that commercially fish in Maryland, O’Connell said.

“If we went down that pathway, we wouldn’t necessarily need more officers on the water,” O’Connell said. “It’s a smarter way to utilize more technology.”

O’Connell said he was surprised when the idea was broached by watermen who have had enough of illegal poaching and called him after news coverage in January, when some Eastern Shore watermen discovered tracking devices on their boats.

The tracking devices were later tied to the DNR and some watermen protested, asking whether the DNR had acquired warrants before using the devices. DNR Secretary John Griffin later wrote to news outlets that the devices were placed on the boats legally.

Simns said he has decided to support the idea of the DNR requiring the use of tracking devices on boats.

“Yeah the watermen, especially the ones breaking the law, they’ll raise hell,” Simns said about the possibility of tracking devices. “I’ll have to take the heat from them but that’s OK, because honest watermen want to do whatever it takes.” 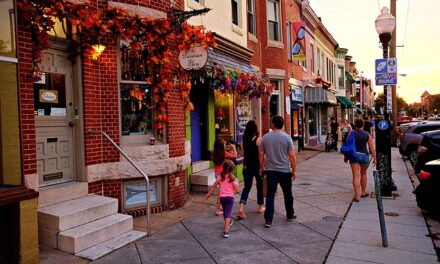 New website covers statehouse news from across the nation