Senators and delegates on the budget conference committee who had seemed far apart Friday quickly worked out two of the larger points of contention between the House and Senate Monday morning– changes to the retirement system and retiree prescription benefits.

The compromises leaned more toward the House of Delegates version of the pension and benefit plans.

While the conferees were satisfied, Clara Floyd, the president of the union representing 71,000 teachers and administrators, called the compromise “totally unacceptable.” In a statement, the union said its members were “deeply disappointed in the conference committee’s decision to pursue cuts which would send educators’ retirement benefits back to the worst in the nation.”

As the lawmakers sat down to bargain, the only thing that everyone agreed was that starting on July 1, employees and teachers should contribute 7% of their salaries to the plan – up from a 5% contribution for most of them now. The committee took a short break, and after the two sides chatted for a few minutes in another room, they announced the following compromise:

• New employees entering government service July 1 and later will get a 1.5% multiplier of their annual salary to determine their pension amounts. Current workers have a 1.8% multiplier.

•  The “rule of 92” imposed in the Senate was decreased to the “rule of 90.” This means that if an employee wants to retire before he or she is 65, his or her age and years of service must add up to 90.

• The Judicial Compensation Commission will decide whether judges’ contribution rates need to be adjusted.

• Contributions to the system are not capped at 20% of payroll, but the amount of savings from the pension reductions are capped at $300 million in later years.

• Administrative costs for the system are charged back to all local government employers except libraries.

The conference committee decided on the following parameters for the retiree prescription plan, which affects on state employees, not the teachers:

• Retirees who went to another job after their state service can qualify for benefits later on.

The Maryland State Education Association had presented its own pension reform plan to the General Assembly. Financially, it made similar cuts and would have brought the state to its mandated funding of 80% on schedule in 2023. This plan was rejected.

“A two-tiered system, severely cut benefits, and an immediately increased contribution rate will do great harm to our ability to recruit and retain the excellent educators that our schools need,” said MSEA President Clara Floyd. “Although MSEA presented a compromise solution which would have maintained a sustainable pension system, protected educators’ retirement security, and met the same fiscal targets and savings as the governor’s proposal, elected officials chose to make far deeper cuts than were necessary. Unfortunately, this short-sighted decision will have long-term effects on the quality of our schools.”

American Federation of State, County and Municipal Employees Deputy Director Sue Esty did not speak out as strongly against the committee’s decisions on the pension system on Monday, but the sentiments were the same. She said that the union would continue to fight for decent benefits, and members would start by showing their legislators just how disappointed they are in the proposed system.

“In the long run, we need to increase the benefit level,” she said. “There’s always talk about sustaining the state budget. We need to look at also sustaining our retirees.”

“It’s always a hard decision when you’re saving money on the basis of cutting costs,” said Kasemeyer. “It’s not easy. It’s hard. But we finished at a good place for the retirees.”

Under the compromise plan, retirees will not be as financially impacted as they would have been under the Senate’s initial proposal. That had a $500 deductible, a 25% coinsurance requirement, and an out-of-pocket cap of $2,000 for a single retiree and $3,000 for a retiree and spouse.

The Senate’s plan saved the state about $10 million more each year. The compromised significantly decreased the state’s long-term liability for postemployment benefits, currently estimated at $15 billion.

House Speaker Michael Busch was pleased with the conference committee decisions. The House’s priority was ensuring that retirees would be able to afford their prescriptions and that retirement benefits would continue.

“Our primary concern was them,” he said.

Esty of AFSCME said that although the pension compromise leaves much to be desired, the union is grateful for the retiree prescription compromise.

“They have kept medicine affordable for more people,” she said. 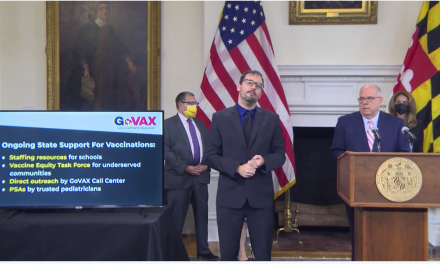