General Assembly budgeters want to take a hard look at the proposed sale of the state-owned Crownsville headquarters of the state Department of Housing and Community Development and its relocation to rental space near a Metro stop in Prince George’s County.

Anne Arundel County officials, the department’s employees and the union that represents them have all opposed the move proposed by Gov. Martin O’Malley to satisfy a 2006 campaign promise to relocate a major state agency to Prince George’s County.

Opponents say that the move from the 20-year-old office building on land at a former state mental hospital makes little economic sense, forces employees to commute longer distances and will cost more money in the long run.

On Thursday, with no discussion, the senators and delegates on the budget conference committee approved language withholding $250,000 in the Housing Department’s budget until the department and the Department of General Services submit a detailed report for constructing or rehabilitating a new headquarters.

The report must also discuss how current employees will get to the new headquarters and how the move will affect employee turnover and commute times.

Once the report is submitted, the House Appropriations Committee and the Senate Budget & Taxation Committee will have 45 days to review and comment on it.

O’Malley issues official redistricting map, with changes in some counties 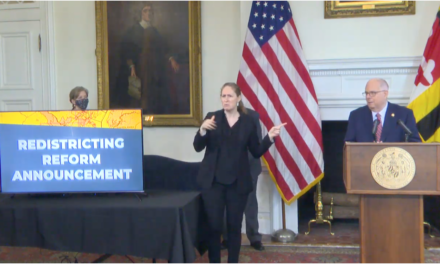