As far as some rural lawmakers are concerned, the proposed new limits on septic systems for homebuilding backed by Gov. Martin O’Malley and environmentalists are part of a “war on rural Maryland,” as a new website describes it.

“This is about a power grab, this is not about the environment,” said Senate Republican Whip E.J. Pipkin, from the four Upper Shore Counties, who launched the fledgling website with Del. Michael Smigiel, R-Upper Shore.

“It’s simply dumb growth, it’s expensive and it’s polluting,” said Will Baker, president of the Chesapeake Bay Foundation, at a news conference with the governor. Septic systems produce five times as much nitrogen and nutrient pollution as sewage processed through waste-water plants, he said.

The bill by Del. Stephen Lafferty, and the Senate version by Sen. Paul Pinsky, would give the state veto authority over any housing development of five units or more that does not connect to a government-run sewer system or have its own waste-water treatment plant. Even smaller developments of one or two homes must have more sophisticated nitrogen-removing septic systems.

According to the bill, Maryland has 430,000 on-site septic systems releasing 4 million pounds of nitrogen that makes its way into the Chesapeake and coastal bays by seeping into ground waters. That’s about 8% of the nitrogen load that goes into the bays.

Gov. Martin O’Malley said Monday it was the one area of bay pollution that had been increasing, as progress was being made on pollution from farm runoff, storm water and treatment plants.

The proposal was immediately attacked by Republican legislators from rural areas as a jobs-killing measure that would further devastate the hard-hit homebuilding industry and destroy rural land values by curtailing development.

But O’Malley countered, “What good is a property that sits on a dead river?”

Lafferty, a Towson Democrat, said that 140,000 acres of farmland have been lost over the last 10 years through the proliferation of small developments with septic systems.

“I don’t really see the doom and gloom,” Lafferty said. “I don’t see the devastation of land values… It does not stop all development as has been reported.”

O’Malley pointed out that Worcester and Caroline counties on the Eastern Shore had already taken similar steps on their own to curb development.

Eastern Shore legislators who attended the news conference were not mollified.

Del. Mike McDermott, the new Republican delegate from Worcester County, including Ocean City, said, “No Eastern Shore senators or delegates were consulted” before the introduction of the bill.

McDermott said as mayor of Pocomoke City, he was involved in the county planning process. By involving local citizens and officials, “you generate a cohesive plan.”

He said the Lafferty-Pinsky bill is “an over-reach by a state agency. It ought to be done at the local level.”

He noted the co-sponsors on the bills were all urban and suburban legislators from areas that would be little affected by the measure.

Pipkin also complained that the sponsors “never bothered to ask us.”

“This concept is so flawed,” since it gives the state departments of the environment and planning veto power over local rules, Pipkin said. “It needs to be rethought.”

Pipkin said Monday he met with the Cecil County administrator and planning officials who were already in the midst of drafting rules to implement the new Chesapeake watershed implementation plan mandated by the federal Environmental Protection Agency. The EPA mandates total daily maximum loads (TDML) of pollutants that may flow into the bay.

“In the middle of this process, we got this power grab,” Pipkin said.

The legislation grandfathers any housing subdivisions that were submitted for local approval before Jan. 1 of this year and are approved by July 1, meaning the new law would not apply to them. State officials said they had no idea how many houses that might involve.

Republican opponents unite behind the victors 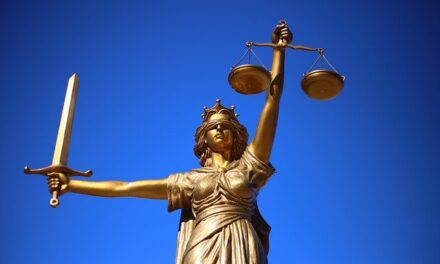 Cyberattacks threaten Md agencies, but no evidence of major disruptions