TOWSON PRESIDENT: President Bob Caret of Towson University is leaving to become president of the University of Massachusetts system, Childs Walker reports in the Sun.

MEDEVAC LAWSUIT: In a $4 million lawsuit against the U.S. government, the state of Maryland charges that performance failures by air-traffic controllers were a “substantial cause” of a 2008 medevac helicopter crash that killed four people near Andrews Air Force Base. Nick Madigan reports in the Sun.

NO MORE PBJ: After realizing it was a high-profile mistake, an Anne Arundel County Circuit Court judge denied head of the State Attorney General’s civil rights office Carl Snowden’s request to keep his sentence of parole before judgment for a drunk driving violation, reports The Sun’s Andrea Siegel.

Because Snowden was allowed to plea with the promise of the PBJ, the judge is letting him choose his fate, reports The Capital’s Scott Daugherty. Snowden has a week to decide if he wants to withdraw his guilty plea and start the court process from the beginning, or get re-sentenced with a conviction on his record and a potentially stiffer penalty.

ENVIRONMENTAL EDUCATION? The Chesapeake Bay Foundation is questioning whether a graduation requirement for all high school students to take a class to take a social studies, science  or AP environmental science course passed by the State Board of Education in September allows schools to get by without adding any new environmental science curriculum, reports The Sun’s Liz Bowie.

MINOR PARTY MELEE: After a Green Party operative collecting signatures at the Ellicott City library for the party to retain recognition for the 2012 ballot was pepper sprayed and arrested in December, party leaders are wondering where they can go to get the signatures they need in order to stay a recognized party, reports The Sun’s Larry Carson.

PENSION SHIFT COMING: All the members of the Howard County General Assembly delegation speaking  at a League of Women Voters meeting in Ellicott City – except Del. Guy Guzzone – felt that while counties may escape having to pay for teacher pensions in the 2012 budget, the state is likely to transfer that responsibility in the future, reports The Sun’s Larry Carson.

ASTI FLIER: The Maryland Judicial Campaign Conduct Committee cited new Anne Arundel County Circuit Judge Alison Asti for distributing a misleading flier on Election Day, reports The Sun’s Andrea Siegel. The Capital reports that the flier appeared to come from both Asti and Judge Laura Kiessling, who also won the election. The Committee has voluntary standards, and cannot enforce penalties when they are not followed.

A complaint was also brought concerning Asti’s $150-per-ticket fundraiser in December, but the committee did not find her in the wrong because she hadn’t yet taken the oath of office, reports The Daily Record’s Steve Lash.

ELECTRONIC FILING: In the next four years, Maryland’s state courts will be much less cluttered with paper, as the judiciary introduces electronic filing for documents. But a Senate committee chairman complained about the long time to implement the new system. Megan Poinski reports in MarylandReporter.com.

MYSTERIOUS TAX INCREASE: Howard County Sen. James Robey, a Howard County Democrat, is skeptical of a proposal from Howard County Executive Ken Ulman to raise the hotel/motel tax because the draft legislation does not specify where the money will go, writes The Sun’s Larry Carson.

CIVILITY RULES: In the wake of the weekend’s deadly shooting at a Congresswoman’s event in Tuscon, Ariz., some Marylanders – chiefly Johns Hopkins University professor P.M. Forni, author of “Choose Civility” – are welcoming the more civil tone championed by lawmakers and pundits, reports The Sun’s  Jill Rosen and Jean Marbella.

WHAT’S THE DATE? Otis Rolley, who plans to challenge Baltimore Mayor Stephanie Rawlings-Blake this year, sent an e-mail to supporters asking them to contribute to his campaign before the Jan. 13 fundraising reporting deadline. The problem, blogs The Sun’s Laura Vozzella? The deadline was Jan. 12.

GAY MARRIAGE BILL: A bill to allow gay marriage is expected to be introduced by House and Senate leaders next week, reports The Sun’s Annie Linskey. Sens. Rob Garagiola and Rich Madaleno will be primary Senate sponsors, and Majority Leader Kumar Barve and Del. Keiffer Mitchell will introduce it in the House.

CIVIL UNIONS: Alan Brody in the Gazette says Sen. Allan Kittleman could stand alone on his proposal for civil unions for both gays and straights.

MORE LOCAL TAXES: The Sun’s Julie Bykowicz blogs that Senate President Michael Miller and Speaker of the House Michael Busch could be making the case that more local taxes could be levied based on the appendix of a November fiscal report.

MOCO AND PG WISH LISTS: Montgomery and Prince George’s County members of the General Assembly have a common strategy: come up with a wish list of state spending, and scramble to see what can get done, reports The Post’s Miranda Spivack and Michael Laris. Of course, with this year’s tight budget, the strategy is getting harder.

NO SMOOTH SAILING: New Prince George’s County Executive Rushern Baker III is having a rocky start to the job, with rampant homicides in the county and a tainted image of county government from disgraced former executive Jack Johnson, reports The Post’s Mike DeBonis.

SESSION STARTING: The Capital’s Liam Farrell writes about the opening of the 428th General Assembly: like the start of summer camp – but with voting power.

WIND POWER: Gov. Martin O’Malley will include a bill to require utility companies to enter into long term agreements to purchase wind power in his legislative agenda this year, according to an Associated Press story picked up in the Daily Record.

DIME A DRINK: The proposed 10-cent per drink tax on alcohol is gaining steam, according to a study by the Maryland Citizens’ Initiative and reported on by the Salisbury Daily Times’ Greg Latshaw. According to the study, 75 lawmakers now support the tax.

TBD has video of the story from Washington D.C. station ABC7’s Jennifer Donelan.

BAG CHARGE: WJZ’s Kai Jackson talks with shoppers and stores about the potential impact of a bill to be proposed by Del. Al Carr imposing a 5 cent surcharge on plastic grocery bags. Carr says the funds would be used to clean the Chesapeake Bay.

RACE TO THE TOP: Half of the $250 million in federal Race to the Top funds Maryland received are left to the State Department of Education’s discretion to distribute among districts trying to reach reform goals, State Superintendent Nancy Grasmick told a Senate committee, the Associated Press’ Brian Witte reports on WTOP’s website. WTOP also prints a chart of how much each county has received.

TURNBULL LEAVING?: Susan Turnbull may step down as chair of the state Democratic Party, Alan Brody reports in the Gazette.

STORMWATER FEES: Maryland counties and Baltimore city would be required to set and collect stormwater management fees from property owners under legislation that environmental advocates are drafting in cooperation with builders and local governments, Margie Hyslop reports in the Gazette.

RASCOVAR, LEE: The “no new taxes” pledge may be broken once legislators see the budget, says Gazette columnist Barry Rascovar. Blair Lee in the Gazette has a second round of his best and worst list.

MONITORING OXYCONTIN: Maryland is lagging behind neighbors Delaware and Virginia when it comes to monitoring the sale of some prescription narcotics, and Gov. Martin O’Malley told his final pre-inaugural forum that he finds that unacceptable.

SCHOOL FEES: Some state school systems have a lot of added fees for some course while others have none, Andrew Ujifusa reports in the Gazette.

YOUTH CONCUSSIONS: Delegates are hammering out the details of bill to help prevent concussions among young players, Jeff Newman reports in the Gazette.

ARIZONA SHOOTING: Benjamin Ford in the Gazette has some local reaction to the shooting of  Rep. Gabrielle Giffords in Tucson.

TECH TRANSFER: University Chancellor William E. Kirwan told the Gazette editors that Maryland’s research and development faculty must depart from focusing almost exclusively on pure research and academics, so the state can take advantage economically of its laboratory and research institutions.

NOTEBOOK: In the Gazette’s Reporters Notebook, you can read about Mike Miller’s chickens and Mike Busch’s colonoscopy, along with items about Susan Turnbull, Maggie McIntosh, Joe Getty, Allan Kittleman and Doug Gansler. And a separate feature on the speaker’s snow job.(If you’d like to read about Busch’s visit to the doctor in his word, check out last Monday’s Annapolitics blog.) 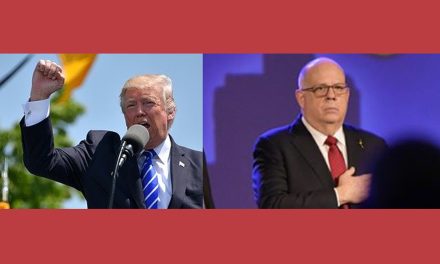